Do you feel that money is a tool of evil and that being wealthy is a villainous act? If so, oh man do we have a great podcast this week that will change your mind!

Money is one of those taboo topics that you never ever discuss around the Thanksgiving Table, and just like those other topics you don’t discuss, often there are very strongly held opinions about what’s “right” and what’s “wrong”... and it’s all implied.

We’re taking the topic head-on this week in The CRUSH Method Show because frankly, it does need to be talked about!

If you are serious about making your coaching business be something that you can really live off of, then listen in… we’ve got some juicy tips for you, and no one has to know that you watched this. ;)

Just kidding, be sure to share it far and wide with your other coach CEO friends, because we really need to destigmatize the idea that you should be paid fairly for your coaching services.

I remember when I was starting out, I was so terrified that people wouldn’t see the value in what I was doing as a high-performance coach…

So I invested in not one, but TWO very fancy, very expensive coaching certifications to give me “the chops” and credibility that I thought I needed to be successful.

The truth is, those certifications did indeed help me with my skills - however, they didn’t really help me when it came to actually attracting and converting leads into clients… this dilemma is so prevalent in the coaching industry that people actually joke about it.

Not making money as a business owner is not really that funny… If you are dead serious about actually making the leap and not just talking about it, this is a must-see episode.

Amanda and Chris are discussing how your fear of acceptance around money and the overwhelming “need” to have everything perfect can hold you back from your profitable coaching business… Come join the CEO Coach Community at The Coach’s Plaza at www.thecoachesplaza.com

Get the full vlog, transcript, and mp3 at https://bit.ly/3b9weEG 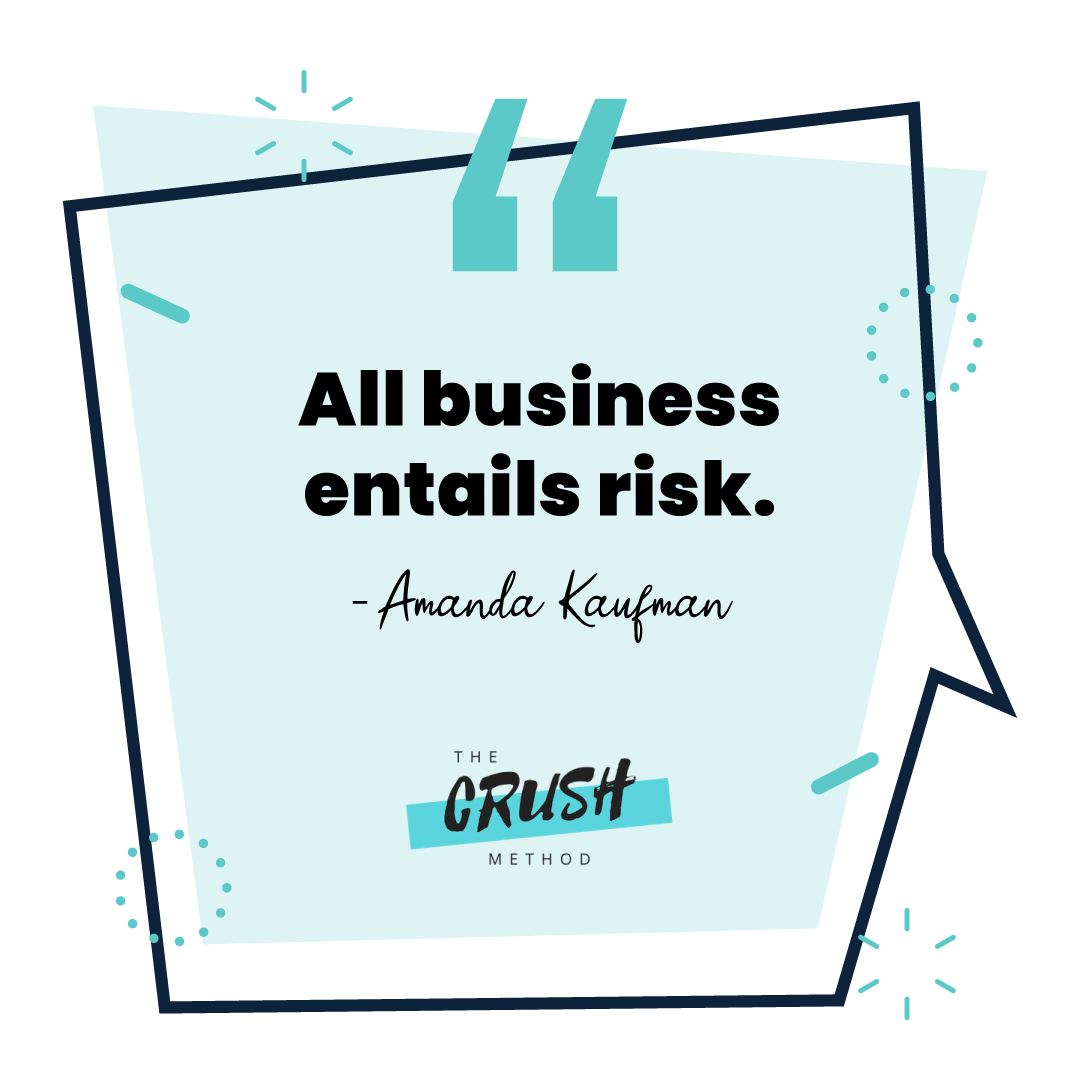 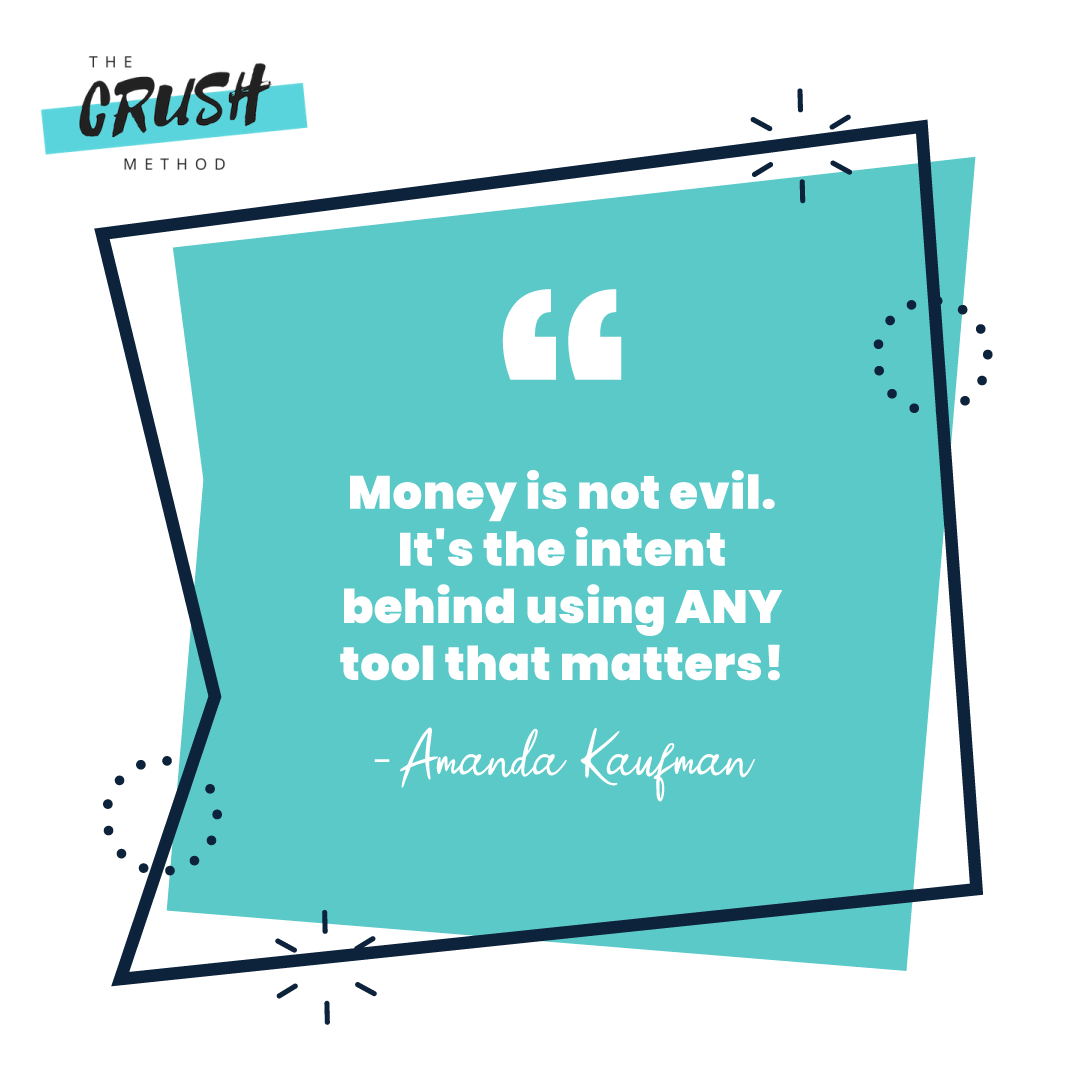 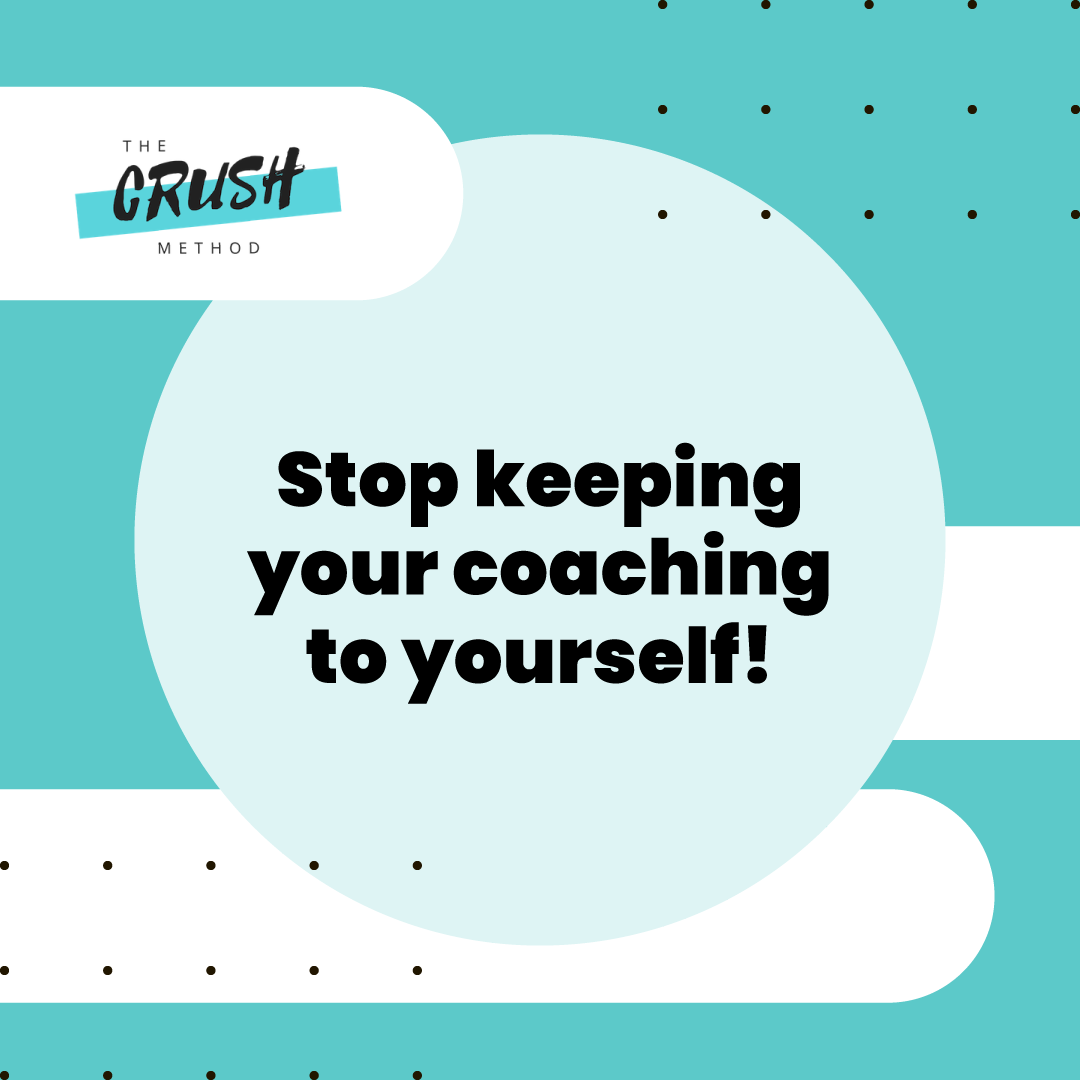 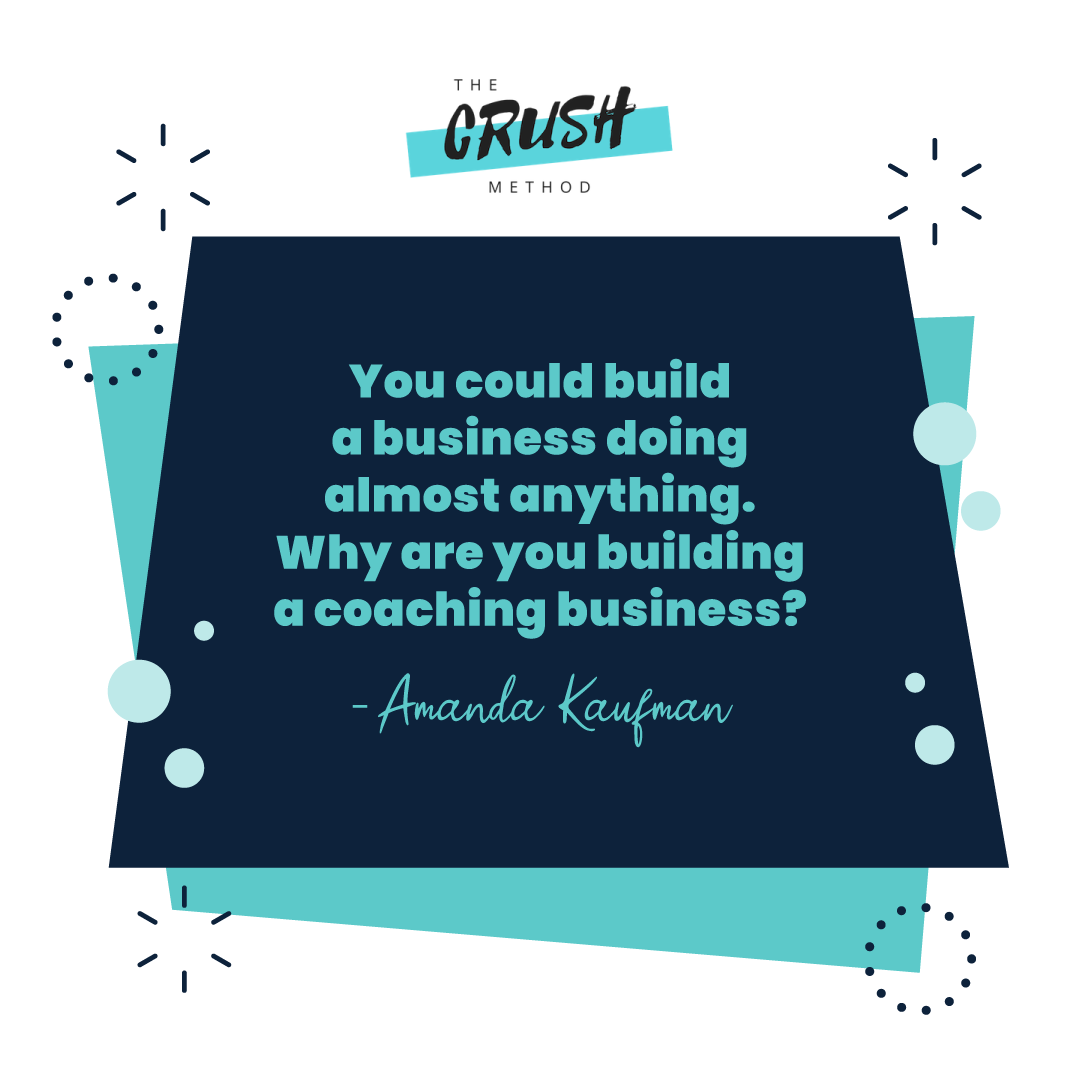 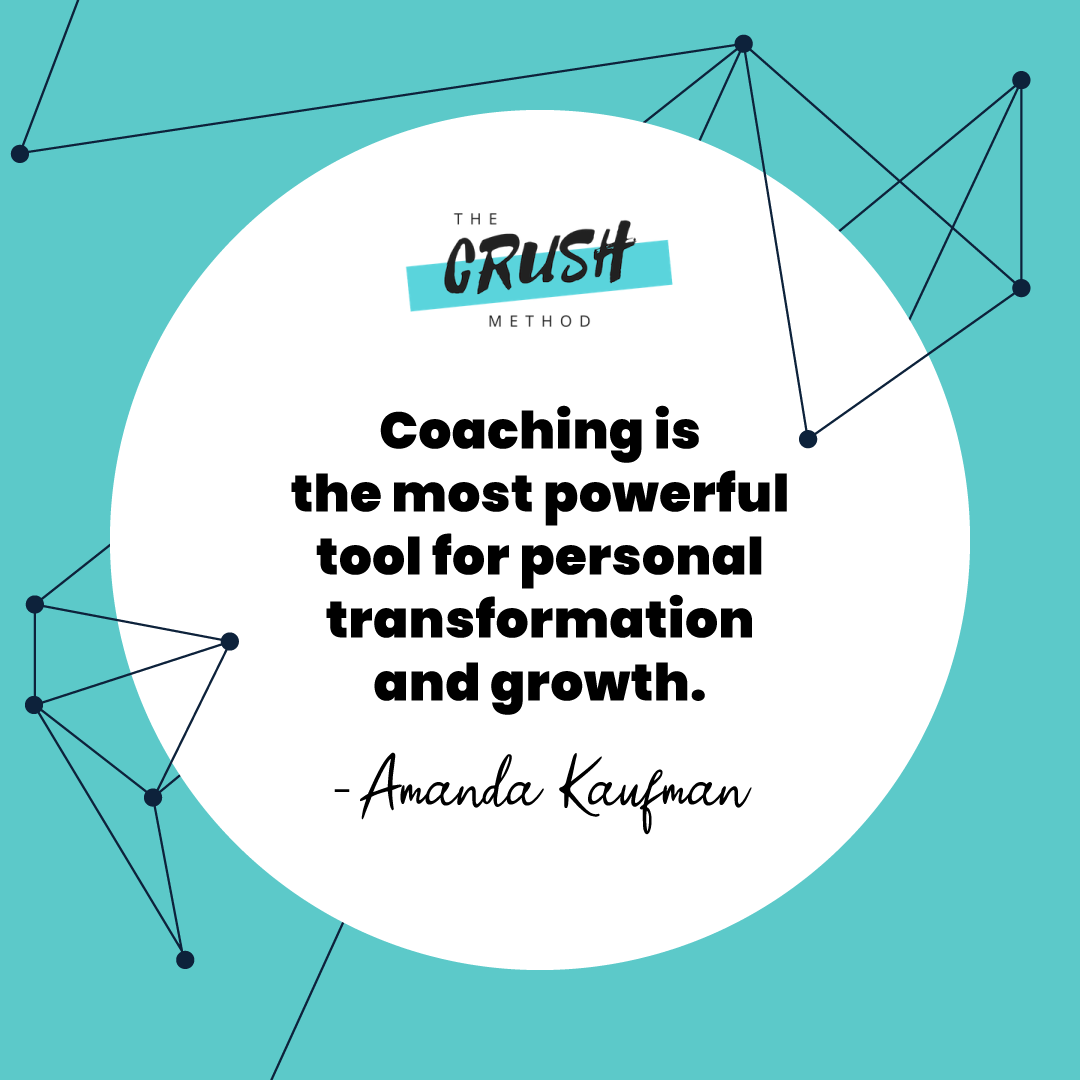 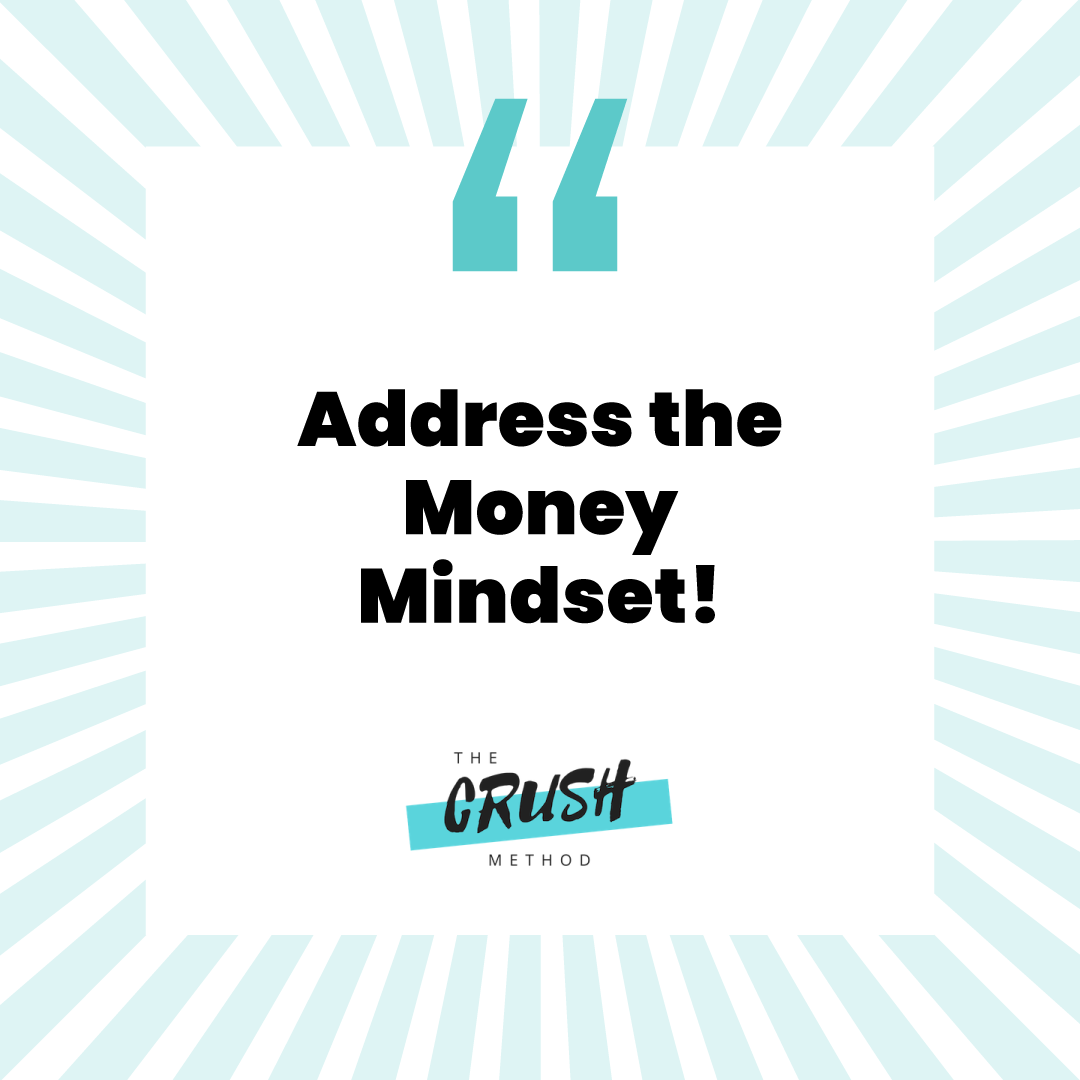 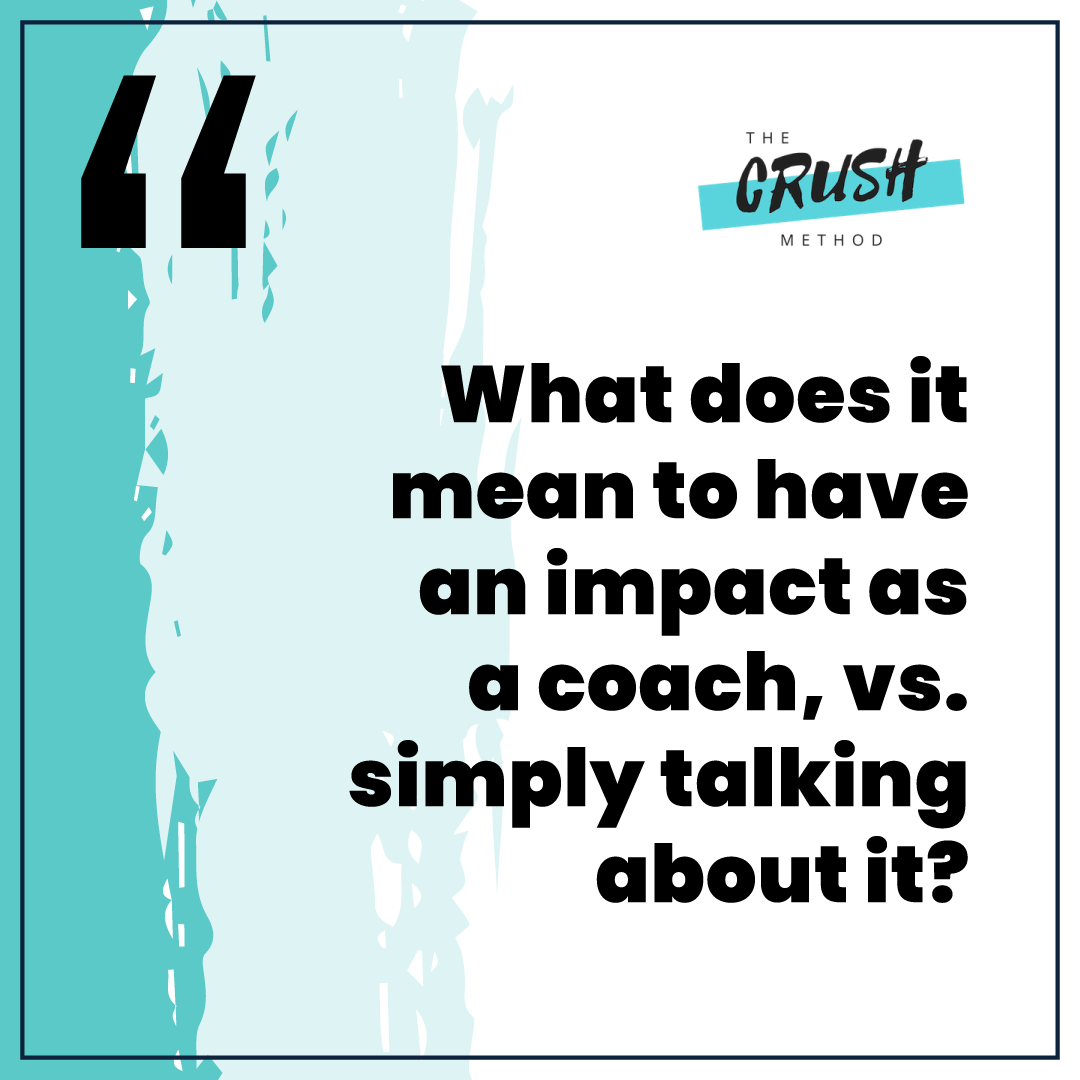 All business entails risk, right? And I love fairytale stories just as much as the next person. Right? And the real truth is when you see somebody who's talking about how they're smashing $500,000 months or a hundred thousand dollar months, or they're posing in front of the Lamborghini or the jet plane, that may be real, but I want to be real with you that most coaches never make it.

And the main reason that I can tell as a practitioner of somebody who's worked for, you know, with hundreds and hundreds of coaches, literally every week, we're having dozens and dozens of conversations. The common issue is what's going on between the ears. The money mindset. Absolutely. There's a lot of mindset work. So we need to do the mindset work because

real talk because, most of the amazing coaches that I talked to who are super talented, who have the best heart to serve in all the land, have a lot of stinkin' thinking when it comes to money. We've talked about stinking thinking before, but this time we're going to talk about money, stinking thinking. Exactly. So, basically,

And the reduction of your fear-based expenditures, yeah. Take that out and go ahead. And you're going to have yourself a profitable business. That's kind of the idea. Now here's a big disclaimer. We are not telling you you're going to make any money. In fact, you probably shouldn't listen to us at all when it comes to money,

we are completely insane. We have nothing of value to tell you about this, right? She's kidding. And coaches don't make money. Oh, these are a lot of the myths you hear, for example, around money mindset related to coaching. Yeah. Actually coaches make about $42,000 a year. In reality that's what a lot of coaches only make is about 42.

That's what's going to help move you from 42 or lower as a coach, to actually being a successful professional in a coaching business. We're going to tell you the raw truth. And the truth is that a few years ago, I was really scared to sell coaching. Really scared, like to the point where I didn't tell anybody that I was going to be a coach,

because I didn't want to be kind of a fool. You were a closet coach. I was closeting. You were, you were closeted. Absolutely. You didn't want to put it out there and have somebody not agree with you or maybe call you out and say, "Oh, you're not a good coach", for example. So you played small. And then that's why,

for example, when you started, you charged your first client, $10 a session who was your best friend, and then they never showed up. So talk about starting small because of fear of acceptance around money. And here's, here's the big lesson in that is like, not only did I charge very little, ($10), 10 bucks a session, like come on,

you know, very, very small fee. Considering how many years I had put into becoming a coach, the certifications that I had taken to become a coach, my education, my work experience, my life experience, like everything that I was bringing to the table for me to like have the words $10 an hour come out of my mouth were really a lack of belief in the value that coaching truly.

Absolutely. Because at the same time, you are a consultant with a global consulting organization and they billed you out at several hundred dollars an hour for the same person. And I wasn't connecting the value. So that's a mindset, problem, (value connection). The other thing is that because I was so scared of it, I did. What most coaches do. I put my head in the sand and I was just not addressing it.

I just wasn't addressing money. Mindset, maybe played smaller as a result. Absolutely. So I didn't allow myself to research how to sell because I didn't want to be an icky salesman. Absolutely. Everybody goes through it and it's okay to go through a coach. We're not sitting here telling you you're bad for having money mindset issues. It is honestly part of growing up in the world.

You will come with baggage from your experiences growing up, but it's not necessarily going to serve you in creating the coaching business you want for your future. I grew up with a lot of negative money mindset reinforcement. Yep. So for example, look at every movie that's been produced by Disney and Marvel and universal and like all the Hollywood movies, the bad guy always has a lot of money.

It's always a rich billionaire bad guy. Yes. And then like even Batman, who's arguably a pretty good guy, Dark hero, but he's still, yeah. He's, he's the wealthy kind of troubled troubled person. So there's a lot of negativity we put into money. I mean, Cruella de Vil, for example. Exactly. And then a lot of heroism is associated with a person who has nothing.

Yep. The scrappy person who has no tools or resources, but perseveres, that's the one we idolize and we vilify the people who actually have been successful. Exactly. So what can happen with a lot of money mindset is even subconsciously like even not even being aware of what I just said about all of the, the Disney fairytales and all the different stories that vilify people who have money and basically,

you know, kind of extol that to not have money is more noble. It's a virtue. And is virtue- virtuous. It's a sign of virtue. We kind of internalize that as, as a society. So like when I'm talking about there's forces at work here that are somewhat working against you with the money mindset thing, culturally or otherwise. Exactly. And I know for me,

when I got into the coaching industry, I saw a lot of like  25 year old guys posing on top of Lamborghinis or rented planes, things like that. I didn't know they were rented at the time, but like- That came later, you know, the beach bikini and like working from Cancun or whatever, and like all this jet setting lifestyle kind of,

kind of images that I was seeing and I'm sitting there and I'm kinda like, yeah, I just kind of want to make my minivan payments. You know, like that, that was how I was thinking about money at the time. But I didn't realize, I didn't realize one really, really big distinction. And that is that what you're doing here with your business,

You're wanting to build a coaching business. So why are you wanting to build a coaching business? When I got really tuned into my why. I realized I wanted to have greater impact. You want to have more impact and you feel that you're going to have more impact as a coach. Then you were going to have impact and maybe whatever else you've been doing.

So that's why you chose a coaching business, maybe. That was me. For you. But I had to get real about something. And this is, this is principle number one, money is not evil. Nope. It's not. It's the intent behind using any tool that matters. It's your intent that matters. Money is actually neutral. It's just a tool.

Completely different radical levels of change. It's really what kind of gets me going. And that's why I love supporting coaches because I know that coaching is the most powerful tool for personal transformation and growth that there is. There's just, there's nothing that compares to it. Absolutely nothing that compares to it. Yet we coaches struggle with the same thing that other mortals also struggle with. And that is, we don't believe in ourselves enough. We don't know. We don't know enough what needs to happen. Well, and we start thinking about money related to our coaching business and we worry what making a lot of money in our coaching business maybe means about us or maybe what it means if we don't make a lot of money in our coaching business.