Our Secrets To Overcoming The Top 3 Objections To Coaching

Selling coaching shouldn’t feel sleazy, it shouldn’t feel gross, and it doesn’t have to be sneaky or anything like that. It can be sincere and above board.

Today Amanda and Chris are breaking down exactly why people invest in life and executive coaching and how you can use predictable sales systems to consistently attract clients into your business.

So if you know how to properly anchor the value of what you are doing to the outcome results people want to have, it changes the conversation altogether.

Isn’t that the goal? To help people to achieve an outcome with your coaching?

If you’re excited to see how you can overcome these top objections to create clients consistently, you won’t want to miss this episode of The CRUSH Method Show!

Join the CEO Coach Community at The Coach’s Plaza at www.thecoachesplaza.com. 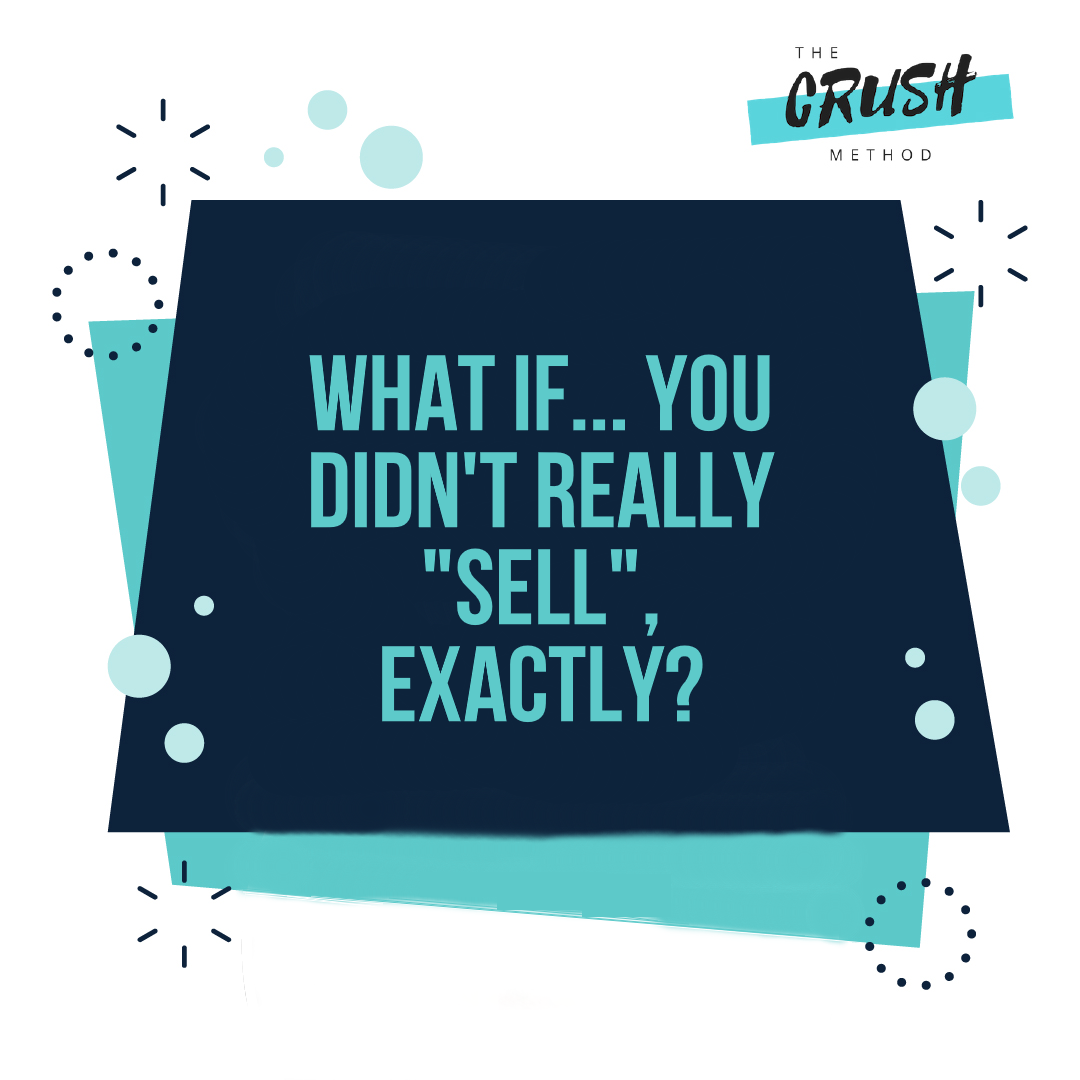 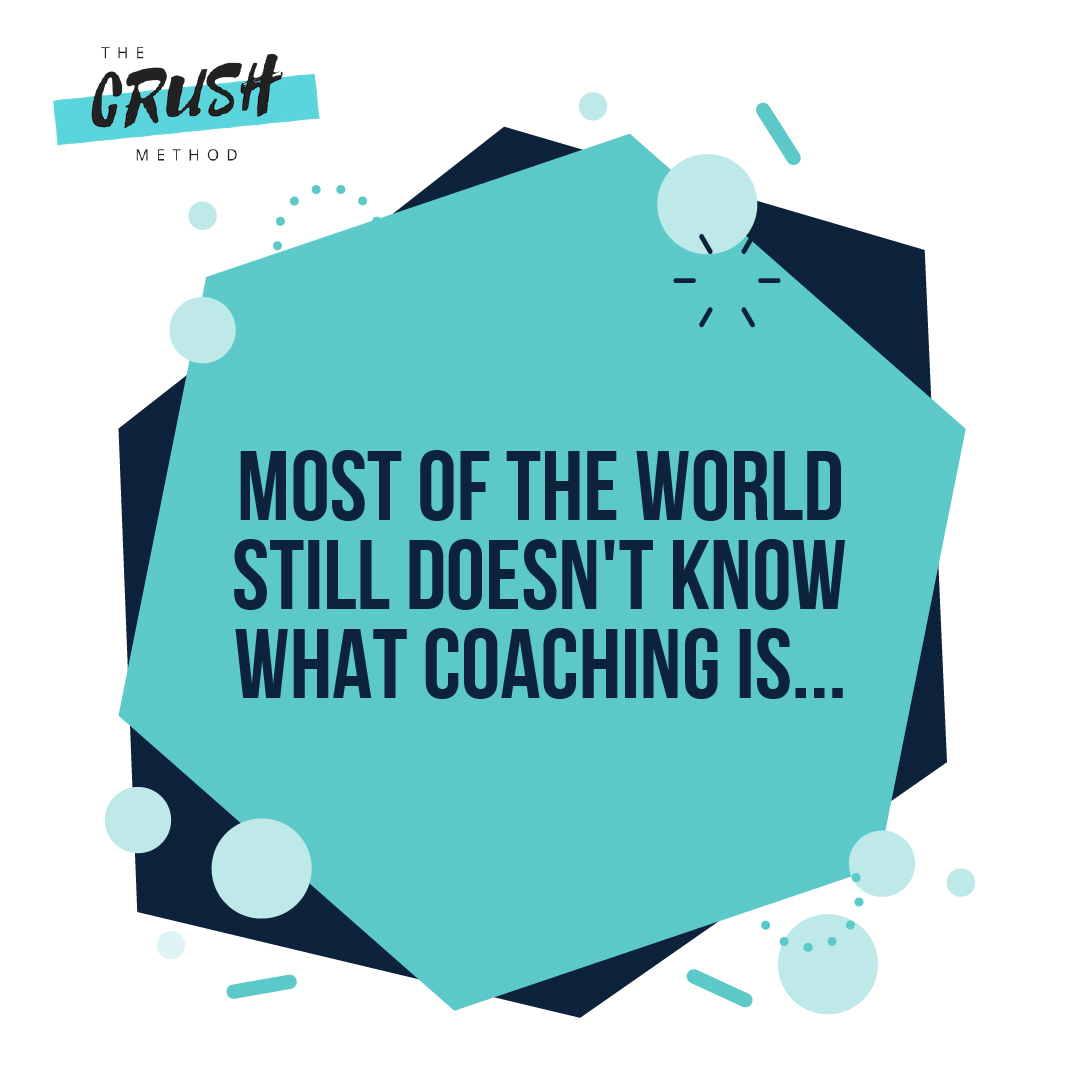 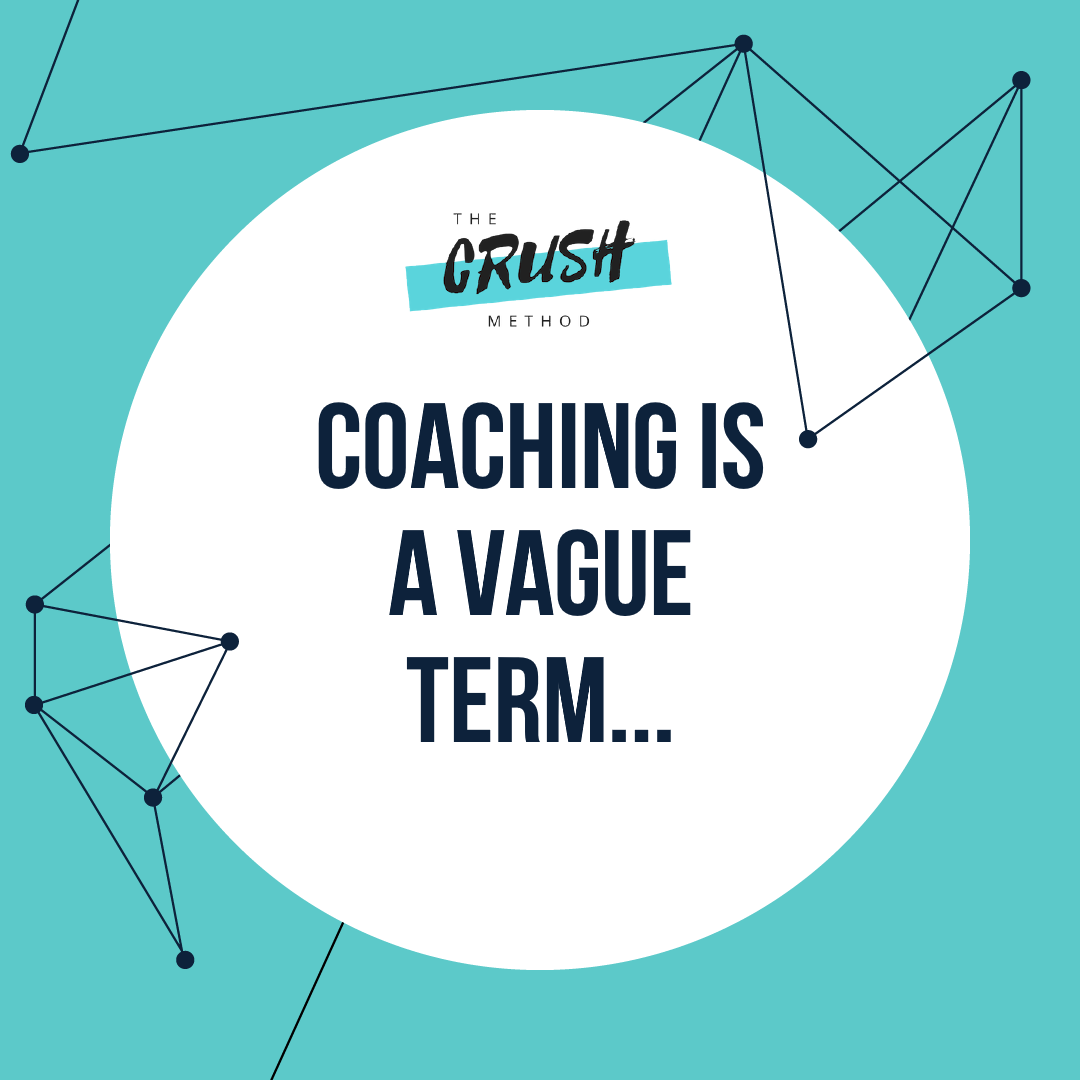 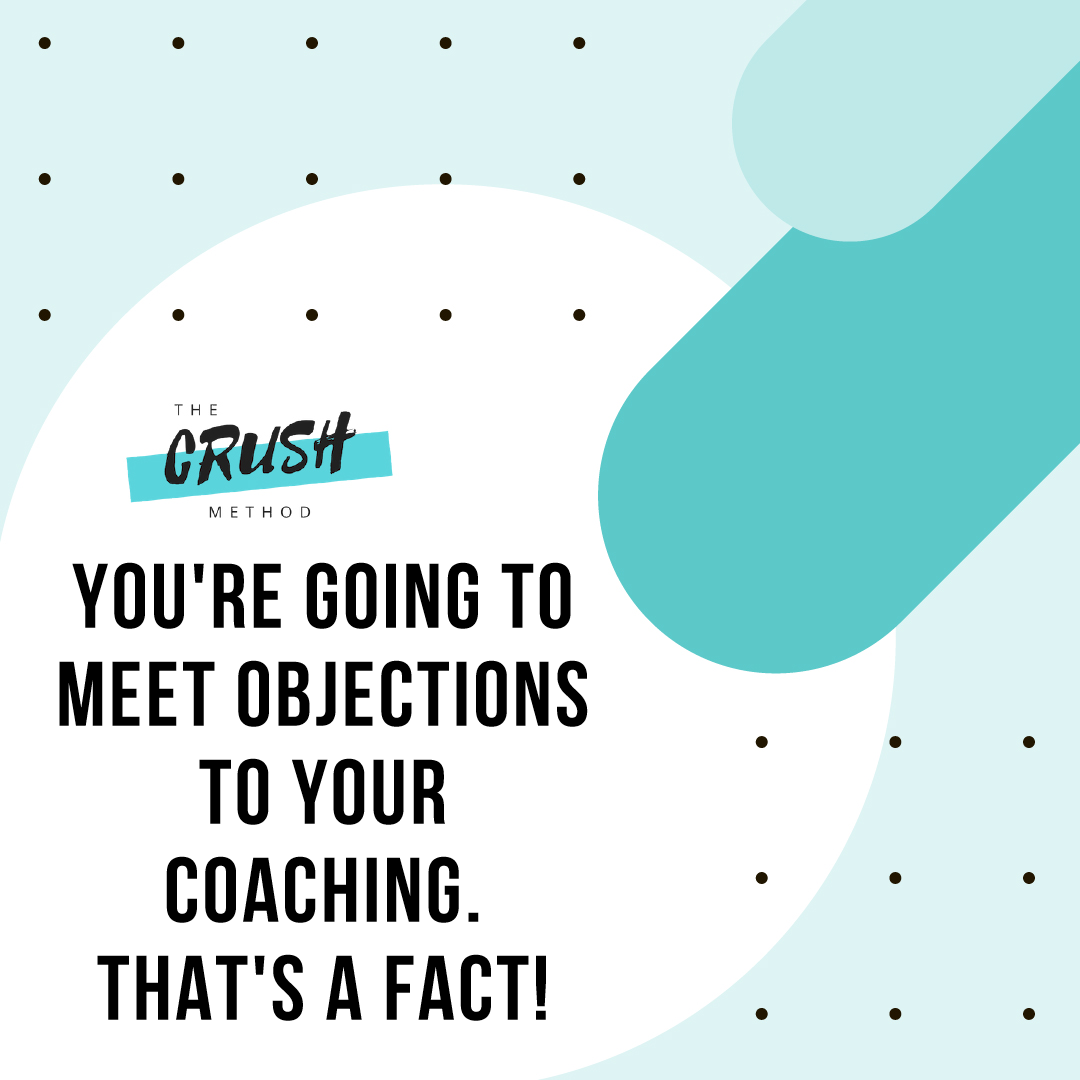 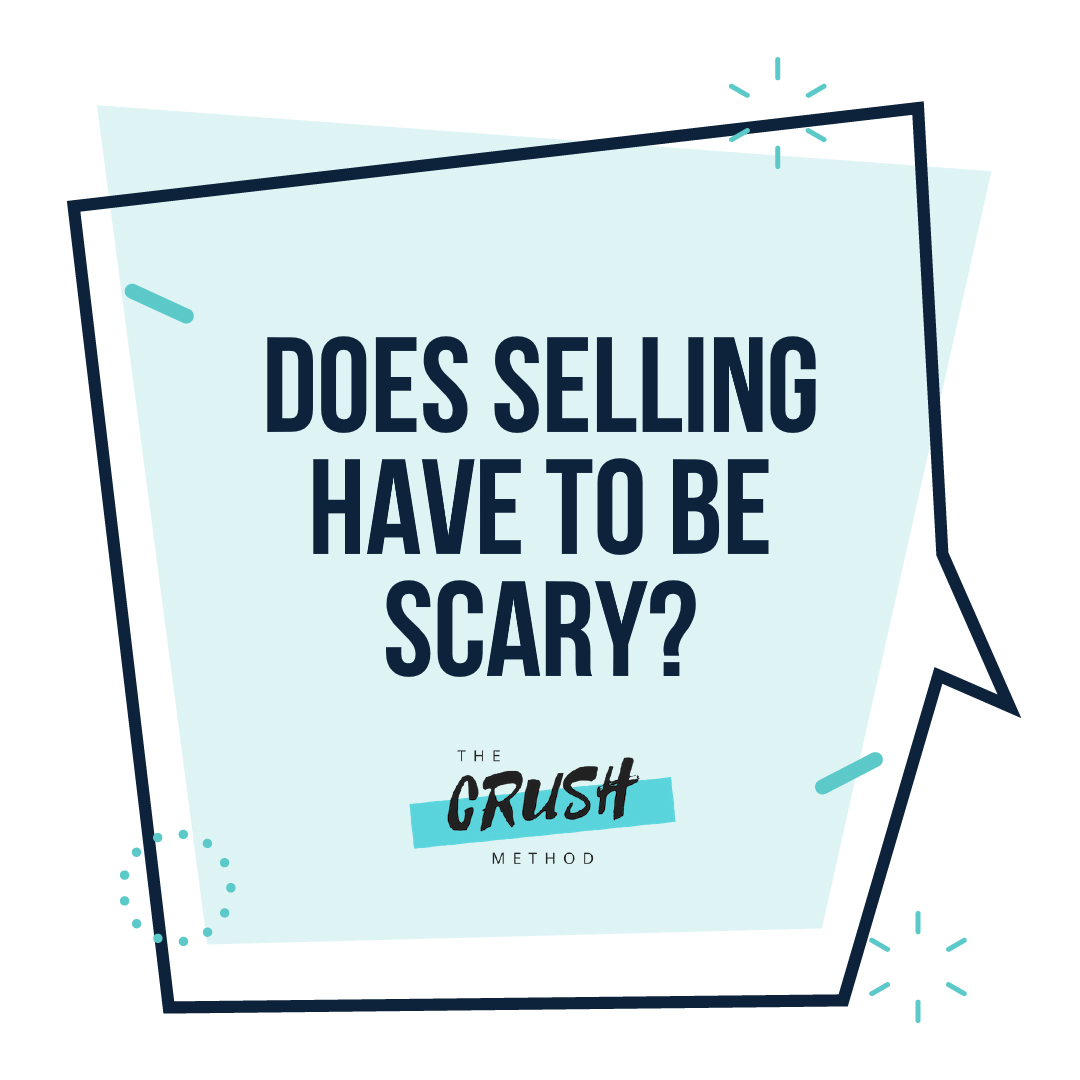 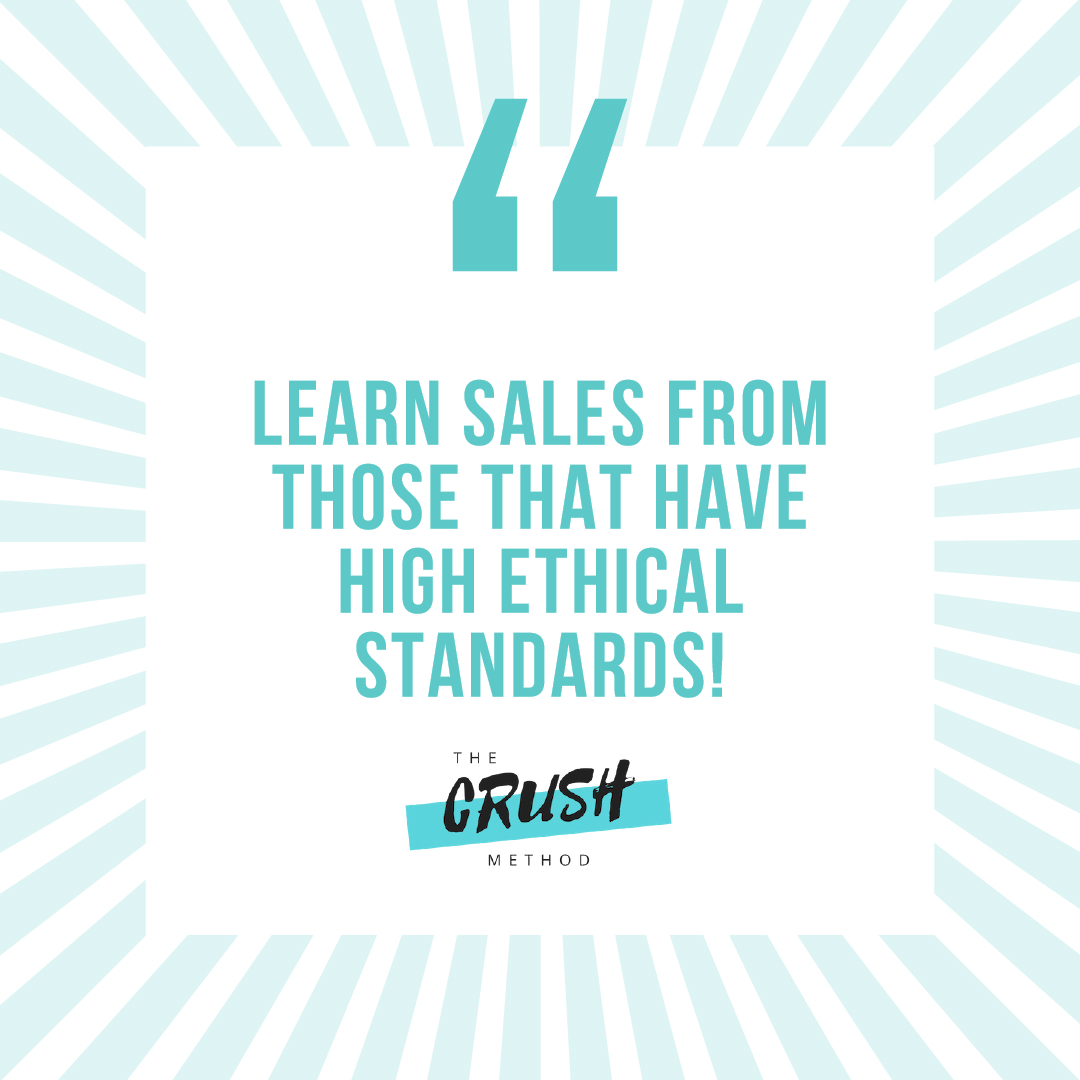 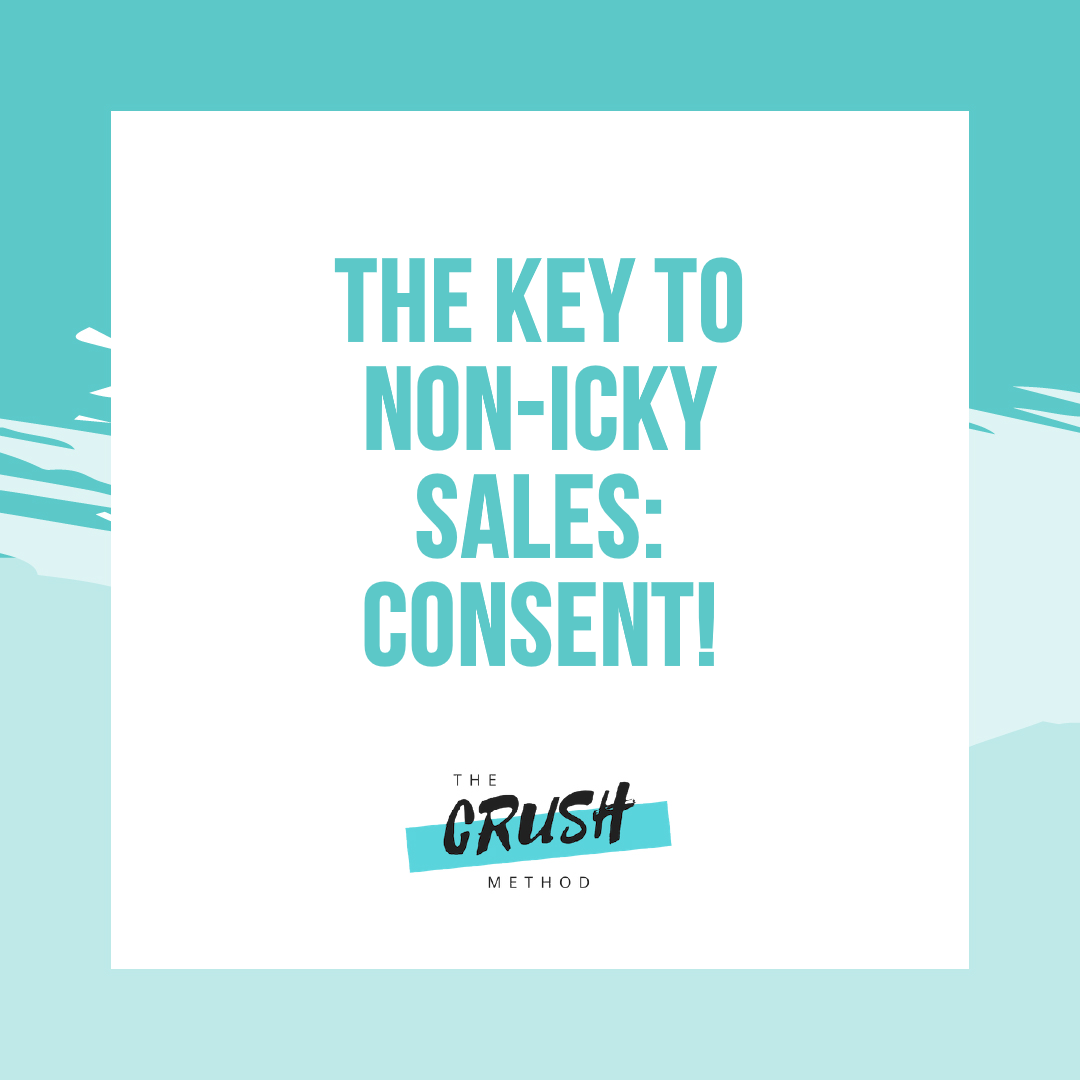 Our Secrets To Overcoming The Top 3 Objections To Coaching

Hey, Hey Amanda here! And Chris Lavelle. And you're watching The CRUSH Method Show. And today we're talking about our secrets to overcoming the top three objections that people have to buying coaching. Oh yeah. And you may hear some or all of these, if you haven't already, you will definitely hear all of them at some point in your coaching career. Exactly.

I can't think of anything more frustrating than doing all that marketing work, doing all of that hustle to get somebody to say yes. All of that nurture spending your time getting through a discussion and then hitting a roadblock with one of these three. Yes. So I love talking about sales and selling high ticket life coaching and premium programs because it's really how I got my start.

Well, Absolutely it is. You are a successful corporate consultant, but you wanted to have your own coaching business and until you learn how to sell well, it was more of a hobby. It really was. The sales that I learned about when I was in my corporate career was all very buttoned-up, you know, RFPs and Suppliers association. Yeah.

But it was not person to person. It was somebody else's money, not an individual's money. It wasn't consumer sales. That's right now that's a totally different kettle of fish. Consumer sales are very different, different timeline, different expectations, different objections, for example. Exactly. You, you prepare for it completely differently. And I would say one of the biggest differences is in the consumer conversation,

you've gotta be able to respond. You've gotta be able to react to it. And, and it's, it's very like real-time, versus maybe something that you might've experienced it in an academic or a corporate kind of environment. Through email, maybe for example. Exactly. And especially, I think something like life coaching, I think I get a kick out of it because it is invisible and expensive.

And I, the master was once a disaster, you know. Weren't we all, we all started there. Yeah. My first sale was my best friend for $10 an hour. It was, yeah. She never showed up. I was so excited cause I made a sale. Right. I was like, I was so pumped because I actually made a sale and I was like,

oh, this is not going to work. Well, $10 an hour for eight sessions is a slow boat to nowhere and your coaching business, especially if you're leaving a successful career to do it. So obviously that wasn't going to work. Yeah, exactly. So I, I definitely needed to learn the skills. And so I decided to go to some of the best of the best sales trainers and professionals.

And I chose to work with people who I felt really had a lot of skill obviously, but I chose people that I felt had really high ethical standards. Ah, that's important. You don't want to be icky or gross or ethically unsound when you're doing sales discussions. Exactly. And, and so the style of selling that I've developed from kind of pulling my own way of doing it and pulling from all of these different sources,

I call it consciousness-based selling, which we're not going to be able to get into all of the details of it. There's a lot of depth there, but we can kind of crest the top of the wave and give you three things from it to help you with the process. The thing about consciousness based selling is that it really is about helping the prospect to have more consciousness or clarity about what it is that's really motivating or driving them to want change.

Absolutely. And that clarity works both ways. It's not just for the prospect. It's also for you coach because not everybody's a good fit for you. You may not want to coach on everything. So both of you need that clarity and that consciousness to Amanda's point A hundred percent. So it's very much informed by, by coaching, by sales and all of that.

Yes. But, but what are those big objections? The first one that most coaches start out with and I definitely started out with is how do you sell something? People don't understand. Oh yeah. Maybe you hear the objection. I don't know if this is what I need because they don't understand it. They don't get it. I remember my very early days,

I was talking to some people in my network from my old professional network. And they were like, I, you know, I like you, Amanda. I don't know If this is what I need. Like what kind of certification is that again? I don't really get it. And that honestly, that hurts. Well, yeah, Absolutely. The interesting things that comes from a cognitive bias,

you're a coach. You've done all this skill work, all this training, all this certification scans. Absolutely. It's not inexpensive to get all of that, but now you're at a point where you think I understand a lot about coaching and you automatically think through this cognitive bias that everybody else also gets it. But spoiler coach, most of the world's still doesn't know what coaching is.

Oh, God tell you that, that, that was like a big sucker punched him. Absolutely. Absolutely. It really was. So here's the truth. Coaching is a vague, vague, vague term. You know, like if you I'll prove it to you, if you introduced, I was practicing, introducing myself to strangers. Every time we would go to the airport to go to an event,

I was going to conferences and seminars. I would challenge myself to go and, and, and introduce myself to strangers in an airport lounge. And I would say, I'm a coach. And they would be like a baseball. See, most people don't know what you're talking about in that content. It's like, They had no idea. And my social media feeds.

It's like, I'm friends with coaches and everybody's a coach. And coaches are like, my entire feed is full of coaches. So it makes my brain kind of think like the whole world is full of coaches. But if you go to an airport lounge and you're with actual, real human beings, people that, that are like normal people traveling to other cities,

they're like a baseball coach is like, no, like It's a real reality check. That real, real, huge reality. Yeah. So the thing is, is that people really like other people, if you don't believe me, check out your next family reunion. When you, when you start telling the rest of your family, I'm A coach. Tell uncle Lou,

you're a coach and see how uncle Lou reacts Blue reacts. Like the fact that you're kind of like not telling the rest of your family about the fact that you're becoming a coach is a big indicator of what I'm telling you. Coaching is really vague. Like there's a lot of people who call themselves coaches. And then this is one of my favorites. A lot of coaches are like,

well, you're not a real coach. Whoa, hang on, hold on. I'm here for enlightenment shaming. Hold on. Right? Yeah. You know, there, there's not like, it's not like you're a psychologist or something. And that is a protected term that you legally have to have licensing to Call yourself a lot of that around. Right.

So, so It is a vague term. And that's just a fact. So what do you do about that coach? What you gotta do is you gotta not sell coaching exactly. But teach them what it's all about you. What you want to do is you want to solve the problem that people are having with coaching. So coaching becomes a, it's kinda like you're selling the house instead of the hammer that's used to build the house,

So they're like, oh, become this super fancy kind of coach. And so they, they sold me on a certification so that it's like, and then you can become this professionally. And then people will be able to take you seriously. Here's your toolkit and here's your toolkit. And it's like, it did save me. You know, it taught me a lot and it saved me some time skills and skills,

but the rest of the world doesn't get it. But you know what they do get, they do get that. They want to solve a problem. Ah, that's what writers to them solving their problems. Exactly. Them solve it through coaching and your Case code. Exactly. Exactly. Now we went on about this and two more, really important objections.

Like what do you talk? What do you do when somebody says coaching is expensive? Oh, what do you say to that? And we did that in our more detailed training in the coaches Plaza. So you should definitely come and check it out because you know what coach, if you can overcome these objections, you are going to be able to fill your practice with lots and lots of clients.

Right? We can't wait to meet you. So come join us in The Coach's Plaza. We will see you very soon. All best coach!