How To Package Your Coaching So Your Ideal Client Can't Say No!

Your coaching won’t be the magical answer to everyone’s problems, and it certainly won’t be a challenge-free journey to discovering what you have to offer the world… But once the time and research has been put into discovering the common denominator, your offer can become an irresistible solution!

Today Amanda and Chris are discussing the struggles they faced within the first year of their coaching business and how they pushed through the hard times to discover the “secret sauce” to their coaching package.

It all comes back to what you want to offer and what you have to offer to people that need a result to a specific problem.

So if you know how to properly anchor the value of what you are doing to the outcome results people want to have, it changes the conversation altogether.

Isn’t that the objective? Guiding people to achieve an outcome with the help of your coaching?

If you’re interested to see how you can package your coaching offer to keep your ideal clients from saying no, you won’t want to miss this episode of The CRUSH Method Show!

Get the full vlog, transcript, and mp3 at https://bit.ly/3iR95et 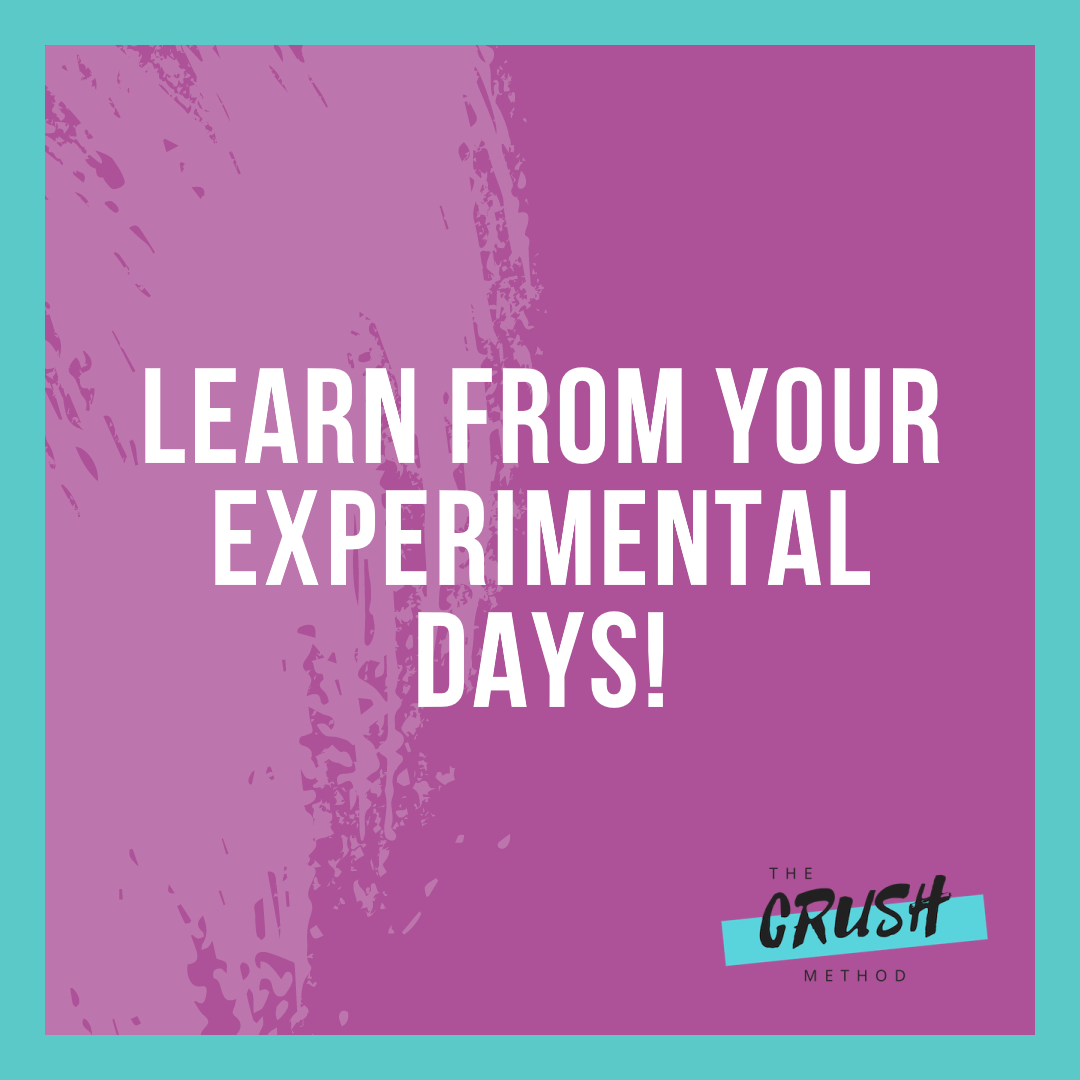 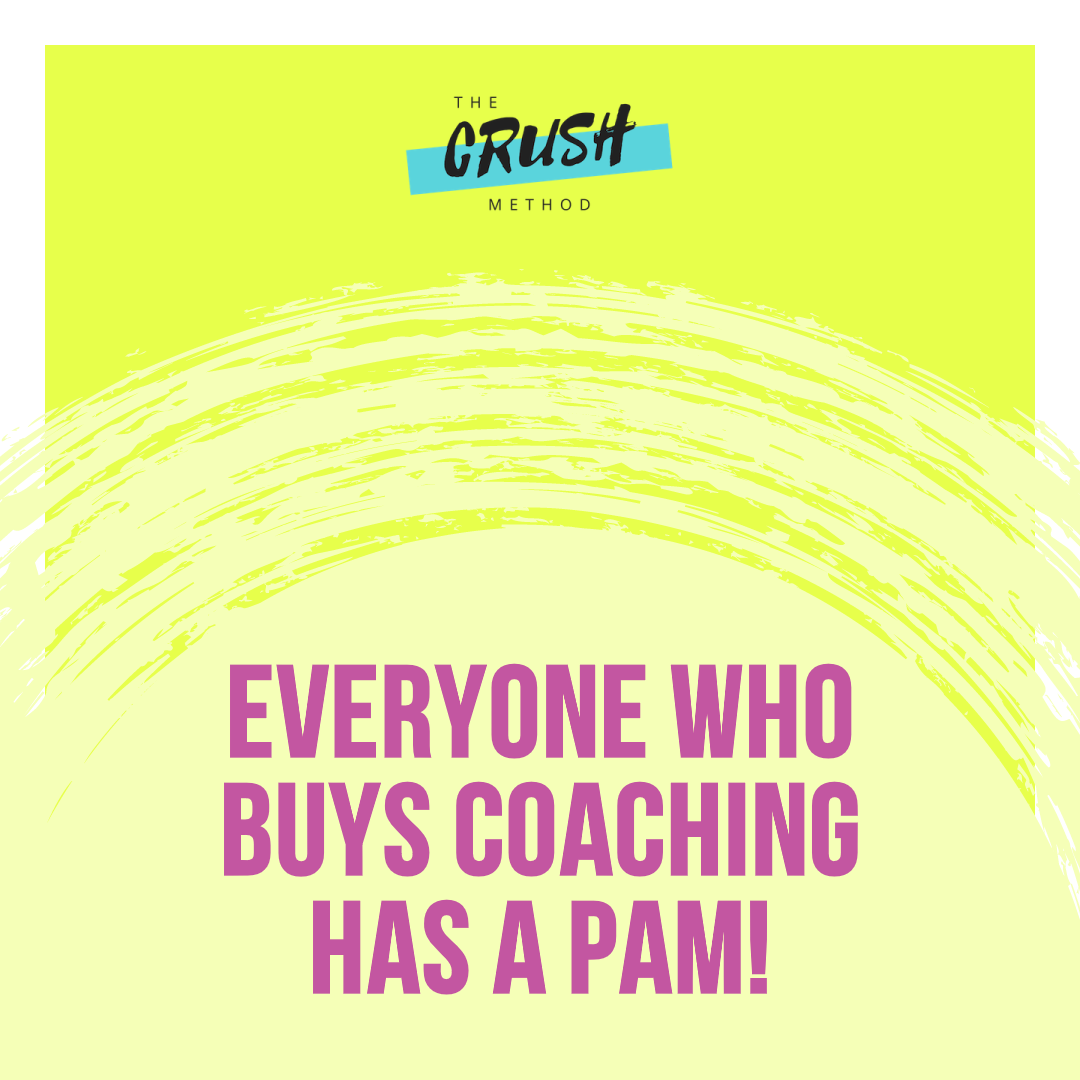 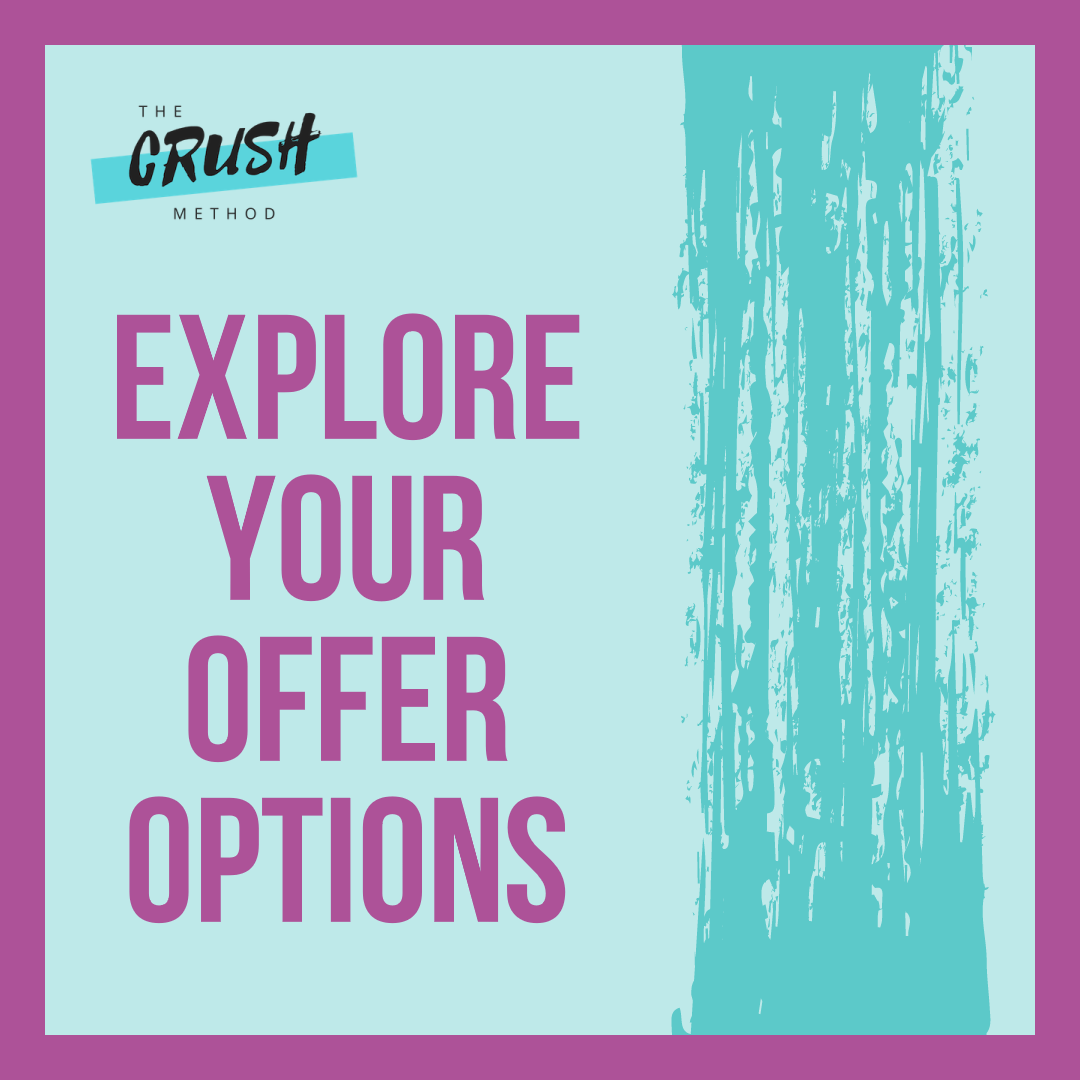 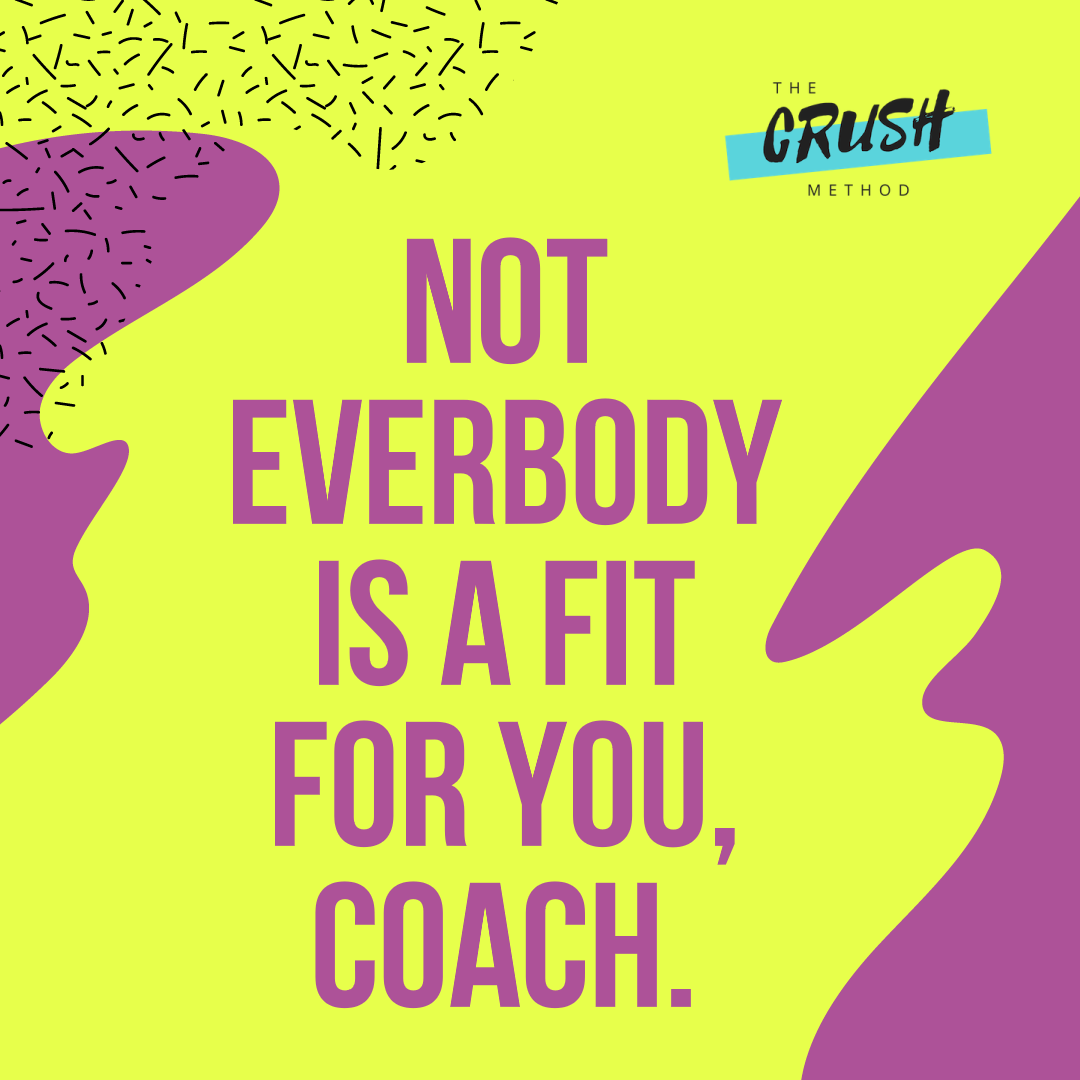 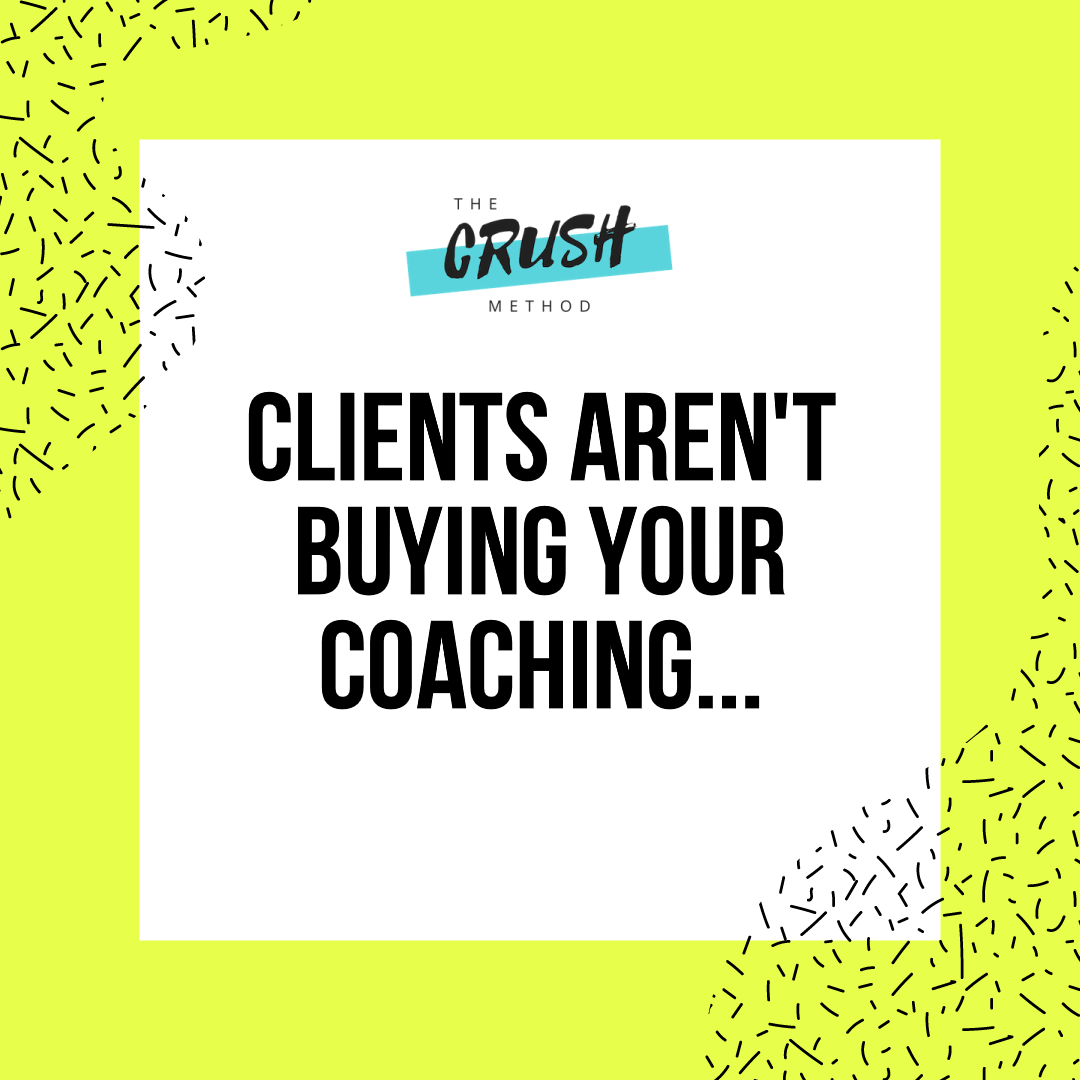 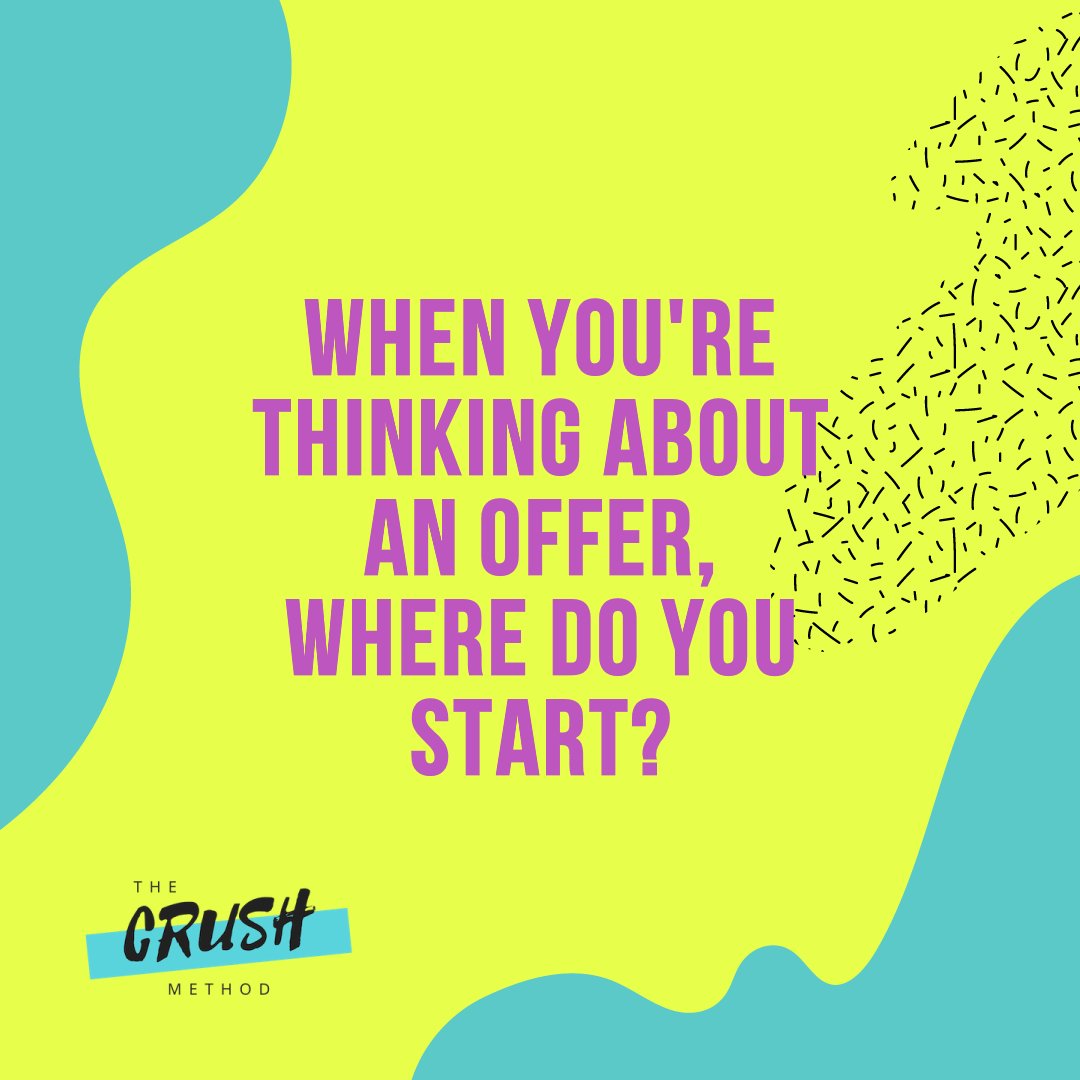 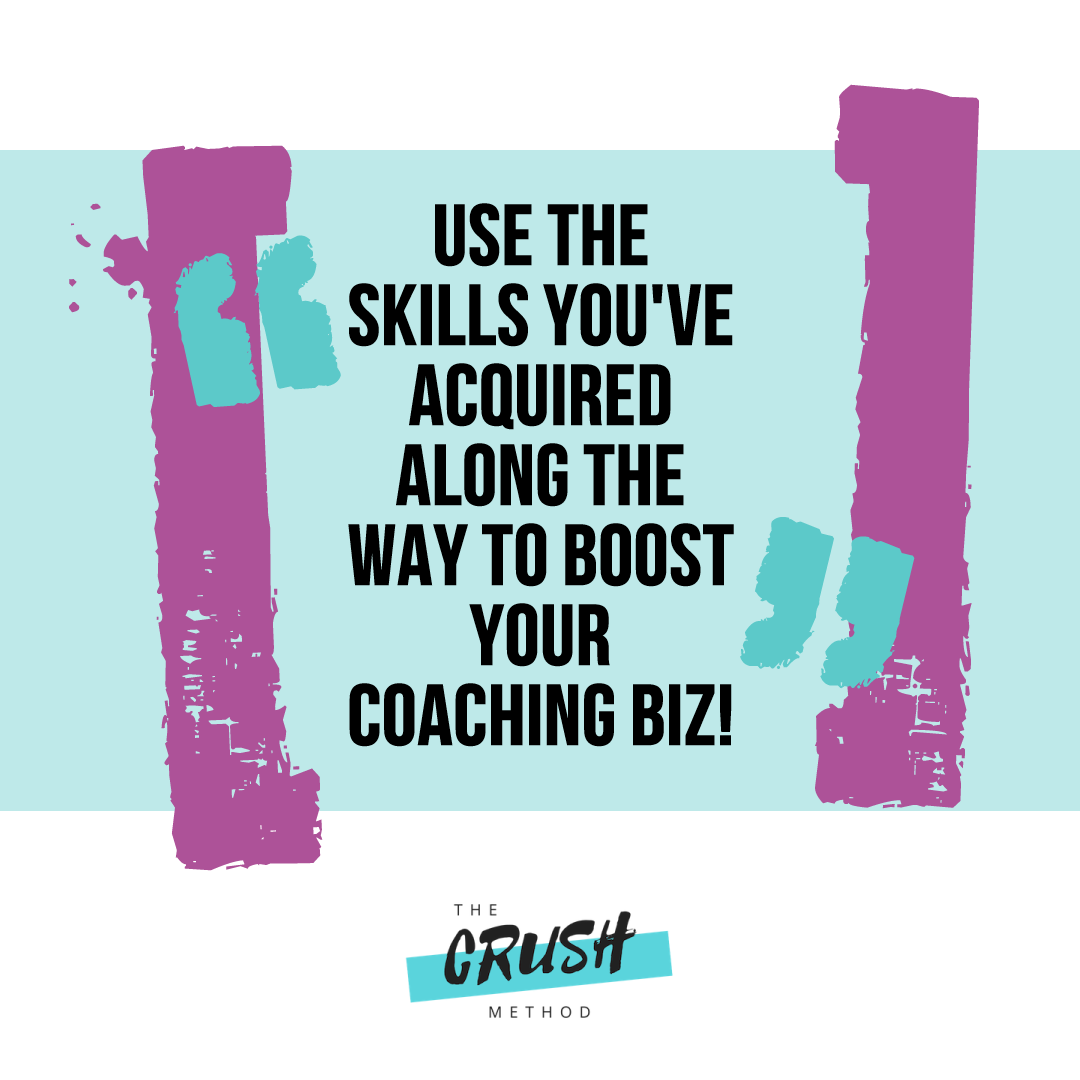 How To Package Your Coaching So Your Ideal Client Can't Say No!

Hi there. My name is Amanda Kauffman! And I'm Chris Lavelle! And you're watching The CRUSH Method Show. And this week we are talking about How to Package Your Coaching So Your Ideal Client Can't Say No. That's right. Well, I guess they could say no, but they won't. It's like having cake at a birthday party. It's it's there. You see it, it looks delicious. You got to have some cake.

Exactly. You just make it so enticing, so delicious. They're going to want to have what you have to offer. So that's what we're going to talk about this week. Now, you know, before understanding this, I wasted so much precious time. Oh yeah. In the first year, you talked to a lot of people without really having a defined offer to really give to them.

Now I chalk that up to my scrappy first year and a half or so trying things on, you know, experimental years, I think, you know, the awkward teenage years. I do really chalk it up to that. But if I'm being really honest, it was exhausting. It was unpredictable. It was, you know, anytime I stopped, it stopped.

Absolutely! You know, and I, I was very fortunate in that I did figure out something that is still a cornerstone of what we teach now, which is that everyone who buys coaching has a problem of appropriate magnitude. Ah, a Pam. A problem of appropriate magnitude. That's a result that they really value and care about and would actually pay to have someone help them get past.

Okay. Exactly. Now that's something I learned because of that hot mess disaster of walking- I feel like I just, like, I wandered the Earth. Well, you talked to like 650 something people in that year and 17 said, yes, I think you calculated earlier that's like 2.6% conversion rate. It was very low. It was low,

I mean, I had been working in corporate for years at that time and I was in a corporate culture that was super defined. So I think there was a certain amount of just like being out in the world and trying new things. Experimentation! Yeah! Creative freedom. So, you know, there was certainly a lot of upside to that adventure. And it was inefficient. It was. I mean 650, but 17 people saying yes,

that sounds like an inefficient process. Yeah, especially when you compare that to nowadays when I get on the phone with somebody roughly 43 to 50% of people- Very different because in a lot of ways you've really refined the offer. And that's what we're going to talk a little bit about. Exactly. The thing is, is when you get the offer right,

you end up wandering the fields. The 650 people fields, for example. And you know what a lot of coaches, when they go to think about, for example, I'm going to do a webinar while I'll spend all this time getting the deck just right, doing the slides just right. But they then spend the last five minutes on the offer, but maybe, coach, flip that. Spend your effort and time on getting the offer,

right. And then the rest of it becomes easy. You know, where you're going now with it. Exactly. And we did a full-blown training on this, by the way, in our group, The Coach's Plaza, which is a free Facebook community that you can come and join and you can just go to www dot thecoachesplaza.com and you can come join us absolutely free.

And you know, here's the thing when you're creating that offer, you're solving that problem of appropriate magnitude, that thing that, that people would actually want to invest in, because the thing is they are not buying your coaching, coach. No, no, no. I thought that they, Well, that was your first offer. You were, you were selling them hours of your coaching and that's really not what they wanted.

They wanted a result. You thought they wanted time with you. I mean, I think you're awesome. I'd spend time with you. My ego wanted them to want my coaching! But really all they cared about was, "I want a result!" That's true. I mean, it's, it's hard to accept, I think, in the beginning. I now completely accept it,

but I think at first I was just like, "Moi?" like, "You don't want moi?" They're rejecting me. No, no. They're rejecting that It's not solving a problem for them. And so where do we start when you're thinking about an offer, where do you start? Well, this is definitely not popular- popularly taught, but I really, really think that the best place to start in anything is with the end in mind.

I was, I was doing all the math and my mom was visiting from Canada and she was like, "So, how are you planning on, like, doing this?" "What's your price going to be?" For example. And I remember I was like, "Well, I was thinking I was gonna do, do like $50 an hour. And then I would do like $150 an hour.." Like a lot of coaches.

And You know, the thing about moms, you know, especially my mom, she's, she's got a major BS detector. She could smell it a mile away. So she's like, what do you want to charge? And, And then she asked you a very wise question. And the wise question was, "What do you need to charge to not go back to that high-paid consulting role?"

Oh my God. That changed the game. I almost thrrew up on the spot. I was just like that number's really high mom. It's a combination of dance and throw up at the same time. You know, you're in the sweet spot when you want to vomit and dance at the same time. Oh yeah. Hopefully, that wasn't too much for you. Yeah.

It almost got messy there for a second, but my mom- what a great coaching question. That really was a great reflective question. She didn't give an answer. She asked, what do you need the charge to not go back to corporate? And I remember I, I blurted the number out, which at the time was $500 an hour, which is funny.

Cause that's not my, that's not my personal hourly rate anymore. It's way above that. But at the time I remember blurting it out. And in my mind, I was so constricted with that number because I had worked for a big consulting firm and I knew what the rate cards were for my boss. That's right. And it was higher than your boss recharged cards.

Yeah. For my ex-boss. And I was like, that's more than my ex-boss makes so- Which is kinda awesome. And I was, I was like, "How can I charge more than what my ex-boss did with the, like a legit corporation behind him? How could I possibly do that?" And I did. And you did, and that's kind of the first lesson here,

coach, you need to understand and find the balance between the real financial goals you have to stay in your coaching business and what you can do to help somebody achieve a goal, solving that problem of appropriate magnitude. The PAM. I love that. I love that so much. I love that so much. So yeah, definitely. I think that that's,

that's, that's the first thing because if you know where you're headed, especially as a private coach, in the beginning, you are limited by the number of hours that you can realistically work in the day, You're trading time for money. So you only have so many hours. And if you are wanting to grow beyond being a private coach, which most coaches that I talked to,

that's their ambition. They want to be a group coach and maybe have courses and write books and speak on stages. Like they want to do all the things, right? And I wanted to do all the things too. And here's the thing. If you're starting with private coaching, which is very smart because it gives you a high-profit margin and you don't have to be very good at mass marketing,

you can just convince one person at a time to say yes. So that's how I started. And I'm a big fan of the strategy. And if you want to pivot out of private coaching, you're effectively a freelancer when you're a private coach because you're trading time for money. Absolutely. And so you're limited in the number of spots you can give. There's kind of a maximum size within a reasonableness question that you can get to.

Exactly. So that limits how high of a price you can charge because you're limited to the number of hours that you have for private coaching. So that's really what dictated my prices in the beginning. That's where I started for the offer from there, after that, it's not about you anymore, coach. No. Now you've got to say, okay, well,

if I've got to charge, let's say I'm charging 2000 or 5,000 or 10,000, whatever your number is, per client. Now, what's that problem of appropriate magnitude that people want to receive coaching on that? That you actually want to coach on too. That you want to coach on too. Cause like, I definitely, like, I did not want to do anything health coaching related.

oh yeah, here for it. I could totally talk about those things. That makes a lot of sense. Yeah, exactly. But if you were to ask me to do coaching around how to be an amazing Dungeons and Dungeons- It's Dungeons and Dragons, by the way. That's okay. Do you see why I would not be good at this, but you, on the other hand might have a little bit more.

You're pretty good at it. Anyway. Yes. So, so finding that problem of appropriate magnitude that is a fit for you is a really, really big deal. Now we went and did a whole lot more of a deeper dive training in The Coach's Plaza. And we would love to see you there. So go to WWW dot thecoachesplaza.com,

and we'll see you there. Come join us! All best, coach.