How To Launch A 6-Figure Group Program

24 hours in the day, 168 hours in the week... Time is something we all have an equal amount of, but how we choose to use it, and the business model we choose to support our time demands makes a huge difference to our results. One of the key moves for a sustainable coaching business is to leverage the same hour of delivery by offering a group program of course!

If you’re like me, you probably bristle at the idea of having to find so many people to buy your group program, and maybe sticking with private coaching feels like the safest option…

But if you’re also like me, you value being able to leverage your time, AND, you love offering lower-cost options to folks that genuinely would prefer a group environment for their growth and learning.

Building a group program doesn’t have to be nearly as complicated as many professionals make it out to be; and there are three key ingredients that help make all the difference.

Launching group programs is what allowed us to shift from 20k months to nearly 100k months, because it lifts the cap on the one resource that you are the most limited in… your time.

This week on The CRUSH Method Show, Amanda and Chris are talking about the benefits of launching a group coaching program. Not only are there benefits financially to offering a group program, but there are also benefits to our most valuable, non-renewable resource; our time.

Let’s take a look at how you can make your time more available, more affordable and more approachable in this episode of The CRUSH Method Show!

Get the full vlog, transcript, and mp3 at https://bit.ly/30Cz4Mt 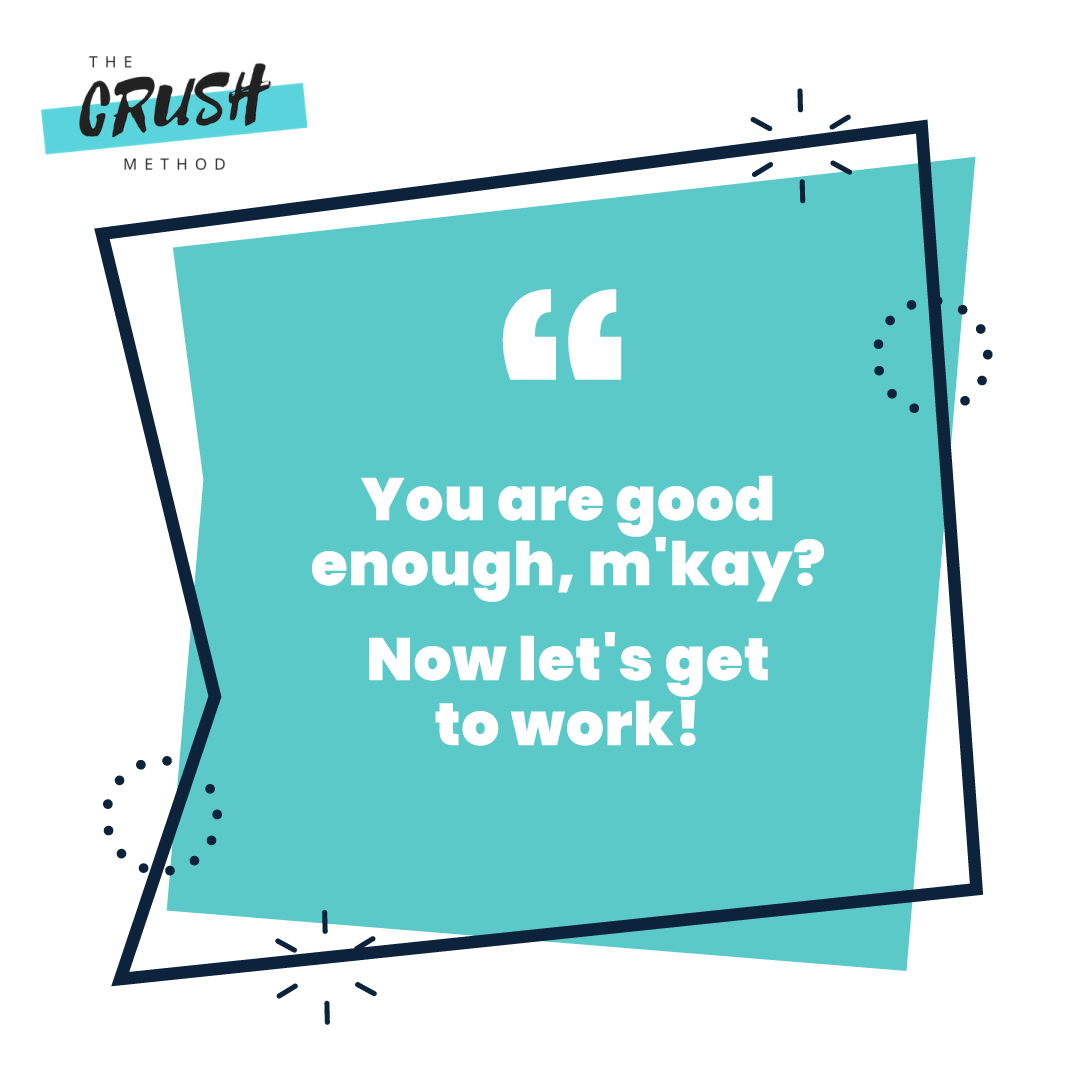 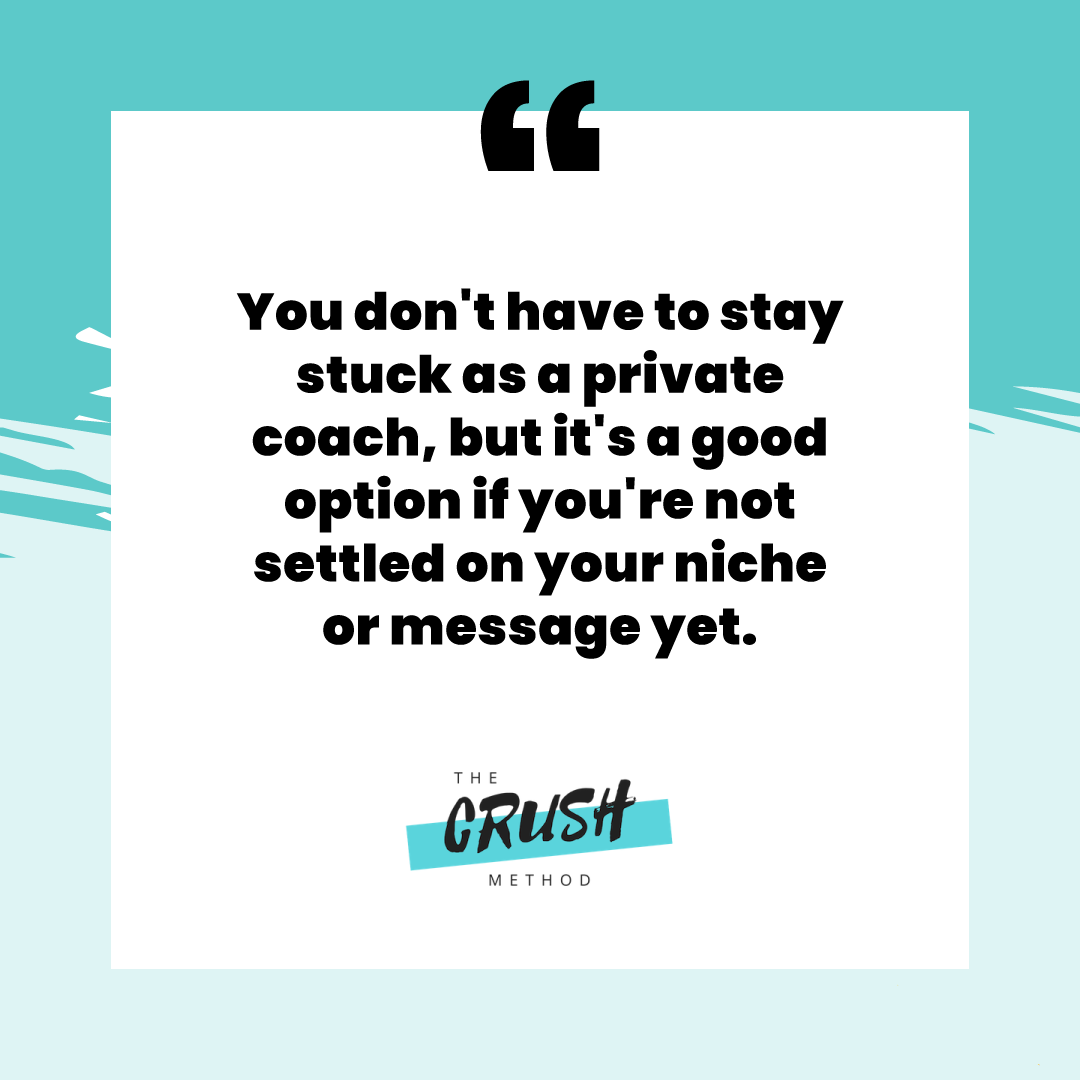 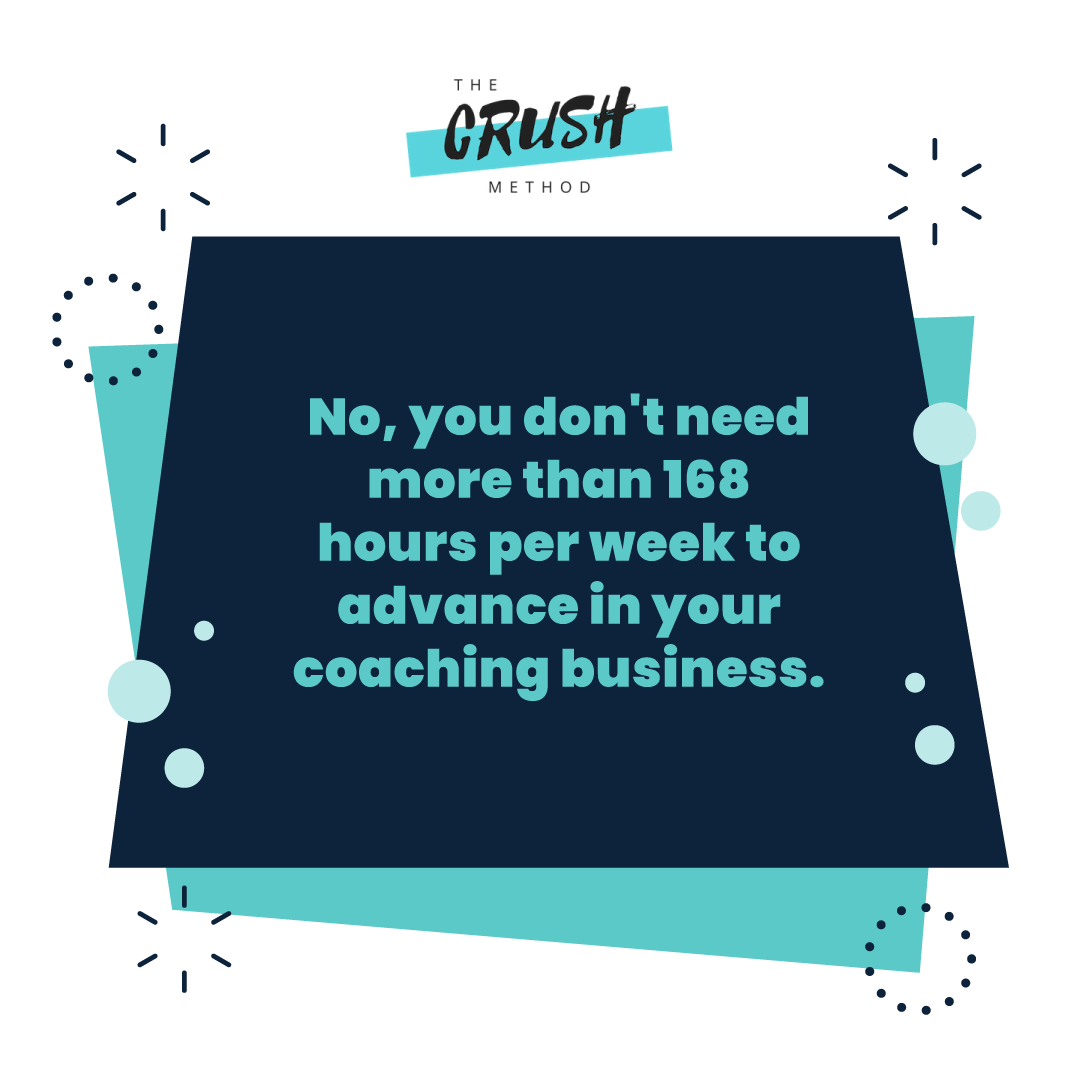 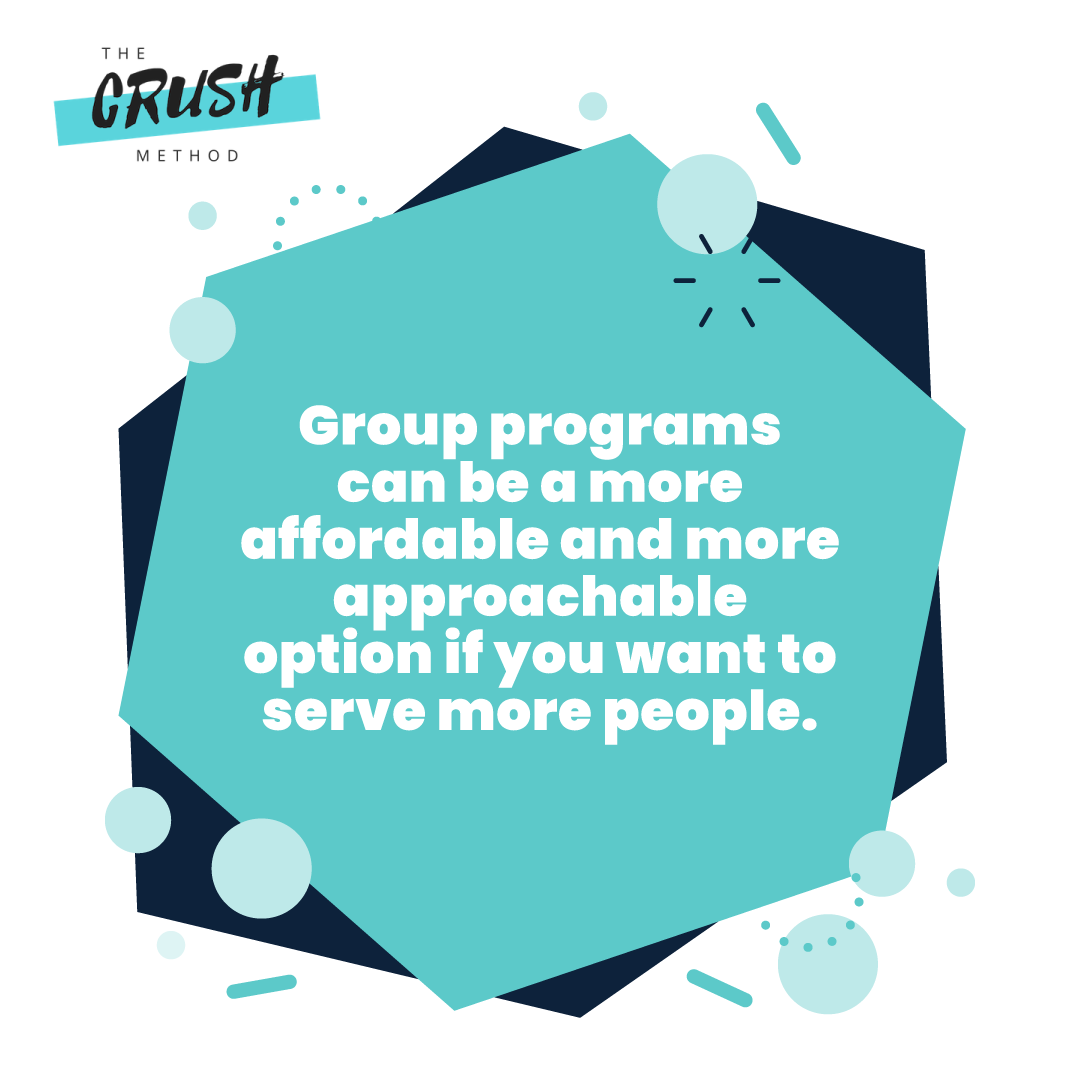 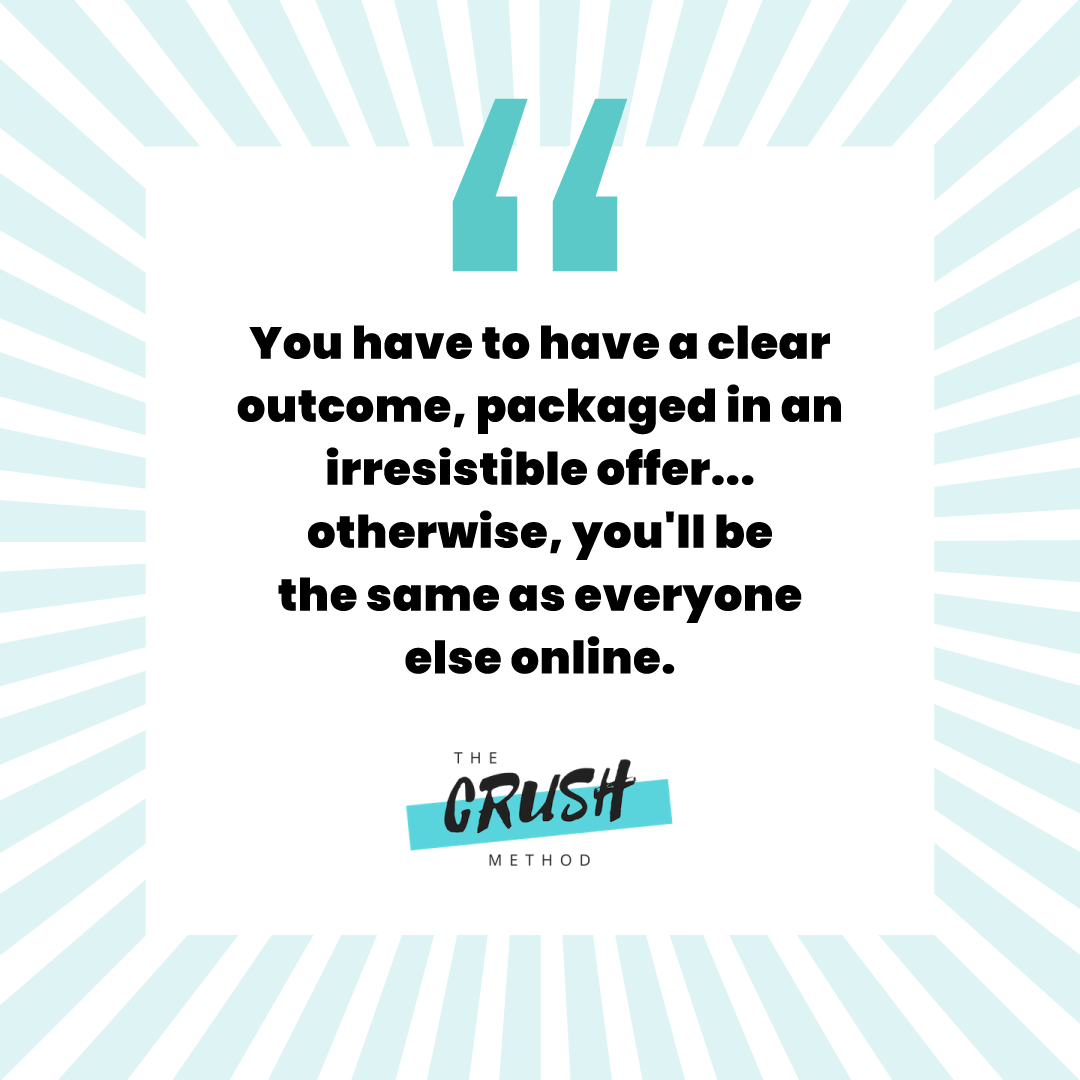 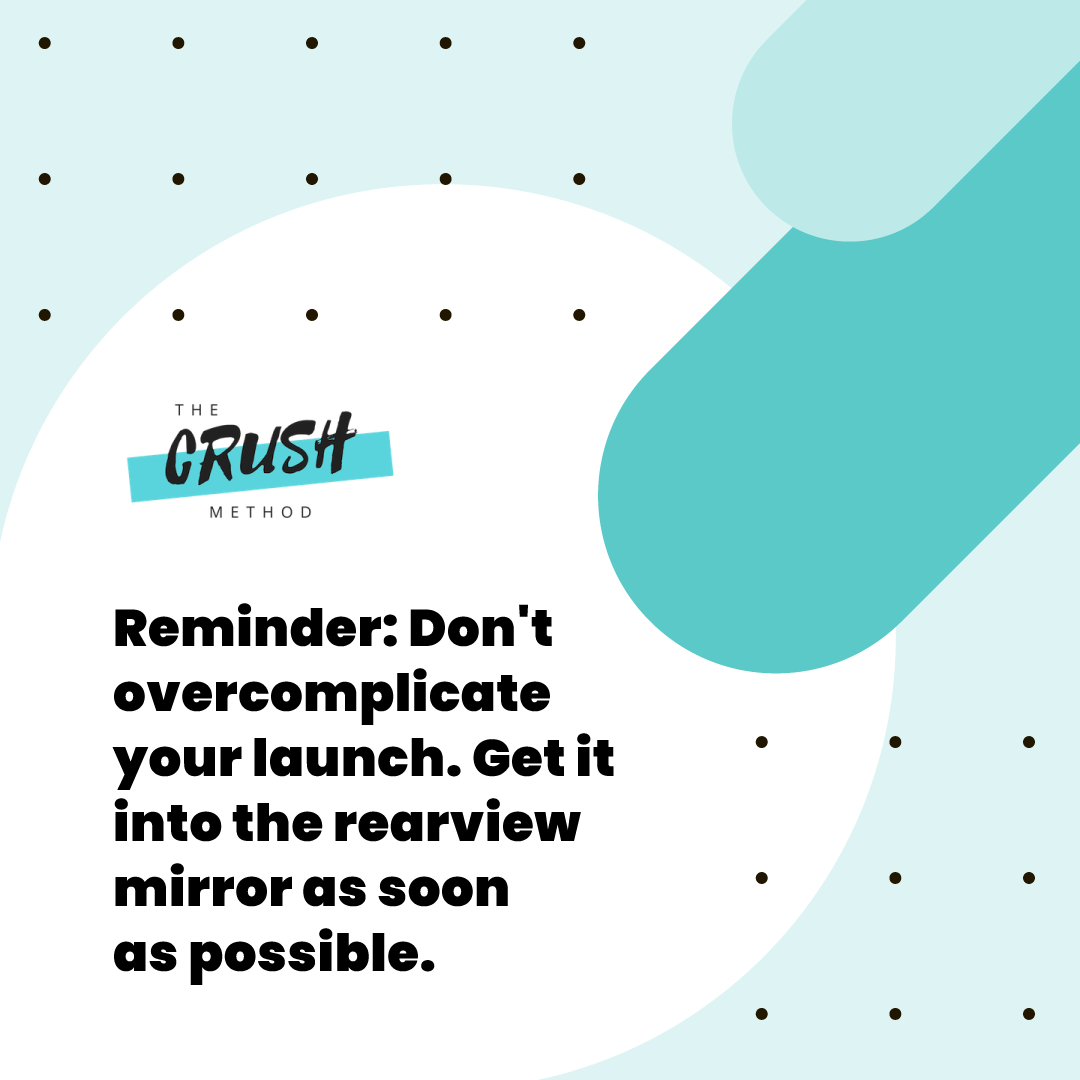 How To Launch A 6-Figure Group Program

we didn't make money with our big launches until we figured some things out, which is what we wanted to tell you about. We want to share that with you, but I got to tell you, like, most people that even invest in big programs and courses and things like that, they don't typically implement things. They don't do anything with it,

so they don't get any results. And if you do implement things, all business entails risk, you know, and you think it's going to work. And sometimes it just doesn't work. Sometimes there's a lesson to be learned in it. Yep, absolutely. So we're not here to blow smoke, but we are here to tell you that we have done a couple of six-figure launches with our group coaching programs.

that kind of thing. And it was all like everybody was doing something different. You know? You had a divorce, you had somebody making a career change, you had a professional athlete, all kinds of different people, leading different kinds of transitions in goals met. Yes. And that's the big advantage of private coaching is that you can have that variety within your practice.

And it's a-okay, but what if you want to go bigger? Right? What if you want to have more control of your time and you want to leverage your time? This is where it gets next level. So we wanted to go over kind of a few tips that I wish I knew before I did my first launch. Well, you know,

at some point, even when you start one-on-one coaching, you bump up against kind of a ceiling, 168 hours a week is all anyone gets for their coaching business and eventually doing one-on-one coaching. You run out of hours. So to Amanda's point, that's when it really helps to be able to leverage that time and use the same hour, maybe for multiple people in something like a group program.

Exactly. The other reason why you might consider doing a group program maybe earlier than later, is if you want to have a lower price point. More affordable or more approachable for more people. It does add the burden of having to sell a lot more to make the same exact amount of money. But the individual sale may be an easier pill to swallow. So, you know,

there's lots of strategic reasons why you might want to have a group program. So let's dive into some of the things that we learned along the way. And the very first thing is, is that you have to have a really clear outcome and an irresistible offer. So when we're talking about outcome, we're talking about a result, let's be real clear on that coach.

I don't know, a better relationship or six-pack abs. Those are clear Results, For example, exactly. They're real-world observable results. So the idea of, of, you know, it'll make you feel good, that works for coffee mugs and throw pillows. But when it comes to higher ticket coaching, people want more substance than that and they're going to need it.

So I think the first thing is like, what is that clear outcome that everyone in the group is going to get? And then like, what is the offer exactly? I remember when I first started out, I thought that it was my time that was really the thing that was going to make the offer really valuable. So I would way over extend on what I was offering for my time.

That's why they invest in a program. And a higher ticket program is to shortcut their learning curve and to smooth out that whole process. That's why they're investing in it. Not to spend more time with you in coaching calls. And to make sure you land the plane on the Result. Exactly. So that's like the first thing, the second thing is to have a launch strategy.

That's not really, really complicated. So I think one of the biggest mistakes I made really early on is I tried to build this giant complicated, Swiss Watch, When a sundial would have done, like It would have been enough. In fact, the simpler, the better you've heard of the kiss principle,

same idea, keep it simple, et cetera, fill in the blank, fill in the blank. When we, we basically practice this idea of what we call the minimum viable funnel. So whenever we have a new program that we're trying to launch, we ask ourselves like, what is the simplest easiest way to identify people who want this irresistible offer? To be able to have a non-icky,

non-sleazy conversation with them because they actually want it. You know, what a, what a radical idea, right? To sell people, something they actually want. So, you know, don't, over-engineer it. Don't, don't make it into this big, you know, I've got to have a huge symposium or I've got to write like big books and many different bestseller lists before I can actually help someone, right? Humble,

humble it down. Our big launches often start with like, post-its, you know, full, full of names of people that we actually already know that might be really a perfect fit for that program. We'll literally sit down and say, okay, who in our existing client base could really be helped by this and we'll make that list. And those are the people we start with for example,

and we make the offer just irresistibly a no-brainer we make it super simple to Amanda's point a moment ago. It's like, for example, somebody would have to just absolutely be blind to miss this opportunity at this price. That's how simple and no-brainer we want to make it. Exactly. You know, a lot of the people that we work with worry about being sleazy in sales and having like icky conversations,

especially if it's a brand new program. And so we teach our clients how to have non-sleazy sales conversations at using a technique called consciousness-based selling, which the gist of it is, sell people what they want that's going to actually help them with a goal they have to get a result. I mean, that is crazy, crazy scientific stuff.

It only gets sleazy when you're trying to push something on somebody that they have no interest in, right? Or it doesn't really work or something like that. Exactly, exactly. So, you know, there's some finesse to consciousness-based selling, but that's the gist. That's the gist of it. Now, there is one more thing that we really want to share with you,

and that is a specific strategy for how you can get that minimum viable funnel off the ground. And for that, we're going to invite you to come join us in our free Facebook group, The Coach's Plaza. So if you go to www.thecoachesplaza.com in any browser, that's the coaches, C O A C H E S plaza.com.

It'll take you to our Facebook group and you can request to join there where you can get the extended training on exactly this topic. So we hope to see you in the group. We can't wait to welcome you there. And we hope that this little clip helped you today. We'll see you soon. All the best, Coach! Bye-bye!

Get Our 3-Part 5-Figure Monthly Coaching System Apr 16, 2021
How To Have It All Without Doing It All As A Coach Apr 09, 2021
Our Tiny Hybrid Formula: Higher Value Programs That Don’t Take Forever To Launch
business coaching coaching community strategy
Apr 02, 2021
Close