How The Very Best Coaches Outperform The Rest

Anyone can become a high-performing CEO coach with the right mindset and tools! You have to know when to put your emotions to the side, focus on the data-driven results, and let those results guide you to better decision making to drive the needle to success.

Time and focus seem to be the popular big issues that a lot of coaches have to blame for their business’ growth stalling out.

Time and focus are big issues, but what’s really separating the best coaches from the rest?

This week on The CRUSH Method Show, Amanda and Chris are talking about what really makes a difference in your performance and how it’s a choice to embrace higher-performing habits that are going to step up your coaching game and have a big impact on your business and clients.

Don’t let your emotions control your success and learn from your mistakes and actually start applying what you learn to better enhance your coaching biz journey today.

Get the full vlog, transcript, and mp3 at https://bit.ly/3uL0IUe 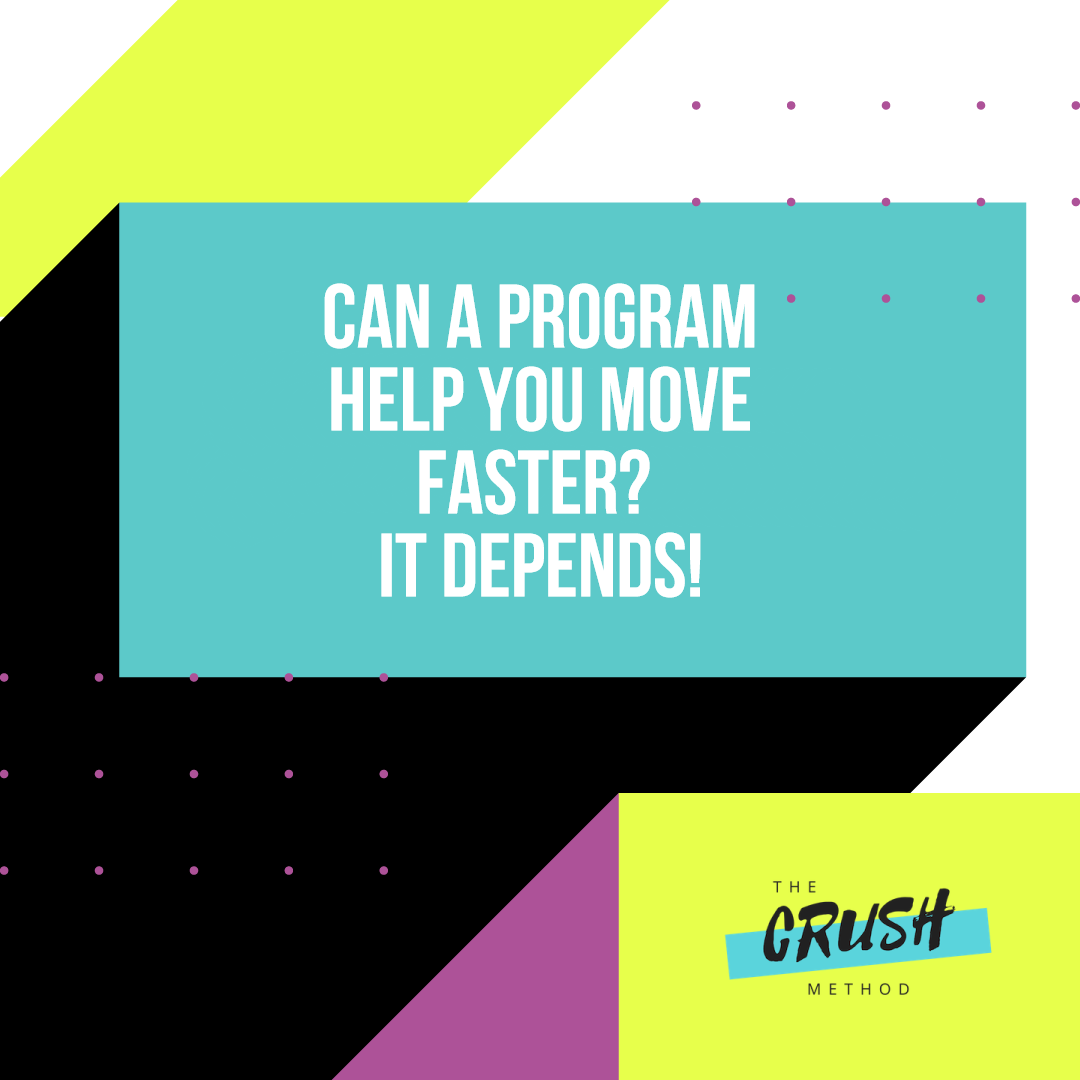 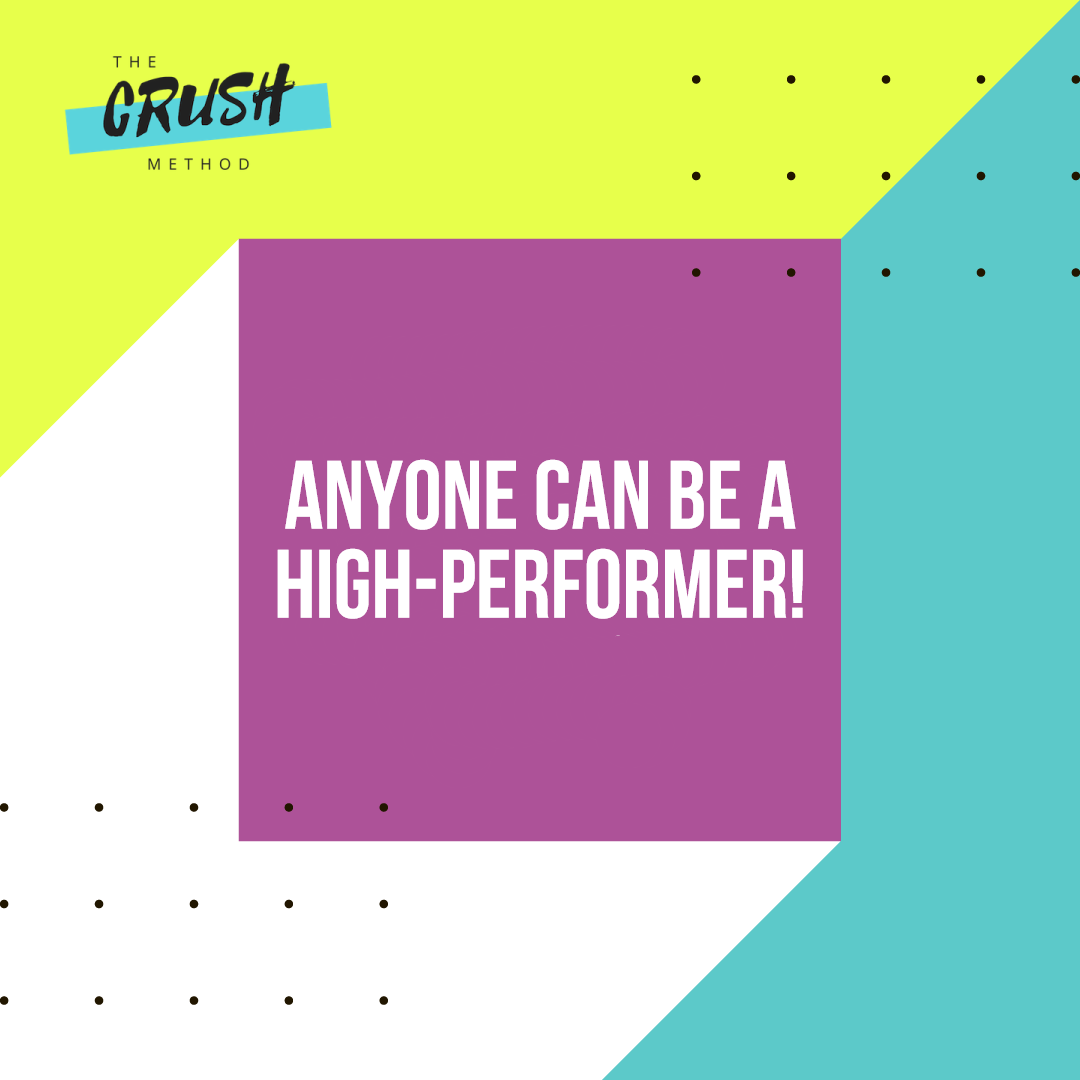 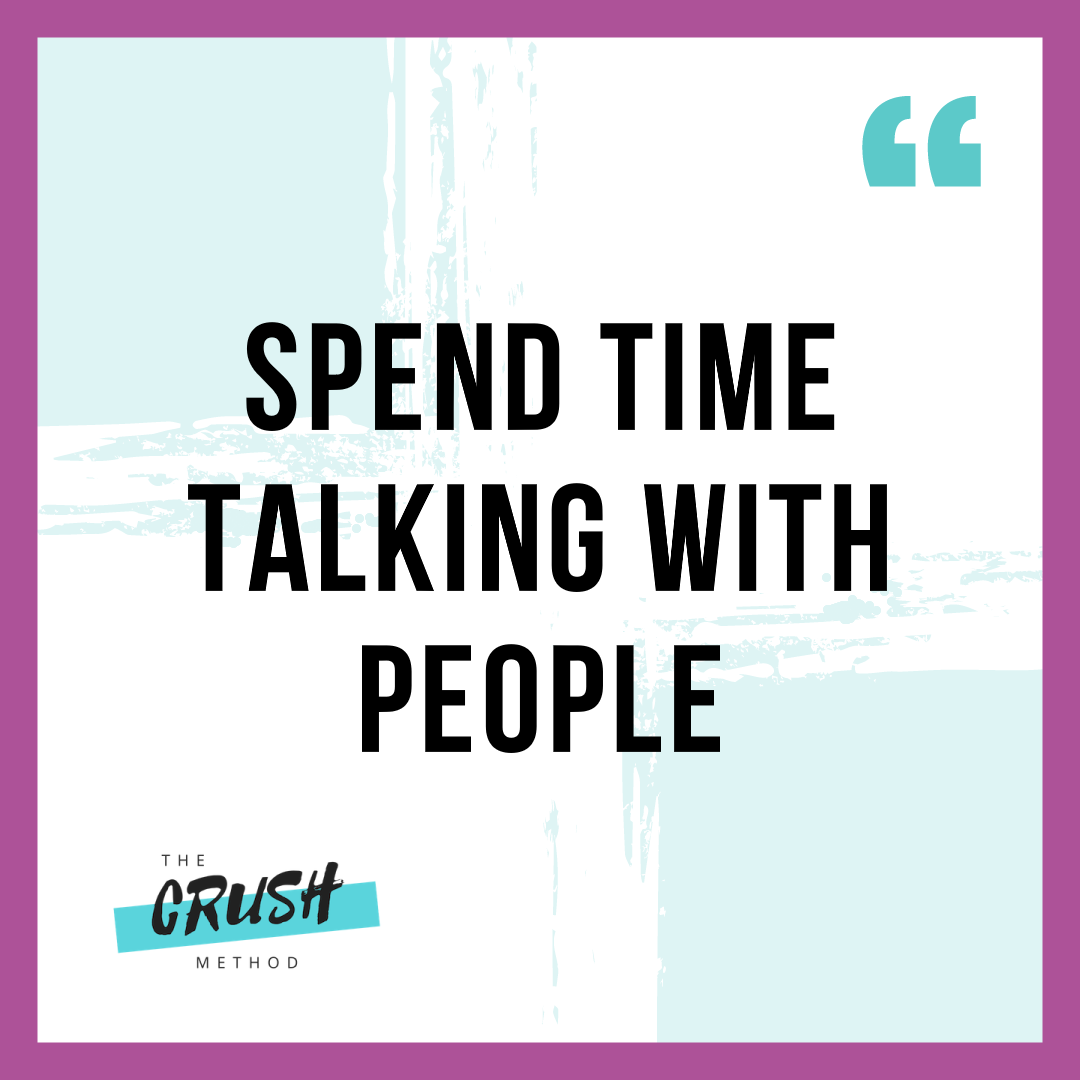 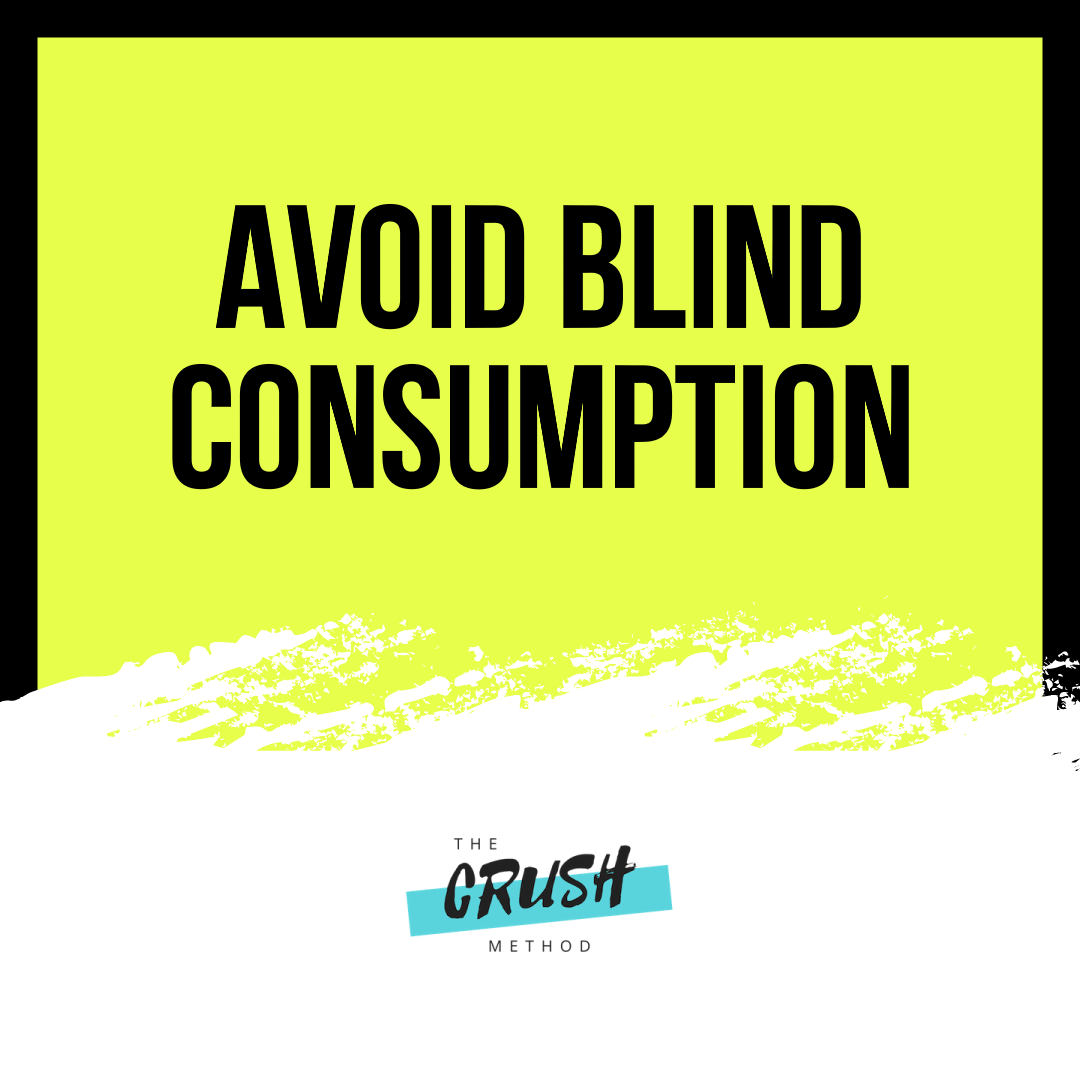 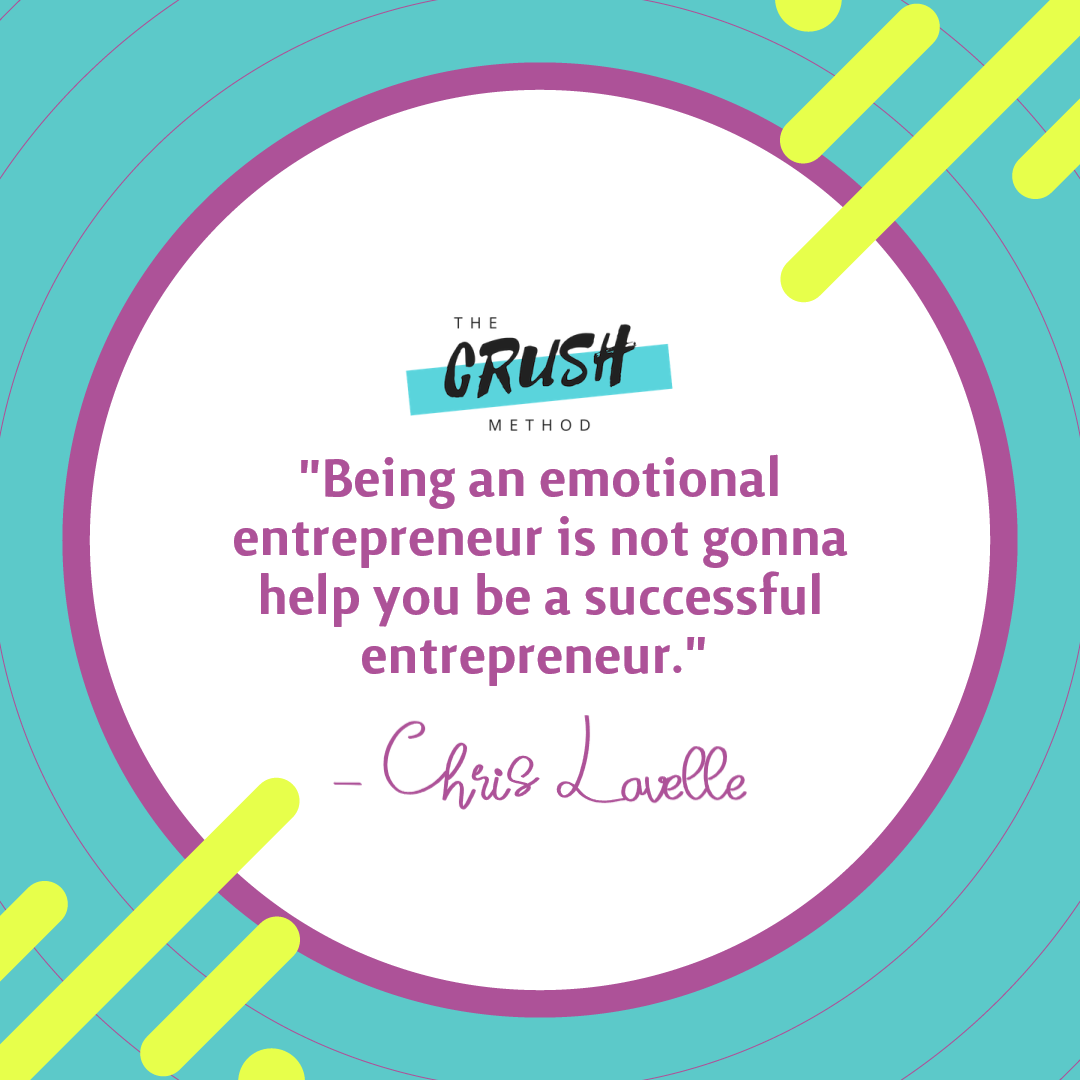 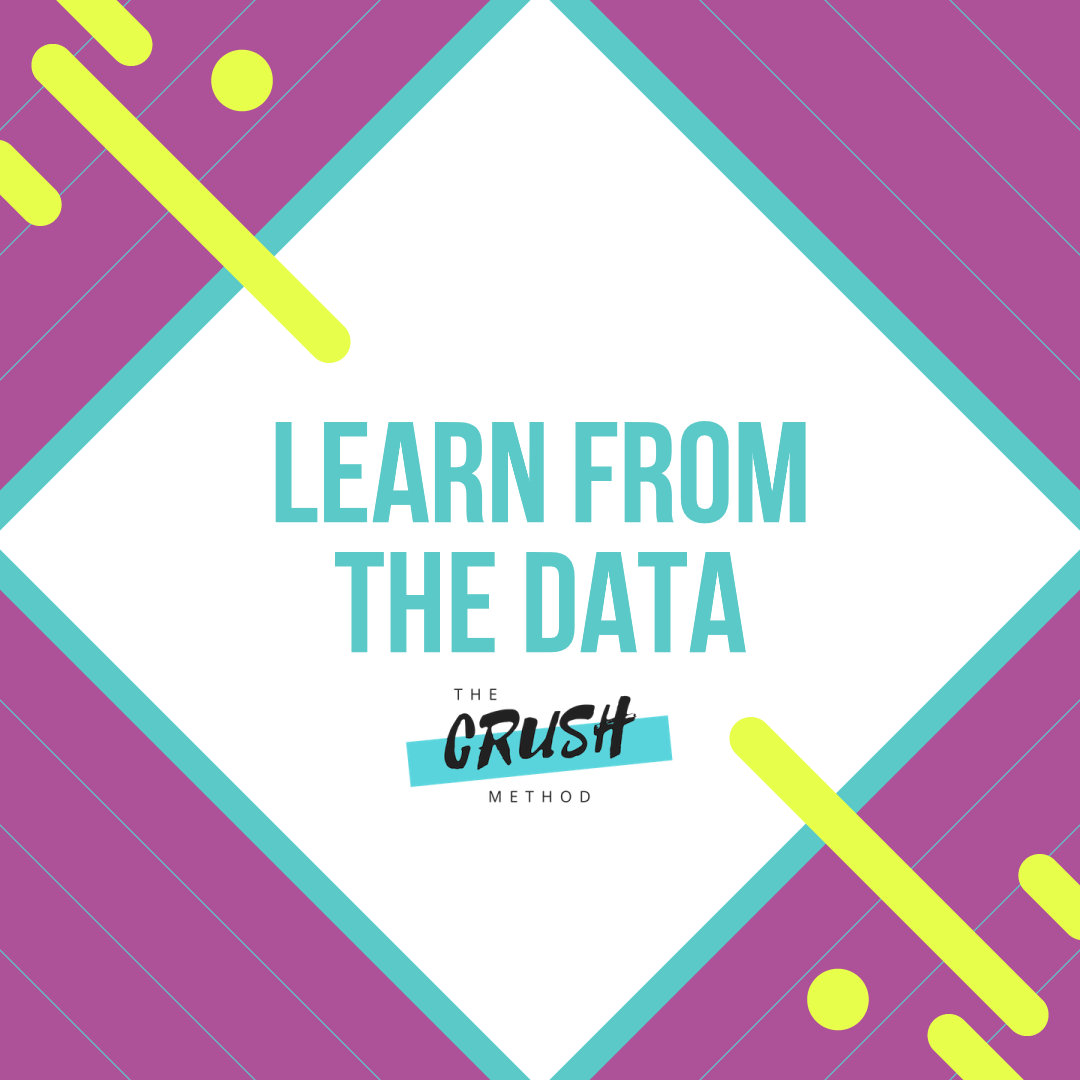 How The Very Best Coaches Outperform The Rest

Hi there. My name is Amanda Kaufman. And I'm Chris Lavelle. And you're watching The CRUSH Method Show. And we just wrapped up a training in our group, The Coach's Plaza, all about high performing coaches and what they do a little differently to make their businesses run. Yeah. What they do different from the rest of the folks, so to speak. Yeah. Yes, Exactly.

Because I got to tell you when I started my coaching journey, I have to say, I looked left and I looked right and I saw a lot of struggling coaches. Absolutely. You were one of them. I was one of. I was one. We were doing kind of the same things that everybody else was doing and getting kind of the same results,

which is not a lot to be quite honest. Exactly. And, and I knew that I needed to do something different to get a different result, but I was really panicked for a second there because I was investing in very high-end masterminds and lots of programs, but I wasn't seeing people necessarily succeed differently unless they had a few of the ingredients that we're going to talk about here today.

Absolutely. So I actually really love doing programs. We still invest in a lot of programs and coaching ourselves because they do help you go faster. Well, sure. They give you new ideas, fresh perspectives, new techniques, But there's a couple of extra ingredients that I think really make the difference as to whether you're going to get a lot out of that program or not.

Absolutely. And a lot of that comes down to perspective in part. And the first one is anyone can be a high performer. It's not an innate talent, but it is a choice to embrace higher-performing habits. That really makes a difference. So huge. You know, I think a lot of times when people enroll in programs or masterminds or they joined networking groups or they get a certification,

they kind of have an expectation that, okay, I put down my credit card, I gave you 16 numbers plus an expiry date. Like it worked right. It magically going to happen. Now the money is out of my account. Aren't I successful? And of course not right. Got to do some work. You have to do lots of work.

And the, the work of, of building a coaching business, just to take any of the mystery out of it. Most of the work that most people don't want to do is talking to people. Absolutely. I know that was something I didn't want to do. Oh, absolutely. Sales seems to scare people, Market research, market marketing, messaging,

Well, that's one of the areas where they really change performance. Yeah. And you know, what's interesting is, is that it's not for lack of time because the time that I see a lower-performing coach spend often is spent on ruminating or in distraction or starting over again. I know that was definitely Affecting their course or their program. They're creating. I know for me,

And I would just consume, consume, consume. And I'm not against consumption because I've learned a lot of things from consuming content. You can find some new stuff. And I had to find like this medium, this happy medium, where I wasn't blindly consuming anymore, I was being more targeted in what was I wanting to intentionally learn, Learn more on the topic,

areas that we're going to really shift your performance and apply it and apply it. And apply. What I was learning. If you have the encyclopedia, does you no good. If you can't put it to use. Yeah. Which takes me to the second point, which is, you know, learning to stop being so emotional over every result.

my emotions basically showed up as a lot of indecision and, and it was, it was, it was constantly beating myself up about decisions and not making the right decision. And is it the wrong decision? Yeah. I constantly stressed about other people's opinions. Yeah. Like to the point of just like, I'm not going to do it, or I'm going to delay and again,

getting into like a ton of distraction. Cause the thing is, is if you let your emotions rule what'll happen is you're going to get pulled into distraction or, or things that are going to pull you off of your trajectory. And that's just normal human behavior. Like what I'm talking about, this is not because I'm like, well, I am weird,

stuff like that. And you're really going for it on your own. That can be intimidating. It can be. And especially then if you're an emotional entrepreneur and you take all of the things happening personally and blame and blame yourself, or praise yourself for it, when really it's not necessarily going to move the needle for you. Instead, what we advocate for is more,

a data-driven decision or entrepreneurial approach. Let the data guide where you're going to go. Don't take it personally. It's not about you. It's just data and let that data help guide you to better decisions, better actions that are really going to help move the needle in your coaching business. It's it's so interesting. I've been, I've been reading a book and it was talking about stoicism and it was talking about like,

like one of the most damaging beliefs that we have is that we believe we must be successful. And I was like, oh, snap. Right? Like that is probably one of the big issues that, that I think that I certainly had as a new coach is, is that I really did have a belief that I, everything I touched needed to be gold.

that you just do. And it just is that stoicism, right? It's like, it just Is. It's just data. There's no emotion. There's no emotion Tied to it whatsoever. Like when I, when I could start to truly detach from the emotional outcome of my sales calls, for example, and I just allowed the calls to happen. I love to tell people about my first full year as a coach,

I need to talk about this. So my 2.6% close rate, here's what it gave me. Right. I know from practically the word go, when I'm talking to someone, whether they're going to be able to have a conversation with me about one of my high ticket coaching programs and it's not coming from a place of judgment, it's coming from a place of data.

650+ people. It's Not because I figured out what to say it's because I figured out what didn't work. Absolutely, Absolutely. That old adage of you learn more from your mistakes than you do your successes, your successes, especially being an emotional human and you are an emotional human because you're human. You're not a robot, but as a result, when you get a success,

you tend to think I did it. I'm awesome. But you don't necessarily learn how to do that again, you tend to learn better from the mistakes. 2.6 at Amanda's point. I think mine was probably lower than that at one point, for sure. And now many thousands of people later that we've talked to, literally between the two of us, we've talked to thousands of coaches at this point,

that you just time takes time. You can't rush time. You can't rush time. But I think that one of the big things that really separates the lower and the higher performer is that there's a lot of lower performance that take a ton of time as well, but they're not focused on the activities that are really going to move the needle forward. Now we did a whole training on this.

This actually ended up being a training that we posted in our guides area of The Coach's Plaza, free Facebook group that you can come Join by- Thirty-five minutes of training. Yeah, it's great. So if you want to come check it out, please do so go to www dot the coaches, plaza.com. We can't wait to see you there to go deeper.

We want to go deeper with you. So come check it out and we will see you in the group. All best coach!