Get Our Consciousness-Based Selling Formula

Does it make you cringe to hear the word sales? Would you rather get all the other areas of your coaching business worked out perfectly before investing in sales?

If so, you’re going to want to catch this week’s episode of The CRUSH Method Show so you can kick that fear of icky sales!

This week, Amanda and Chris are discussing the importance of taking care of your customer base from the very beginning and how that can make your sales conversations a little easier.

They’re also covering some tips on maintaining strong, long-term relationships and why those are better than the “one-and-done” relationships you may be involved with right now.

Don’t miss out on this free discussion that is going to help you get over the fear of sales and make you a confident seller with strong relationships that are reciprocating consent.

Join the CEO Coach Community at The Coach’s Plaza at www.thecoachesplaza.com

Get the full vlog, transcript, and mp3 at https://bit.ly/3sFTcsQ 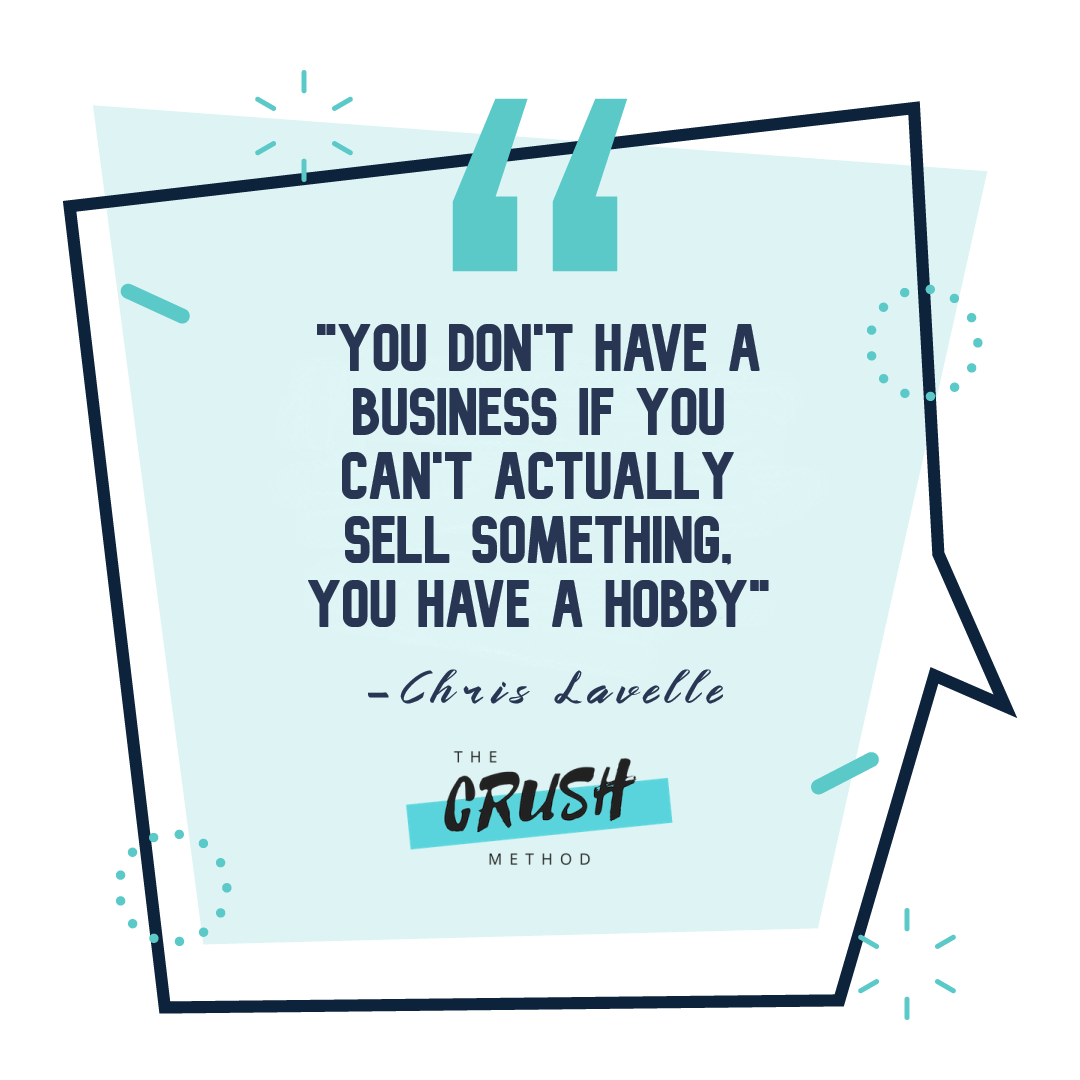 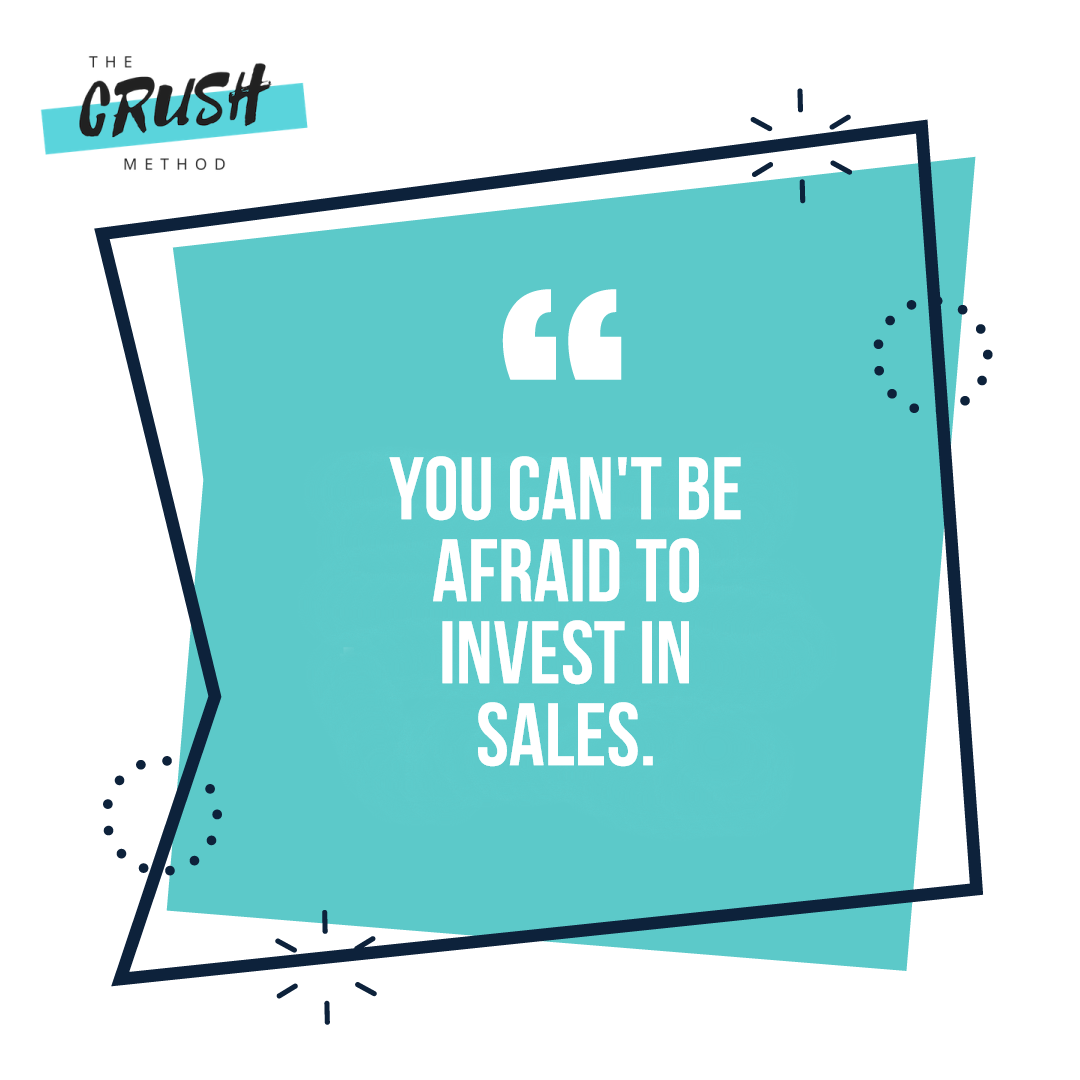 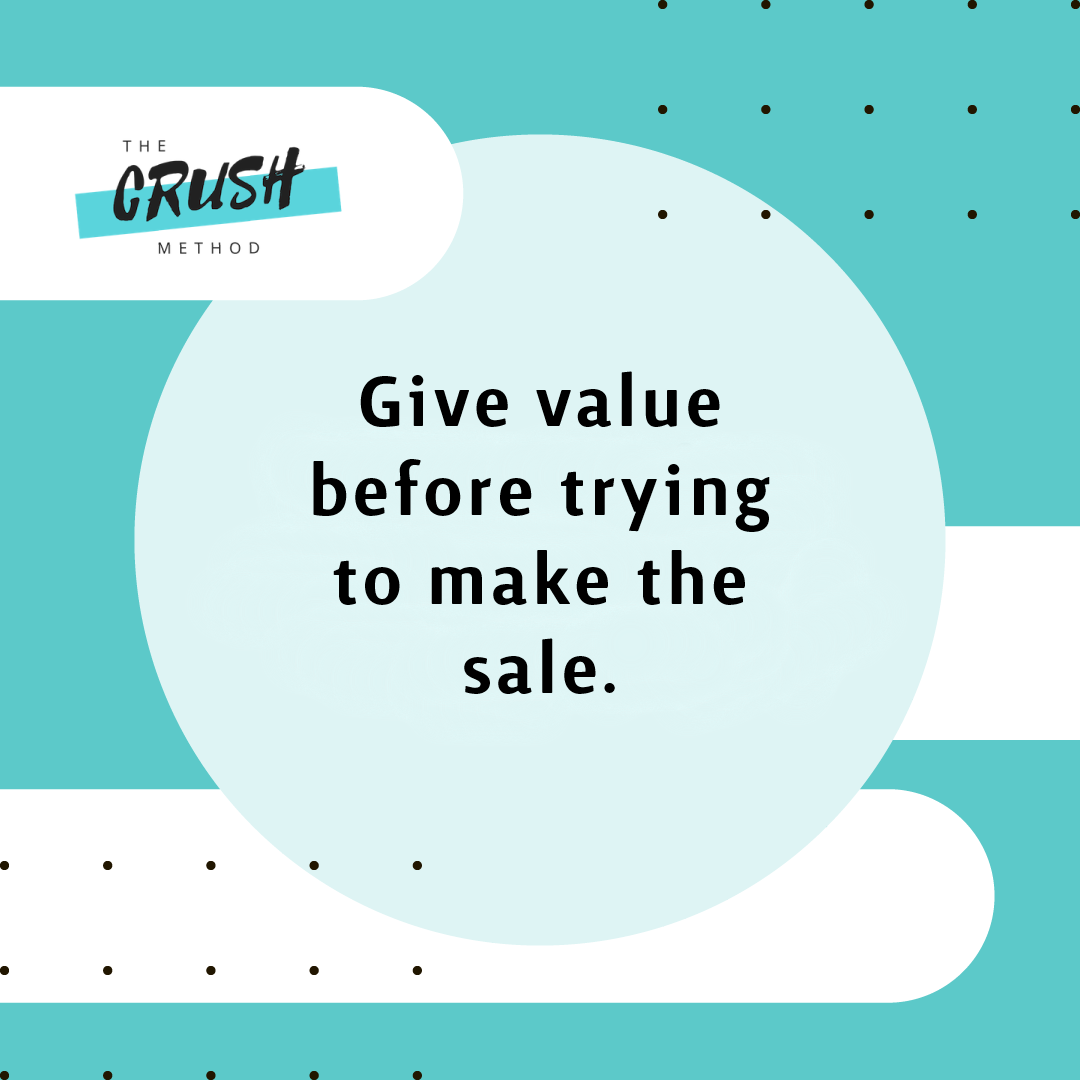 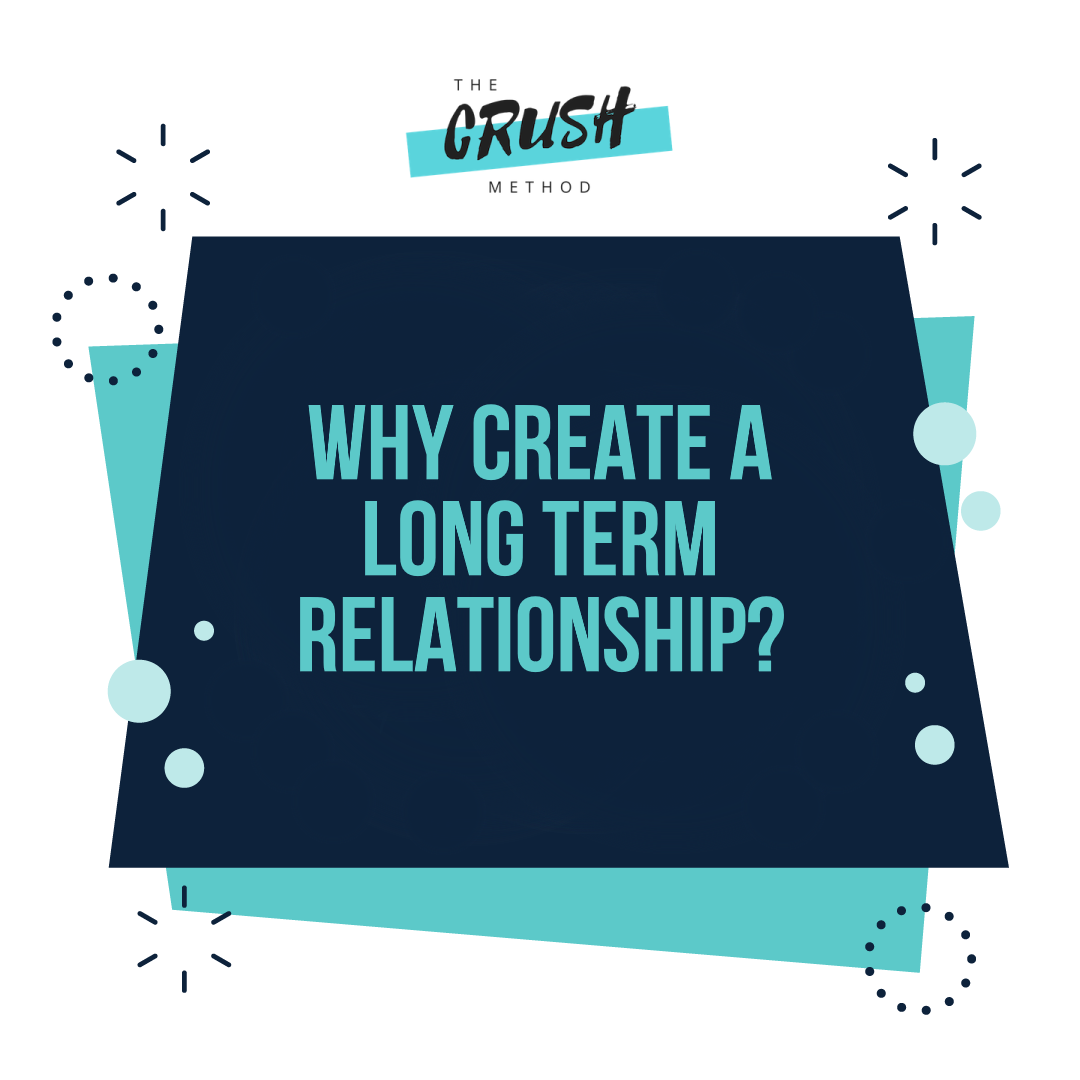 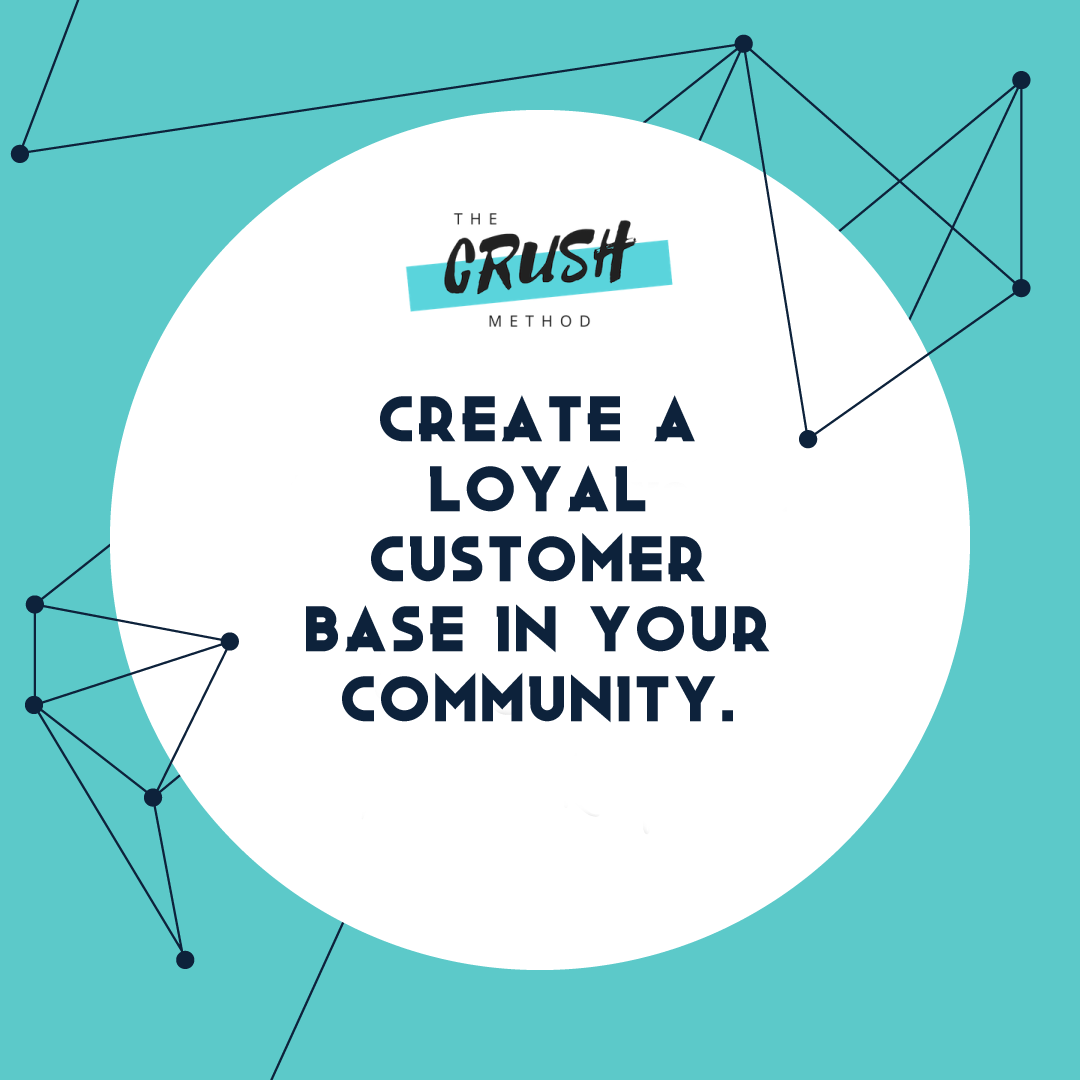 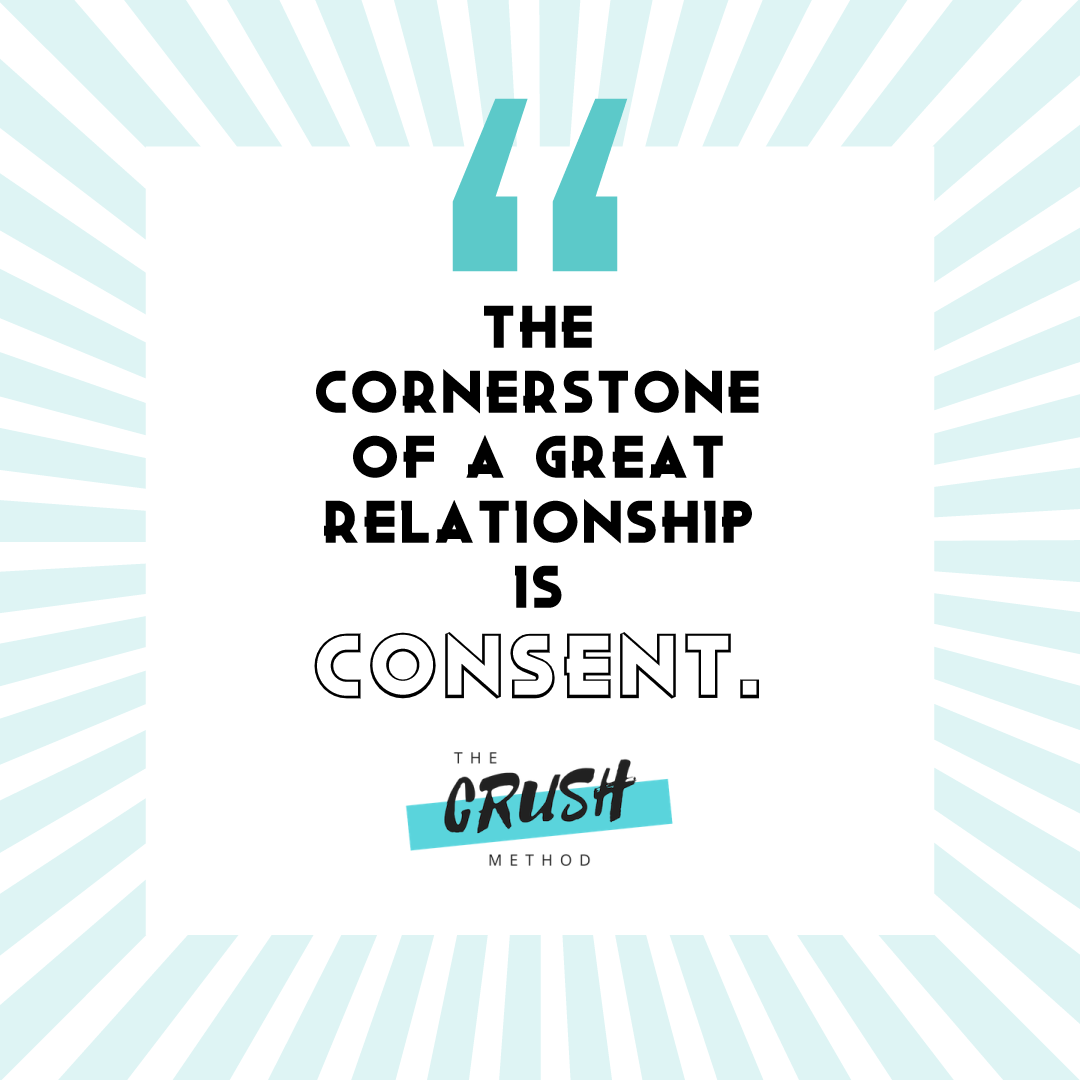 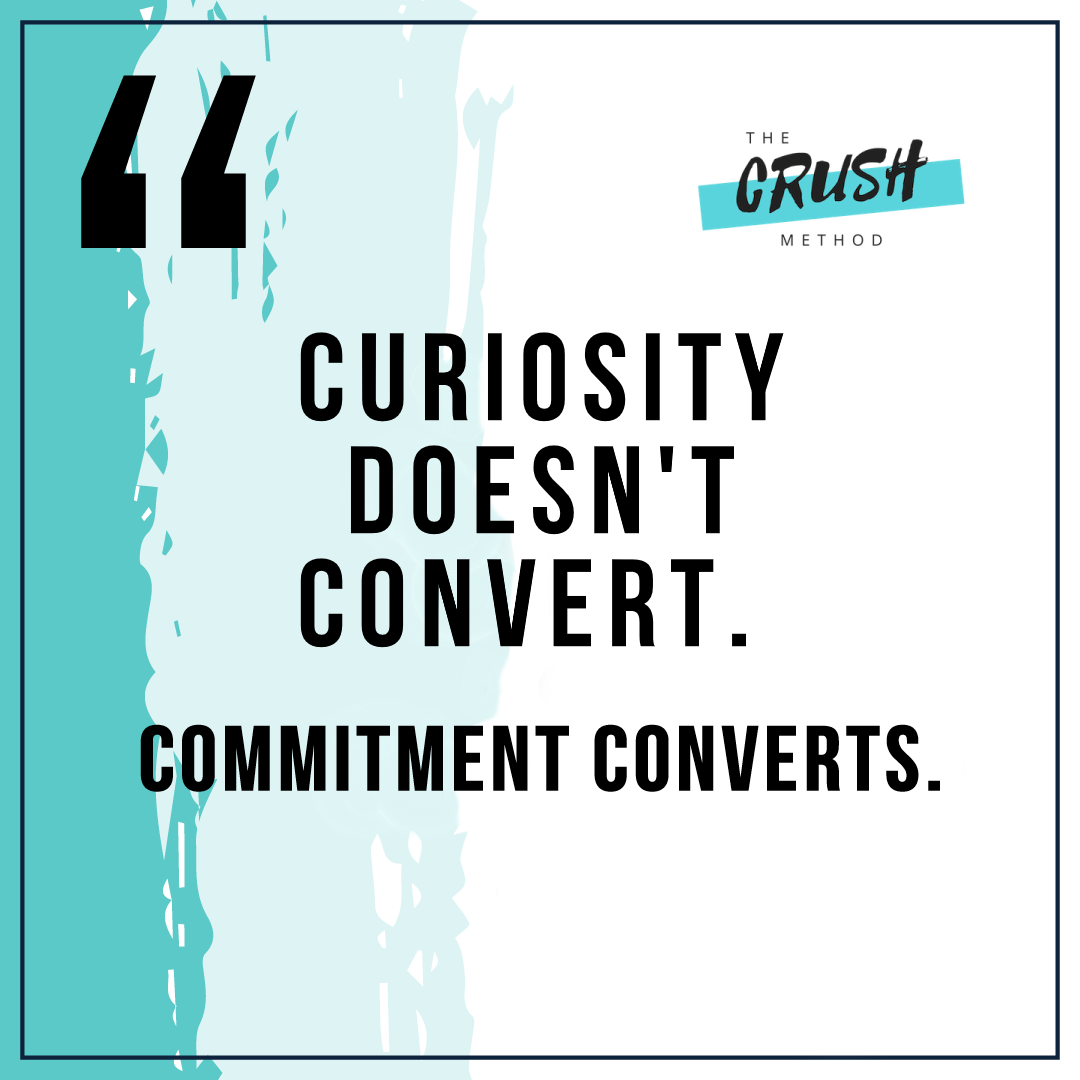 Get Our Consciousness-Based Selling Formula

Do you have a genius zone with your coaching, but you struggle with how to sell it? We're going to be talking about how we approach selling, using our consciousness-based selling formula on The CRUSH Method Show today. Well, this was hard-won, like how to, how to actually properly sell coaching. Yeah. Oh man, this absolutely is key to any successful business.

You don't have a business if you can't actually sell something successfully, you have a hobby. Exactly. I remember wanting to leave my corporate career and I really struggled with how do I actually make money as a coach though? You know, I understood that I wanted to become something else other than what I was in corporate. And I found a lot of resources that said,

you know, become this kind of coach become that kind of coach, but I was still really struggling with putting the pieces together on how do you make money though, as a coach? Well, you were very successful in a corporate role selling projects as big as $30 million, but it's a very different type of selling than one-on-one or one-to-a-group coaching sales.

And so you had some learning to do on that. And in the corporate setting, it all felt more tangible, you know, like, and it felt in a way, a lot less risky because- Less personal- it was less personal, exactly. It was somebody else's money. And, you know, I had the corporation to kind of fall back on and you know,

I invested in how to market, how to do digital marketing. Well, like a lot of coaches, you invested in all these areas, but you were scared of investing in sales. I was really scared of sales. And you know, earlier today we actually did this training, a full blown training, talking about consciousness-based selling in our group. And we were kind of laughing because whenever we do a training on sales in the group,

Well it's because everybody's uncomfortable with the word sales. They really are. They all think of these icky used car salespeople and things, and it makes them all feel kind of gross. Well, it hurts our marketing. It hurts our marketing. Honestly, it really does, but I keep talking about it because honestly like good for you if you're listening to this. Good for you!

We have quite a lot that we've built over the years that I'm really excited, but, but it would never have happened if I hadn't learned how to sell. Sales. Yeah, selling is really the, the big crux of it. So, you know, I think one of the biggest things to keep in mind with consciousness-based selling or selling in general,

is that what happens before the sale is really important. I, I used to think that selling was always, always about what happened as soon as they got into a consult. The magic Jedi mind tricks you use on the call, the right words, that trip the synopsis in the brain and make them say yes, but no, that's not really what it's about.

It really is from the very first time they interact with you all the way up to the close and even all the way through your programs. Like it is the entire journey of your relationship. And it starts with, did they get value from you from the beginning? Ah, ah right there. So it's, it's- Look. Invite people to sales calls when you've already delivered

great, amazing value. That's the key with that. Don't- the first time you deliver value, be on a sales call, give them something first to help them recognize, "Wow. If they're giving away free value, that's this amazing. Imagine what it's like to talk to them about a real program where we can really make some change and results happen."

There's a massive trend right now of cold calling and cold outreach on, on messenger. And the thing is, is the trend wouldn't be there if it didn't work. Okay. Unfortunately, it does work for some. It does work, but I gotta tell you, it's not my personal style. And I will also tell you that it doesn't take a lot of runway to be able to create value for people for like a month and have that,

why don't we be that kind of friends? So when your phone rings, you want to answer it. I really love that. You know, you're describing a big principle of negotiation, which is when you can create a win-win relationship. What you wind up with is a longer-term relationship. And a lot of businesses can make a lot of money by having one transaction one time.

And yeah, you could do that. There's a lot of people in the world. They're all- you know, you can build an online business that basically is just, "I made one transaction from one person one time," but it's kind of funny. Like if you were to look at our statistics inside our business, which I'm not going to tell you all the details of,

but I will tell you this. I will tell you this. We do not have a massively huge community, but we have very loyal, very loyal customer base. And people tend to buy from us more often. Repeatedly. We have repeat customers. Yeah. So It's not a one-and-done kind of thing for us. We're in for the long haul, we're in for the relationship, we want to help people build lasting businesses.

And the best way for us to do that is to give a lot of value before we ever even say, "Hey, by the way, can we help you further? We've got some programs that might help you a little more." I think you also risk a lot when you churn and burn through people, you know, and if you're not really into it for the longer term relationship,

or you're not setting up your business in a way that it's designed for a longer-term relationship. Yeah. I think it kind of sets you up. Not only from a dollar perspective, but from a- Like a value- Energy and a mindset perspective and an emotional perspective. Churn and burn isn't good for you either, Coach. No it's not good for you. So, so, so that's kind of the first thing is just getting a lot of clarity about having value that you give first and being patient for that relationship to unfold.

Like, you know, and it's, it's never, I'm starting to veer into like marriage territory, but, but I think that you can do it and approach it in such a way that it doesn't have to be meek. You know, it can be, it can be still very much in your power, but at the same time, holding that space for the person saying like,

"Here's what you can expect from a call like this." Here's- take them, take a moment to actually understand the person's situation and why they're talking to you now. Why are they making space to talk to you, Coach? Ask questions. Ask those questions, understand what they want to accomplish in the next 30 to 60 to 90 days and curious doesn't convert. So if they're just talking to you,

because they're curious- "I just thought your ad looked pretty," for example, that does not convert. They're not going to. You have got to go a little deeper. You've got to dig a little deeper and ask those questions, get that permission and fully help them understand what's coming in the situation, the conversation you're going to have before you ever make an offer,

What is their commitment? Like, what are they committed to? What is it that they want to change? Cause commitment converts. So, you know, that's a, that's a really kind of a big, big thing with consciousness-based selling is it's raising the consciousness of what is making them show up right now to have this conversation that now's the perfect time to have that conversation.

And, and we just finished this training in our group, The Coaches Plaza, where we said, "Hey, don't make an offer to everybody. You know, just because they have a heartbeat, doesn't mean that you have to give them an offer, give them an offer, you know, not everybody's your perfect ideal client." Nope. Then a lot of people are just not even a good client.

Sometimes the whole point is just to raise clarity for you and them that, "Hey, do you, or do you not- either one of you, want to move forward with this." Exactly. It can feel like, especially in the beginning, like you have something to prove or that you have to say, "Yes, I want to work with you," just because somebody is giving you the time of day.

And that's understandable. But it's not the only way. But like I said, play that longer game because it's, it's really important that you have high integrity with what you're selling and who you're selling it to. We have more training on this and you can get the whole training in our group, The Coaches Plaza. So I'm going to invite you to come and join us in there.

It's really easy. You should find the link below this video. You can also just go to www.thecoachesplaza.com. Come join us absolutely for free. We'd love to see you. And I hope you have an amazing day. We'll see you in the group. All best, coaches. Bye-Bye. (MWAH)