Using marketing strategies to create more clients in your coaching business doesn’t have to be over complicated and anxiety filled. In fact, there are plenty of simple strategies that take less than an hour to implement that you could start testing today!

You’re going to want to catch this week’s episode of The CRUSH Method Show so you can gain a few more tricks up your sleeve to start conversations and keep the engagement going.

This week, Amanda and Chris are talking about some strategies they use to get into conversations with potential clients faster and how to not over complicate your approach to avoid burnout.

They’ll also be covering some new insights on community appreciation and how to capitalise on being a small business and what benefits that entails.

Don’t miss out on this free discussion that’s going to show you what you need in order to connect with your potential clients and how to do it in under 3 hours!

Join the CEO Coach Community at The Coach’s Plaza at www.thecoachesplaza.com

Get the full vlog, transcript, and mp3 at https://bit.ly/3fwwa2Z 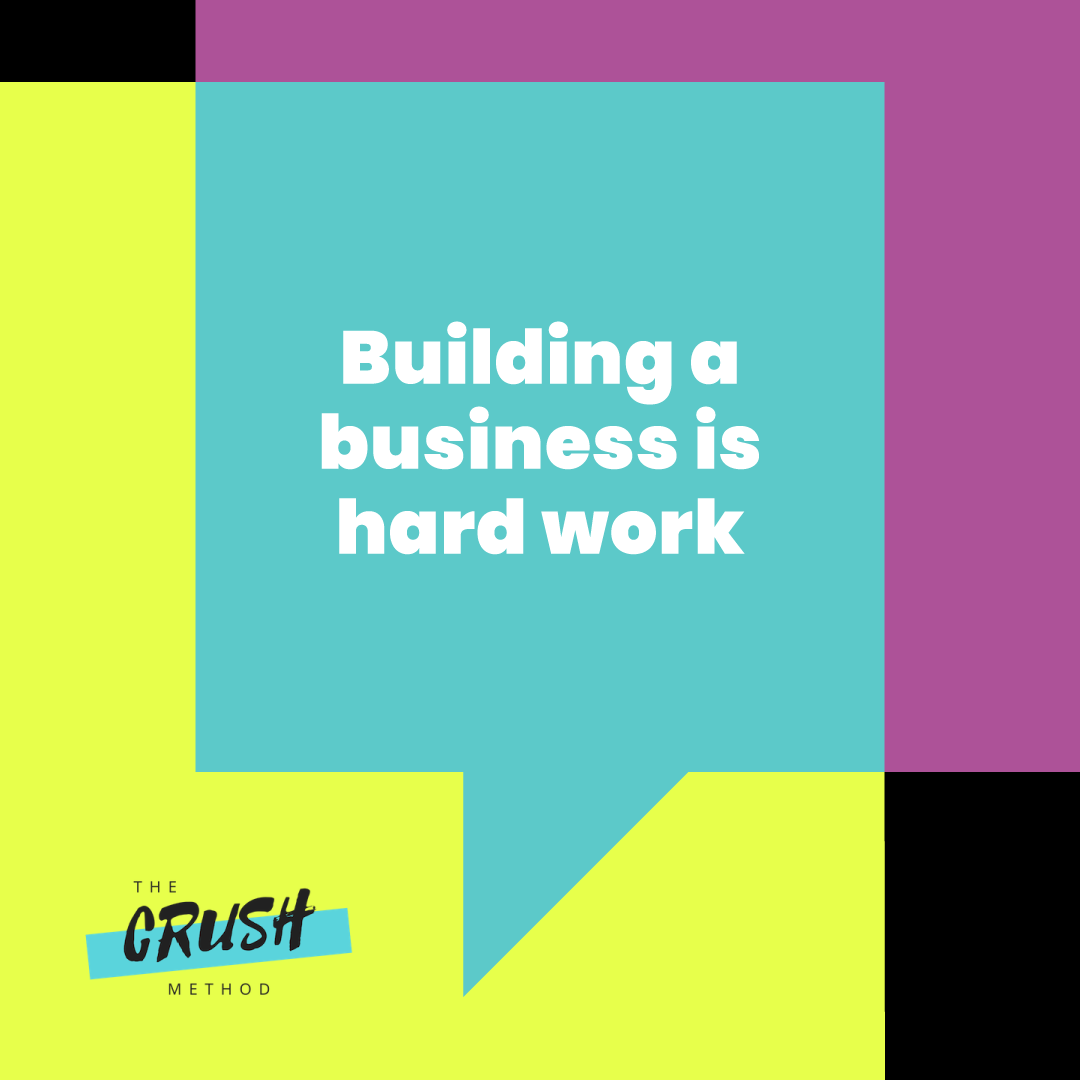 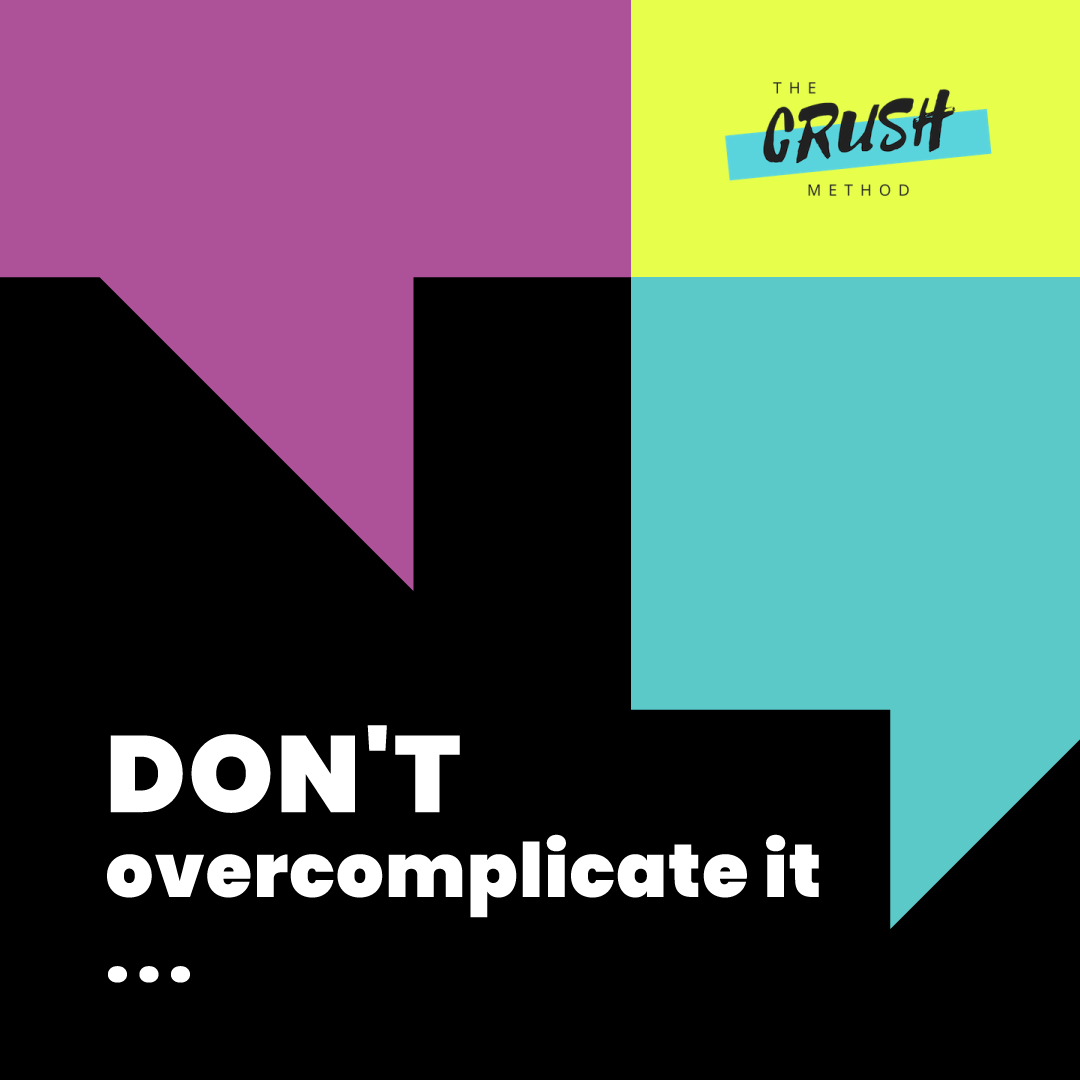 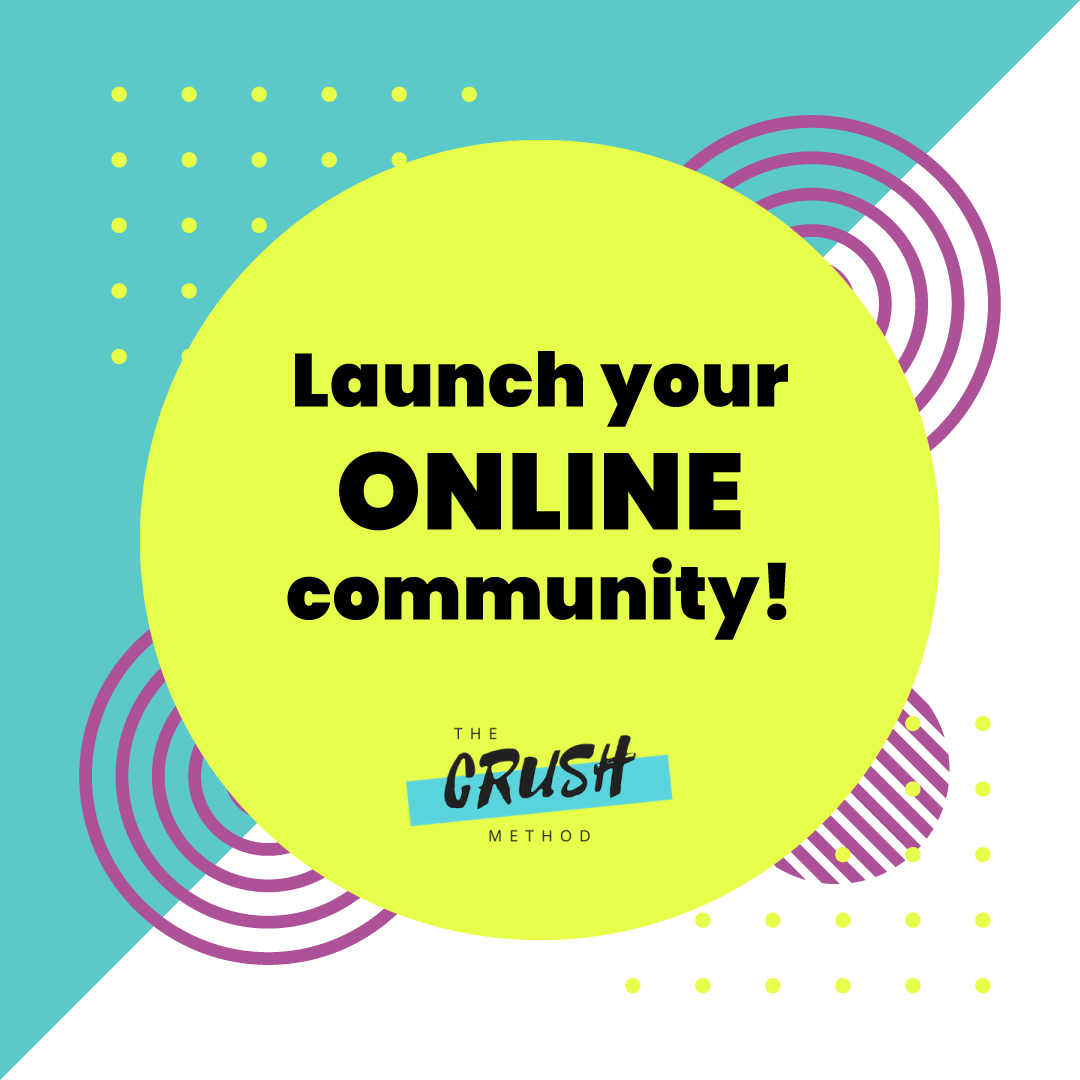 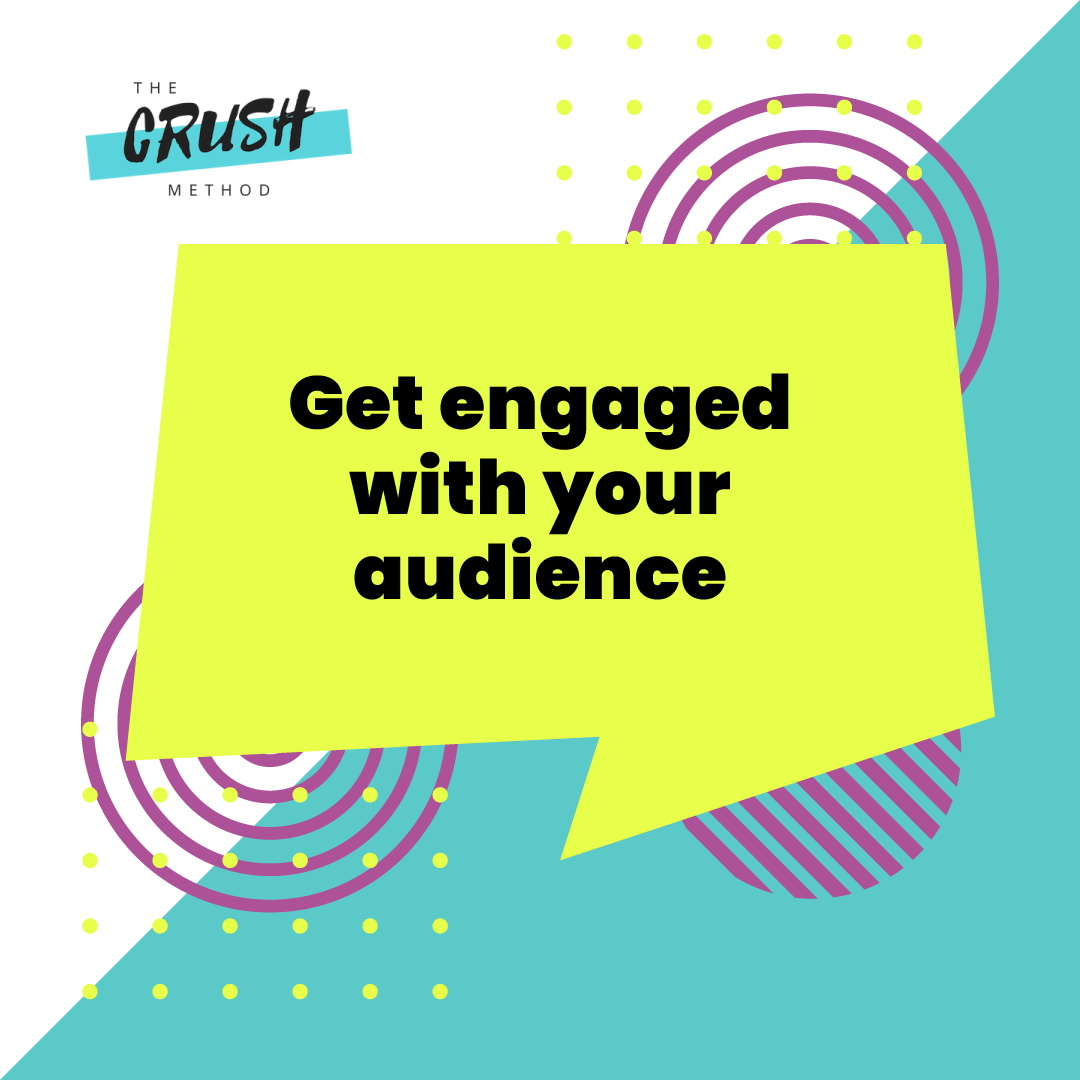 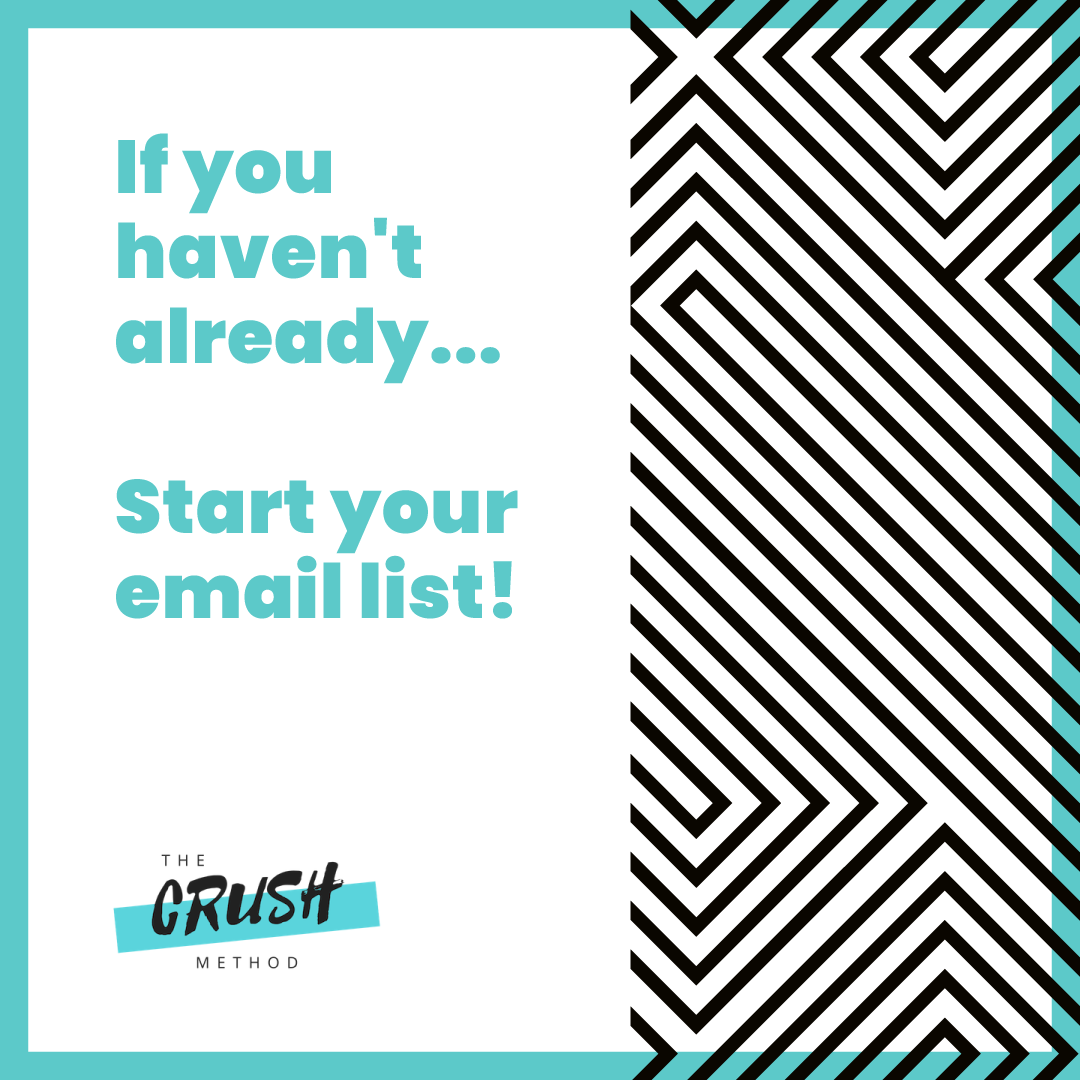 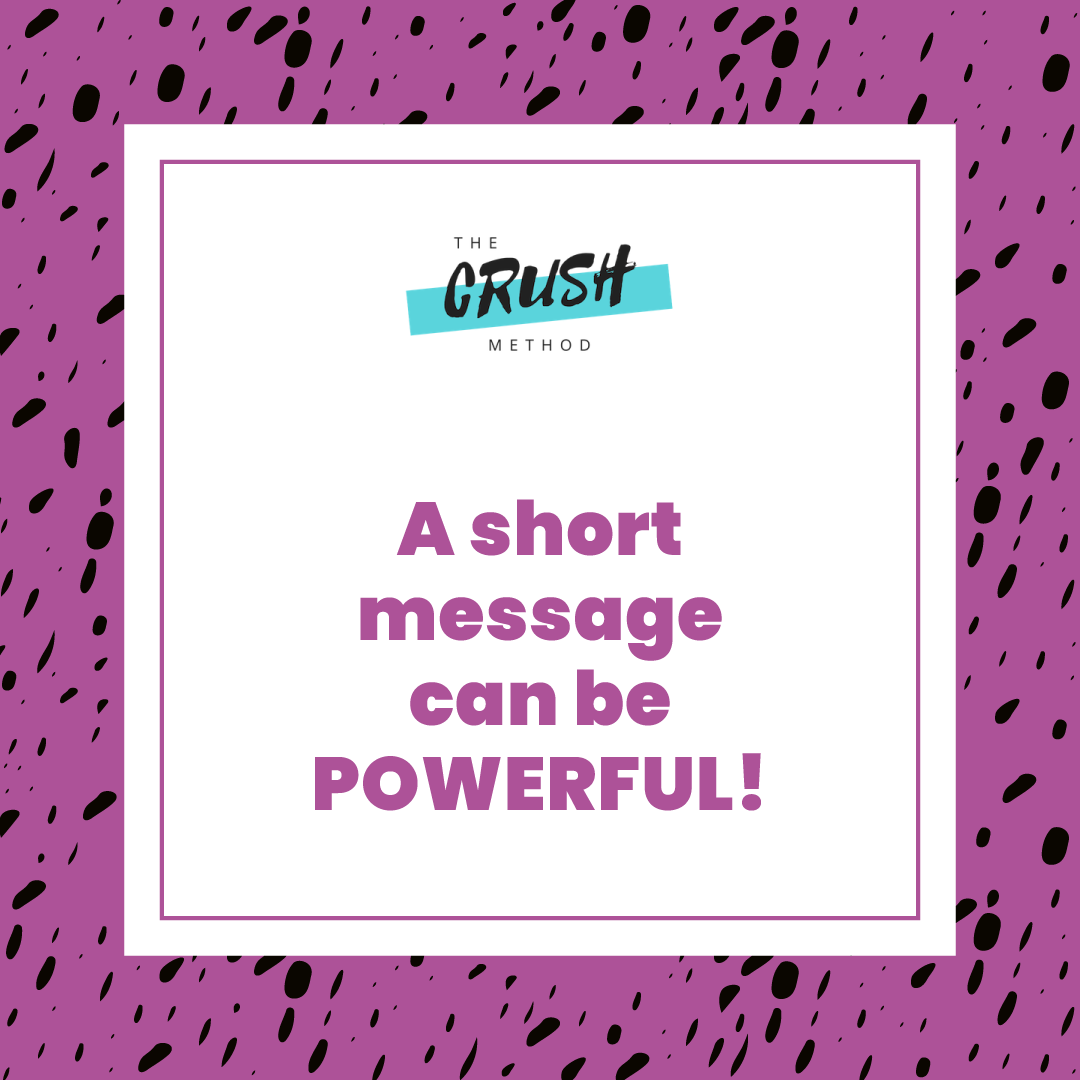 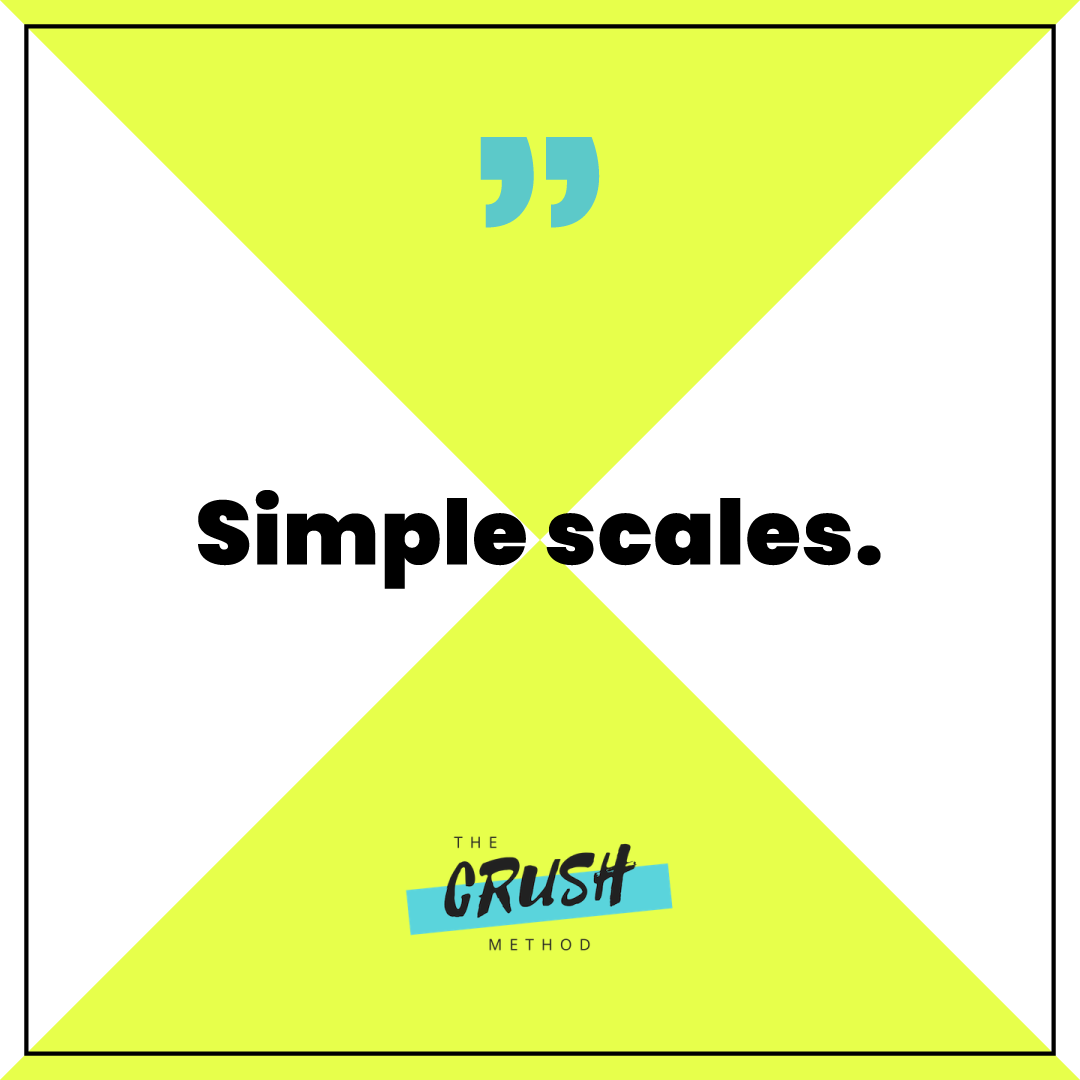 Hey there, Amanda here, and you're watching The CRUSH Method Show. And today we are going to be talking about some strategies to get you into conversations with potential clients faster. Faster! Quickly under three hours. Yes. Now we just did a full blown training on this in our free Facebook group that you can join thecoachesplaza.com. Come join us. Come join us and watch the entire training.

But we wanted to give you a few tips, some ideas, because so many of our clients have been studying a lot of marketing over the years. And I cannot tell you how many coaching calls our clients come on to. And they give us big extravagant, complicated, automated very very very very big plans- Oh my gosh, they've built the encyclopedia. Britannica and have not even sold the first client yet, but they've already built the Britannica.

Don't build something that big, let us help you with, for example, these three strategies. Exactly. So, so wanted to go over this and why it's so important, Coach, is because if you over-engineer, the wrong machine, you will spend first of all, so much time not doing it. And then you will spend so much time beating yourself up about what you're not building.

that's a Kevin Costner movie. That's not a coaching business. But there are some strategies you can put in place to quickly help you get things out and moving, and action, and actually attracting people to see if there's people interested in that thing you want to do. Exactly. Exactly. Now these scrappy quick little strategies. These are not stand-alone ways for you to build your business.

and it might not work. And what we're about to share with you are things that have worked for us and have worked for our clients often enough that we felt we should mention it. But as a result, it's worth a mention, but it's definitely not- and you know, us representing that, if you do this, you will definitely get the result,

because that is just not the way business works. Nope. Sometimes you have to try a lot of different things and some will work for you and some won't, excuse me, but you have to actually try them. You've got to get into action. And these three are ones that we've tried and we've seen really work for us and the people we work with and help. Exactly exactly.

Now, spoiler, we did like so much deeper dive in The Coach's Plaza. I'm going to just encourage you to just watch all of that in detail in the group, but here it is in just like the briefest form. Yeah, join the group to get the full thing. Yeah. So the three things are: launch a community online, use a nine word email and a micro experience.

Oh, you're really teasing. I'm kidding. We're going to go a little more into it, but- gunna give you a little more. Little more, little more than that. So launching a community online, you know, I, I recently, we recently relaunched the Accelerator Program. Not that recently, I guess it's been a few months now, but- Which is one of our product offerings to help coaches.

I was recording the, how to training for launching the Facebook group. And it was comprehensive. You know, I had a Canva image in there for the cover page. I had the, the, the about us section. I had like all the settings- It was pretty involved because it's part of the training. Yeah. And it was 57 minutes of content.

So under an hour, I think is the point of that. So in under an hour, this first strategy of creating a community, a group, for example, maybe a Facebook group is a great way to get things rolling for your coaching business. Exactly. When I first did this a few years ago, it basically attracted 47 people. And I think only six of them were family members.

I was one, but out of those 47 people in that first group, that was the source of her first six figures in her coaching business. That was a small little group. And I had more to it. Like it wasn't just like, oh, you know, Facebook group launch and then money! Of course. Well, and that's, I think, part of the key here with this strategy is it's not just create a group and they will come,

it needs to be focused on a goal that's consistent for the group, a goal that they care about accomplishing. And what I actually really did is I had conversations going in the group. I think I did like a really, really, really scrappy, very badly done challenge, like- It was an early challenge- Very early, like, just talk into the camera and hope for the best kind of,

kind of a challenge- But that's where it starts. But that's where it starts. Right? And, but more importantly, I engaged individually with every single person who joined that community to make sure that they knew that I appreciated them. I appreciated them joining. I checked in with them on that crappy challenge. And I was just like, are you enjoying it?

Are you loving it? And you know what they said? They did! They loved it. They loved it. They were like, "Oh, this is great. You know, I never get this amount of attention." And I think like when you're a small business, you really underestimate just how powerful it is to be able to talk to individuals. To be approachable,

put a pin that. You may hear more on that. Now I said, it took 57 minutes to show you how to do all the settings in the Facebook group. I'll give you a big hint. That's not the hard part. Right? So the harder part is of course, sustaining that community, having the right content, the right, the right strategies and so on.

And these are all things that we work on with our clients when they hire us. We help them with having targeted messaging and having the right kind of offer and building for a real community. So we don't want to oversimplify this, but at the same time, we also don't want to over-complicate it, right? It doesn't have to be that complex.

And that's why we gave you strategy number one, community group, online, something you can do in under an hour. Exactly. My other next favorite is- I love this one so much, right? Like I don't use it every month. You can't use it too often. This one you have to use every once in a while. I like, I try to only use it once every two months,

It has to rhyme in a certain way. No, what it is is it's basically just a really targeted question sent to your email list and it's, it's inviting a very direct response. So it's, it's just so elegant because I think- Like a haiku. Like a haiku. I think a lot of, you know, marketing and direct response, marketing and copywriting it's it's so like long-form sales letter.

Very flowery, deep story. Sometimes you need Moby Dick. Sometimes you just need, "Hey, let's talk about the thing that's bothering you." Yes. And that actually might be an example of a way to use a nine-word email to start a conversation. Short. Short. Notice I said, "Hey, let's talk about what's bothering you." Yeah. So the nine-word email,

Yeah. So if it's like- in our business, we would send one that's like, "Do you still want help growing your coaching business?" Oh, I think that's nine, nine words. Right? Ish. Ish, there ya go. Don't Let the perfect be the enemy of the good. But it tells you very clearly what we're there to help you with as a result. And if that's something you're trying to do,

you might open it up and see what else. Yeah, Exactly. And then you reply going, "Yeah. What, so what, what's it to ya?" And then I might reply and say, you know, "We're working on something pretty cool. I'd love to talk to you about it. Here's, you know, three little bullets about it. Do you have some time this week I'm available at this time,

at this time, which works best for you?" And they go, "I can talk on Tuesday at four" and here you go. Right? So you're starting a dialogue. That's the whole point with his strategy. How quickly can you write nine words? Honestly like- Probably eight seconds. I'll agonize on this one for approximately 20 minutes. Point is, It doesn't take a long time though.

It's again, under an hour easily. Can you write nine words or so ish and under an hour? Chances are pretty good. Honestly with this strategy, the biggest challenge that I have recommending it to my clients is that they haven't started their email list. Yet. You've got to have some people to send the nine-word email to before you can really use this strategy.

It can be very lucrative. If you're like, "I can't do it." And it's like, well, start the email list. And this is again something that we work on with our clients every day. So we have actually a lot more training on this in The Coach's Plaza, along with a very detailed accounting of what exactly the micro experience is, which is a really ninja cool strategy.

And I'm going to invite you to go and check it out. So a real pleasure sharing with you some strategies. My biggest thing, that- the hugest thing I would love for you to take away from this week's show is how can you take a lot of the complexity out? You know, simple scales. So how can you take lots of what you're trying to do down to,

Just as simple as fitting on a whiteboard or a sim- as simple as fitting on a post-it. How can you really simplify what you're doing so that you can really get some amazing results? The best coaches in the world, the real experts, the ninjas in the field, they'll actually use very simple strategies to help get their communications and points across and have more conversations.